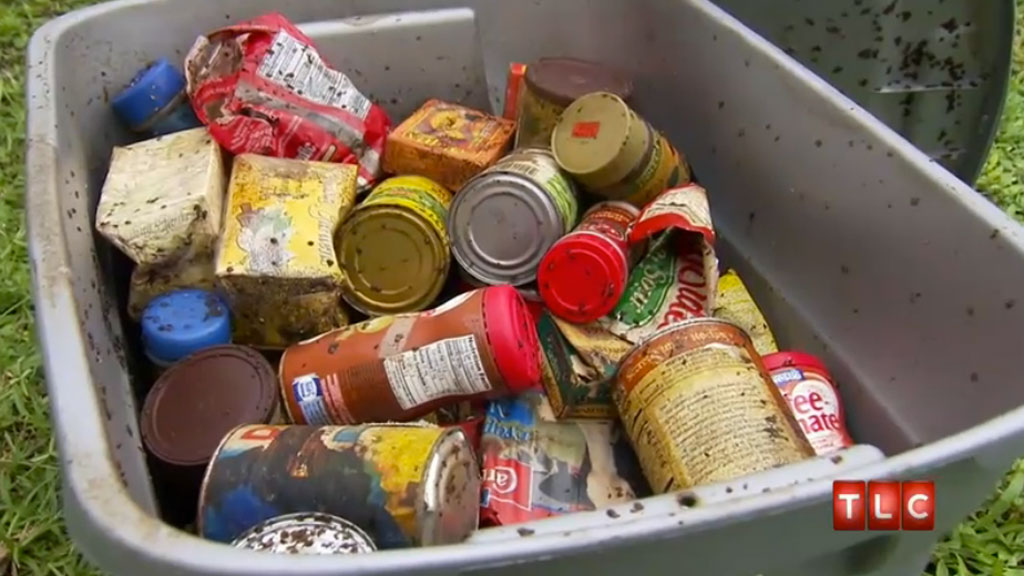 Who Is This Now? Fred.

Why Are We Watching Him? He and two other residents of a seniors’ complex are getting their hoarded apartments cleaned out, on penalty of eviction.

How Did He Get Here? Fred’s hoarding seems to have started with his compulsive shopping, particularly from home shopping networks.

What’s the Grossest Thing We See? A hauler who has the misfortune of opening up a plastic bin to find a variety of foods — some canned, some not — crawling with bugs. At least he’s outside on the lawn at the complex when he throws up all over the place.

What Have We Learned? I’ve said it before and I’ll say it again: Never take a job as a hauler.

Who Is This Now? Debra.

Why Are We Watching Her? She’s helping her daughter Farrah deal with some issues in a live-in couples’ therapy program … which Farrah is doing alone.

How Did She Get Here? Farrah became a celebrity of sorts when she starred on 16 and Pregnant and then on Teen Mom.

What’s the Grossest Thing We See? Debra explains that she would not allow Farrah to terminate her unplanned pregnancy because the family is Christian. She then goes on to excuse having physically abused Farrah (sometimes on camera), apparently because Farrah provoked her.

What Have We Learned? Farrah never had a chance, so good luck to her daughter.

Why Are We Watching Him? His fellow gigolo friends are helping him send his dog, Zeus, from this life into the next.

How Did He Get Here? Brace adopted Zeus in 2010 and apparently treasured him every day since then …

What’s the Grossest Thing We See? … UNTIL BRACE RAN OVER ZEUS WITH HIS CAR AND TOTALLY KILLED HIM?!

What Have We Learned? You kind of lose the right to make a big production out of your dog’s funeral WHEN YOU WERE THE ONE WHO KILLED HIM.

Peter Dinklage Eyed for a Second HBO Drama, 'The Beasts of Valhalla'