Rihanna Just Took on CBS and the NFL … and Won 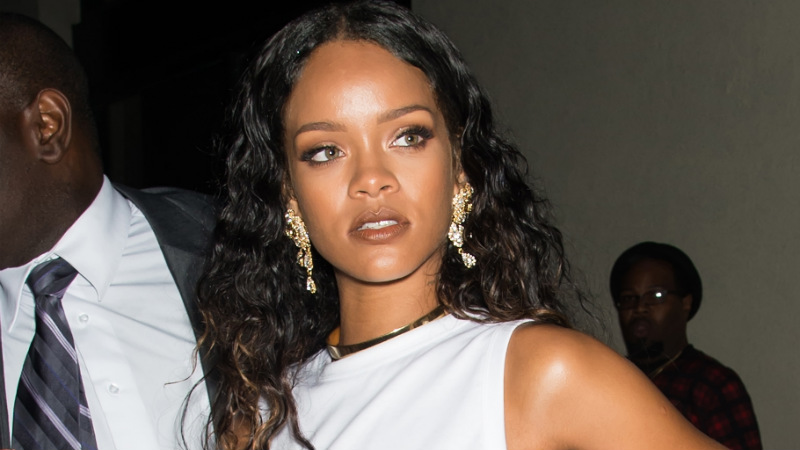 One of the best things about Rihanna as a celebrity is that she actually uses social media to make statements, not just as a corporate launchpad for promotion of her brand. Her Twitter feed is a seemingly uncensored record of her actual thoughts. And this week she took to her platform to tell the world how she felt about last week’s NFL/CBS kerfuffle that used her name for publicity without her consent.

The Jay Z, Rihanna, and Kanye song “Run This Town” was supposed to play before the Ravens-Steelers game as a new intro for Thursday Night Football. Rihanna wasn’t actually involved in any way other than having been part of a song that had been licensed by Roc Nation. There was no new audio or video to go with the intro, and Rihanna was not scheduled to appear, but the press release from CBS read “CBS & NFL Network ‘Run This Town’ for Thursday Night Football Open with Music Featuring Rihanna & Narration by Don Cheadle.” Then the elevator video from Ray Rice’s domestic violence incident with his fiancée (now wife) went public, and CBS decided to pull the new intro. Although the network didn’t give an official reason, the implication seemed clear: Rihanna had been the victim in another very public incident of domestic violence with Chris Brown, and the NFL wanted to distance itself from any associations with domestic violence. This was a pretty dumb way to go about it. It was effectively punishing Rihanna for something that was absolutely not her fault and that she has been trying to distance herself from for the past five years.

Announcing that Rihanna was involved with Thursday Night Football (although she wasn’t really) and then rescinding that involvement felt like a calculated move by NFL and CBS to avoid controversy, but a tone-deaf one. By omitting “Run This Town,” the network and league just drew attention to the fact that they had omitted it, after using Rihanna’s name in promotion. This created a Streisand effect, “the phenomenon whereby an attempt to hide, remove, or censor a piece of information has the unintended consequence of publicizing the information more widely, usually facilitated by the Internet.” The effort to sweep the whole Rihanna thing under the rug felt like an echo of commissioner Roger Goodell’s effort to sweep the whole Ray Rice situation under the rug, which was particularly offensive because Rihanna was the victim, not the abuser in her case, and one who has stated repeatedly that she didn’t wish to be a poster girl for the issue. The NFL and CBS were worried that audiences would make a connection between Ray Rice, Rihanna, the NFL, and domestic violence anyway, but they would also (and did) make the connection through the song’s omission, which smacked of a fantastical desire to make the scandal go away by not discussing it.

The NFL and CBS didn’t ask Rihanna how she felt about any of this, and they probably expected Rihanna not to speak out about it. The plan was to resume using “Run This Town” the next week, for a non-Ravens game, when the Ray Rice scandal would be somewhat in the public rearview. But Bad Gal Riri gives no fucks about preserving the sanctity of the NFL or televised football, and she took to Twitter to vent:

CBS you pulled my song last week, now you wanna slide it back in this Thursday? NO, Fuck you! Y'all are sad for penalizing me for this.

Roc Nation immediately rescinded the CBS/NFL license to use “Run This Town” at Rihanna’s request, a gesture that demonstrated that Riri is not afraid to go against the wishes of an institution as big as the NFL when they conflict with her own. She favorited several tweets from fans supporting her: “Rihanna had every right to pull the plug on CBS. They had no right to do it to her. She wasn’t involved in Ray Rice’s situation,” said one. “‘CBS dropped her song’ .. no, yall was ready to play her shit this week. She told yall no. lets make that clear,” said another. “Glad Rhenna spoke up. CBS pulled a punk ass move.” And then she presumably went back to her amazing life of smoking trees on a California King–size bed with Versace silk sheets.