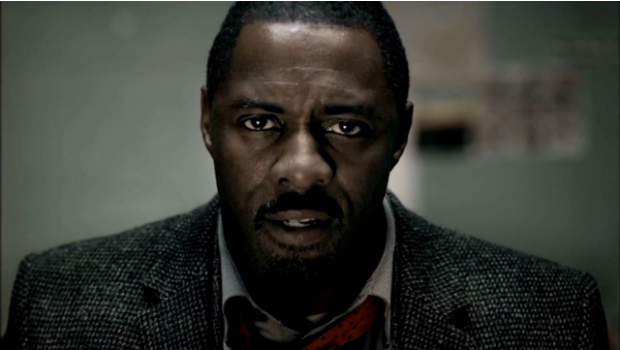 The no. 1 movie in America stars Idris Elba as Colin Evans, an escaped prisoner who spends his ill-gotten freedom showing up at strangers’ front doors. Ordinarily, the sight of this man through your peephole would be like hitting the sexy-house-call lottery. By the time Colin pays his first visit in No Good Deed, however, we’ve already heard a member of the Georgia parole board label him a malignant narcissist. Translation: He loses control when he doesn’t get what he wants. Colin was locked up for involuntary manslaughter, but he’s guilty of far worse crimes, mostly against women.

By the time he arrives at the vast suburban home of Terri Granger (Taraji P. Henson), Colin’s already racked up a body count. Why he doesn’t just snap her neck is a matter of lousy screenwriting (courtesy of Aimee Lagos; the director is Sam Miller). He arrives in the middle of a storm and tells Terri his truck’s been “crashed.” Terri invites him inside while he waits for a tow, even though he was standing 10 feet from the bell with his back to her, looking shady, when she opened the door.

After she serves him tea and gives him dry clothes, she reveals that she used to be a prosecutor of domestic abusers. When she says she doesn’t like being a housewife, the attorney she’s married to (Henry Simmons) reminds her that staying at home was her choice. He does so as he’s headed out for his father’s birthday — by himself. Credulity strains, not for the first time. Wouldn’t grandpa like to celebrate with his daughter-in-law and his two little grandbabies? And what kind of husband leaves his family in the middle of such a storm for just a birthday party? And what’s with the car alarm that goes off whenever it wants? In a movie like this, you’re left thinking: Seriously? Some of these are actually questions Terri’s best friend, Meg (Leslie Bibb), asks. She stops by and starts drinking (in glasses from the Olivia Pope stemware collection) and flirting with Colin. But it takes too long for her to distinguish red flags from red wine. The movie lasts 84 minutes, so it wastes only a little time endangering Terri (and Meg and Terri’s kids).

This is one of those Blank From Hell thrillers, the most iconic of which is The Hand That Rocks the Cradle, with Rebecca De Mornay as the nanny from hell. It’s a perfect formula. The blank’s insane relentlessness, plus the victim’s naive stupidity, plus the victim’s sassily clued-in and therefore doomed friend, plus the resonance of the setting (babysitting, adultery, having a roommate, having a temp, having a fan), plus The Moment The Victim Figures It All Out, equals a sick good time.

Excellence is relative here. A Blank From Hell movie can stink for 84 minutes, as long as the victim sends the blank through a window. No Good Deed manages to check most of those boxes (Meg, you should’ve ducked!), while also being dumb by the very low, loose standards of the genre. We know Elba is playing a nutcase. But it’s possible Henson is playing two or three different women, too. How does a former Atlanta prosecutor get herself in a mess like this? And when she does Figure It All Out, her soft caution turns jagged and obscene. Henson is too smart a star not to know that, to finish Colin off, she’ll need more than keys and fire extinguishers and that rack thing that holds the wood in a fireplace. But here I am, blaming the victim.

Last week, Screen Gems’s No Good Deed canceled its media screenings at the last minute. Officially, the studio didn’t want the plot surprise spoiled, as if the press couldn’t handle a plot twist. This one makes you gasp, but it loses its flavor almost instantly. Again: Seriously? It’s also possible the studio canceled those screenings because the movie’s timing is bad. Is this the week for a movie about a dangerous black man and his female victims? This movie is innocent of whatever’s happening in the NFL regarding violence against women and children. It’s not well made enough to let you think about something other than its bad black men (Terri’s husband kind of sucks, too).

The producer is Will Packer, who in the last five years has become a force in mainstream entertainment starring black actors. Obsessed, the Think Like a Man movies, Ride Along, and About Last Night are all hits, and they’re all his. He’s not filling the void the way Tyler Perry did, making movies for starving black audiences. Packer is testing the boundaries of what a black movie in 2014 even is. Can we handle Idris Elba embodying murderous evil? Can we handle him beating a woman with a lamp? It’s also useful to wonder whether No Good Deed can be just pop garbage with evil Elba, or should Packer (and Elba) know better? Are the images of Colin with a shovel or a fist too close to that video of Ray Rice in the elevator? Maybe not for the audiences who made this movie no. 1 by a wide margin.

The movie tries to be as much from Terri’s point of view as Colin’s. But her side of the movie is weak, until the closing minutes when she rediscovers the woman she feels she lost. There should be something more exhilarating about the violent and hopeful epilogue finale than there is. People disturbed by Janay Rice standing by Ray might feel some catharsis in Terri’s fighting back, but it’s uneasy relief. Some of the letdown really is a matter of bad, pseudo-psychological moviemaking. Some of it is a matter of fatigue. It’s great to see Elba playing a monster without apology. But right now it would also be nice to see a black man and black woman be more than an aggressor and his victim.