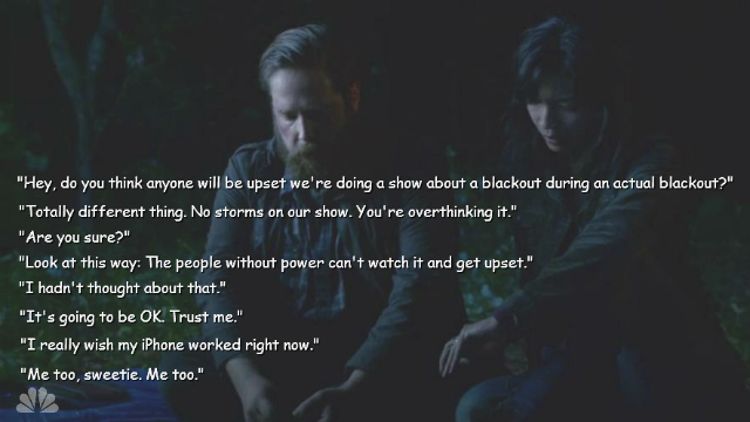 What were they gonna do, take two consecutive weeks off? If NBC’s proven anything in the last few days, it’s that they know exactly what they’re doing at all times. This is not an organization you second-guess; the hand on the rudder is steady. Hold on, who’s got the rudder? I thought you were going to do the rudder thing. No, I brought the paddle. Just fire up the motor and let’s go. Wait, this boat has no motor? Haven’t you been paying attention to how things work now, idiot? I thought maybe it ran on steam, like the train. I hate you. Anyway.

If there are two things the people trapped in Revolution‘s crumbling society could really use to distract them from the drudgery of their lives, it’s sex and drugs. (That’s the title of the episode!) But just when you think things are about to get better, however momentarily, for our band of desperate, crossbow-happy wanderers, the rug is yanked out yet again: The closest we get to any sex is some tea-kettle-to-the-head S&M, and the drugs consist of some poppy plants and a syringe full of adrenaline. Better luck next time, gang. Maybe don’t kill the whoremongering dope-slinger if you’re looking to party.

You Didn’t Think We Were Going to Kill Off Our (Theoretically) Most Likable Character This Early, Did You? The Old “Self-Inflicted Gunshot Wound Stopped by a Hidden Flask Trick” Never Fails! 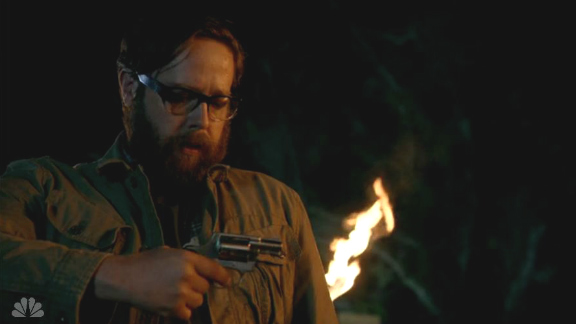 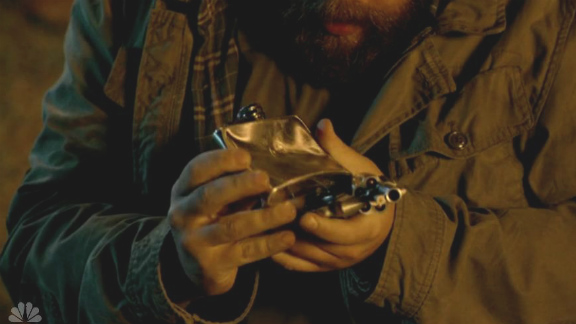 How to File No-Fault Divorce Papers in a Postapocalyptic, Blackout-Stricken World in Which the Loving Spouse’s Chances of Survival Increase Greatly Without You 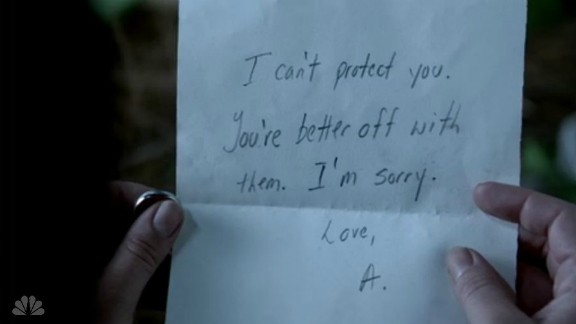 There Were No Crossbows This Week, So Here’s the Poignant Reminder of How Much Has Been Lost of the Week 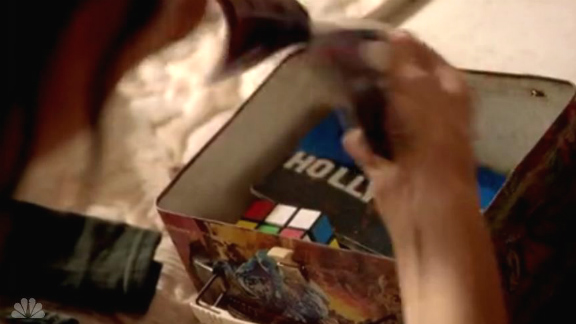 It’s the Return of the Jedi Lunchbox of Memories, with some old postcards and an unsolved Rubik’s Cube in it.

Next week: Still no power, probably. Unless someone turns on their bullshit magical electricity medallion, and then all bets are off; they might suddenly fire up a PS3 and play the new Assassin’s Creed game for an hour. Who knows.