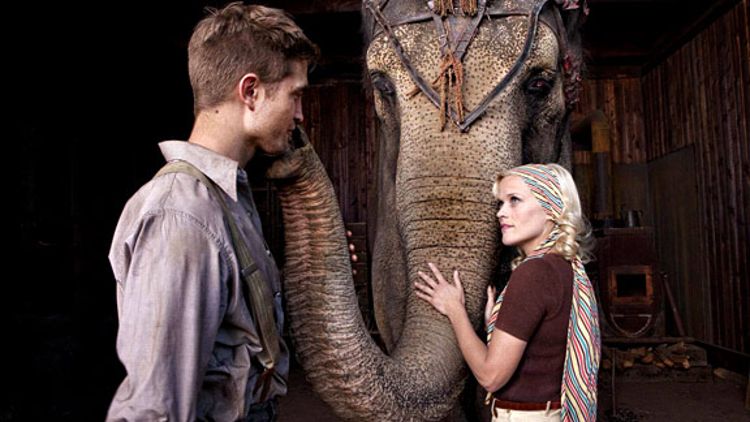 Reese Witherspoon is attached to Atom Egoyan’s movie on the West Memphis Three, adapted from Mara Leveritt‘s Devil’s Knot: The True Story of the West Memphis Three. She will play the mother of one of the victims, who eventually doubts the guilt of the wrongly convicted Jessie Misskelley Jr., Damien Echols and Jason Baldwin. As something of an expert in the legal considerations and financial remunerations conventionally involved in adaptations of true life stories, I would like to officially state that if Misskelley, Echols, and Baldwin don’t make mad bucks off this movie, it’d be some bullshit. Grade: A [HR]

Robert Redford is in talks for All Is Lost, the second project from Margin Call director J.C. Chandor. The details of the ordeal the character undergoes is not clear, but Redford will be playing a guy in some kind of hectic survival situation that takes place on water. As something of an expert in the canonical filmography of the hallowed survival subgenre, I would like to officially state that if Redford doesn’t have a fistfight with a shark in this movie, it’d be some bullshit. Grade: B+ [Deadline]

Rachel McAdams and Noomi Rapace will star in Passion, Brian De Palma’s remake of the 2010 thriller Crime D’Amour, which revolved around a power struggle between a ruthless executive and her protégé. For those of you who don’t “parla francais,” “crime d’amour” is French for “crime of the amour.” Grade: B+ [Deadline]

Josh Wolf, a panelist on Chelsea Lately, has landed a single-camera Fox sitcom loosely based on his life as a father of three and stand-up comic. Wolf’s boss Chelsea Handler will produce, and Wolf and Spike Feresten will co-write. This is a very nice moment for the long-time comic, made even sweeter by the fact that Wolf has finally figured out a way to squeeze something useful out of his children. Grade: C [Deadline]

Alicia Silverstone will guest star on Suburgatory, playing a potential love interest for Jeremy Sisto, with whom she also co-starred in a little movie called Clueless. A nation of 27-32 year old women, all at once: Ahhhhhhh!!!! Grade: A [HR]

Garth Stein’s The Art of Racing in the Rain, which will star Patrick Dempsey, has also landed writer Mark Bomback. According to Showblitz, “the story follows a family’s daily life as seen through the eyes of their dog.” Great news for anyone who’s ever wanted to see a family comedy with a lot of close-up shots of other dog’s butts. Grade: D [Showblitz]