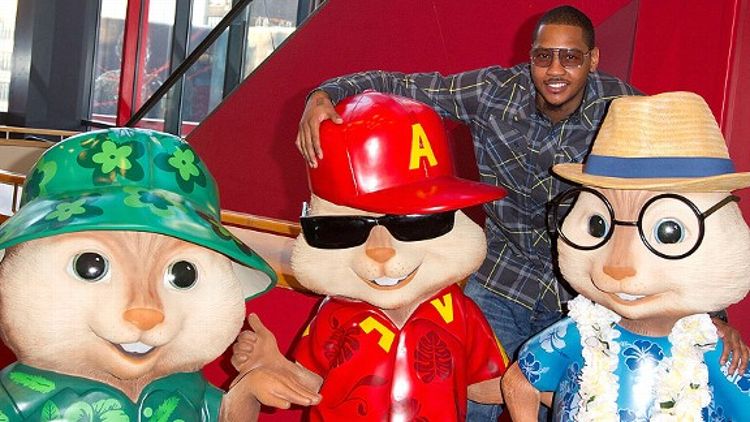 That’s a wrap for 2011, folks! With December well underway we’ve got a good sense of pretty much every movie that’s going to be a player in this year’s Razzie ceremony. Now all that’s left is the bitter, cut-throat, no-holds-barred campaigning.

Of course, for Razzie fans, the campaigns — waged by the big personalities we’ve come to know and love over the years, like Paramount CEO Brad Grey and director Joel Schumacher — are part of the fun! After all, who can forget the year Lorenzo di Bonaventura called Happy Madison head Scott Sandler “Crappy Fatty-son”? Or the night that Summit Entertainment head (and former Israeli intelligence agent!) Arnon Milchan, dressed head-to-toe in black, crept into voters’ living rooms and urged them to support Twilight: New Moon?

Already, Razzie voters are being inundated with DVD screeners, typo-filled screenplays, and glossy promotional literature featuring unflattering photos of Nick Swardson. The high-school auditoria of Southern California are booked solid for weeks, filled with director Q&As with Bill Condon, Shawn Levy, and Tarsem Singh. (In Tarsem’s Q&As, he doesn’t answer any questions, but is lowered slowly from the ceiling, covered in glittering gold paint, while a dozen centaurs prance on stage behind him.)

And, of course, the publicists are working overtime to place stories about their awards-hungry clients. Just this week dark-horse candidate Atlas Shrugged, Part 1 scored two great media hits with a feature on Gold Derby and a coveted slot in the A.V. Club’s seminal My Year of Flops series. Believe us, opposing campaigns were up in arms about that one. “How much did they pay that hack [Nathan] Rabin?” one well-known publicist whispered at this week’s Sony Pictures reception in honor of Hank Azaria. “The movie’s just out on DVD and it’s already in the canon?” He swore silently, then stalked off to the buffet table for a plate of Smurfberries (a nice touch, we thought).

The way we see it, Worst Picture boils down to a battle between two heavyweights, Jack and Jill and Bucky Larson: Born to Be a Star. But there are any number of movies — including box-office titan (and seizure-inducing) The Twilight Saga: Breaking Dawn-Part 1 — just waiting to leap to the fore should either of those front-runners stumble. Maybe a major critic disastrously lists Bucky Larson on his ten-best list. Maybe it’s scandalously revealed that Adam Sandler didn’t really play Jill. Who can say? All we know is that this is RazzieWatch’s favorite time of the year!

The buzz on Mission Impossible: Ghost Protocol is, sadly, fantastic; the buzz on Sherlock Holmes: A Game of Shadows is, you know, fine — it won’t, like, send anyone to the theater floor “convulsing, snorting, trying to breathe” or anything. But never fear! Alvin and the Chipmunks: Chipwrecked looks to be just as awful as promised by its trailer, which was so grim it made us hope that the lost-on-an-island plot was just a stepping stone to a Lord of the Flies-style breakdown of all civilized behavior, with Jason Lee stealing Simon’s glasses and the Chipettes smashing Theodore’s head with a rock. Probably not, though, which is too bad, because then it would definitely be nominated for some Razzies. As it is we keep its odds at 3:1.

What a week it’s been for 2012 Razzie contenders! New trailers were vomited forth for Battleship (starring Liam Neeson on a boat), The Three Stooges (“starring” Sean Hayes as Larry), and Rock of Ages (starring Tom Cruise in Spandex). Best of all, though, was the tragically patriotic trailer for G.I. Joe: Retaliation, wherein the entire cast of the first G.I. Joe movie apparently gets killed off, only to be replaced by The Rock and Bruce Willis. Yo, Joe! We’re excited, Joe! That’s why we said “Yo”!

See you soon here at RazzieWatch!!

Dan Kois is a veteran Razzie guru who will do almost anything for an extra ticket to the Warner Bros. Hangover Part II party tonight at the Thai Food Express in Westlake.

Previously: December Razzie Odds: Can Iron Lady, We Bought a Zoo, or New Year’s Eve Go All the Way?
Can Jack and Jill Break the All-Time Razzie Record?
RazzieWatch: Clint Eastwood Is Due

Miley's Pot Overdose ... and Other Horror Stories From This Week's Tabloids