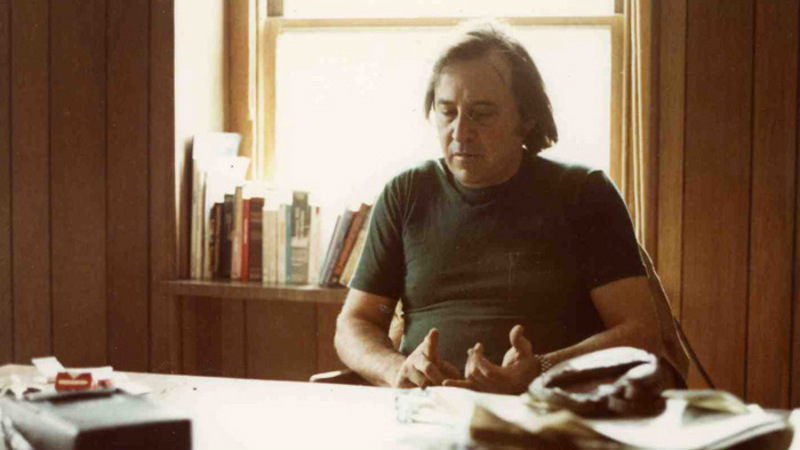 One of the opening scenes of Paul Mazursky’s 1969 film Bob & Carol & Ted & Alice depicts a sea of faces, the camera weaving around them as they move through tai chi exercises at an Esalen encounter group. Not all the faces are beautiful, but every single one of them is interesting, and having the camera gaze right into their eyes sets the tone for the rest of the movie’s exploration of themes of intimacy and connection. Mazursky, the brilliant director, writer, and actor who died yesterday at the age of 84, was a master of interpersonal storytelling. He could tell you more with a look between two people than a long monologue ever could.

Mazursky’s films were ostensibly comedies, but they all have incredible dramatic heft, digging deeply into individual characters and pushing you to feel for them even when they go to dark places. Despite its title and marketing, Bob & Carol & Ted & Alice is not a hedonistic sex romp; it’s about the emotional repercussions, both good and bad, of opening yourself all the way up. Mazursky’s films are the polar opposite of the modern set piece–focused formulaic comedy, but they are stocked with their own kind of set pieces: a strained L.A. pool party in Bob & Carol & Ted & Alice, a recently betrayed wife going to a singles bar in An Unmarried Woman, a talented young director’s meeting with a cluelessly square older producer (played by Mazursky himself) in Alex in Wonderland.

His scenes focus on characters rather than gags, mining equal parts tension and laughter out of situations that are easily recognizable and yet also intensely specific. His films breathe, they lope around, they take their time. The throwaway details are just as important as any exposition, and actors’ faces are canvases for emotions, often shown in close-up. The focus on characters is fueled by brilliant casting choices: In his hands, actors like Jill Clayburgh, Natalie Wood, and Art Carney experienced career highs.

Mazursky catalogued the fallout from the newly established counterculture, tracing its history from hippie idealism all the way to yuppie cynicism. Even his later, less-focused films still have touches of sharp satire. But they’re never heartless — underneath the bile is the poignance of watching human beings trying and failing to connect, over and over again, and sometimes even succeeding for a moment. He’s not afraid of silence, of lingering on awkward moments and joyful ones, too. Mazursky idolized Federico Fellini, and it’s apparent in the sometimes dreamlike quality of Mazursky’s own films.

In an interview in this spring’s edition of The Paris Review, Mad Men creator Matthew Weiner waxed rhapsodic about the shaggy narrative style that bloomed in the New Hollywood of the ’70s: “Someone’s on a journey, and sure, we’re heading toward a climax, but there are so many digressions. To me, those digressions are the story … So many movies in the seventies are told this way, episodically, and they feel more like real life because you don’t see the story clicking.” Mazursky’s films embodied these qualities, but unlike many of his contemporaries, he instilled his films with a sense of hopefulness. Disaster doesn’t always lead to more disaster; sometimes it leads to new possibilities, as in those discovered by An Unmarried Woman’s protagonist after her seemingly perfect life goes to shambles. His films are about human beings, in all of their messy contradictory glory, which is why, despite their decade-specific trappings and jokes, they are timeless. Mazursky was the real deal, and he will be missed.

Riding in Cars With Bores: Why Is Melissa McCarthy Doing This to Herself?

Age of Exhaustion: The Year of the Self-Loathing Summer Movie