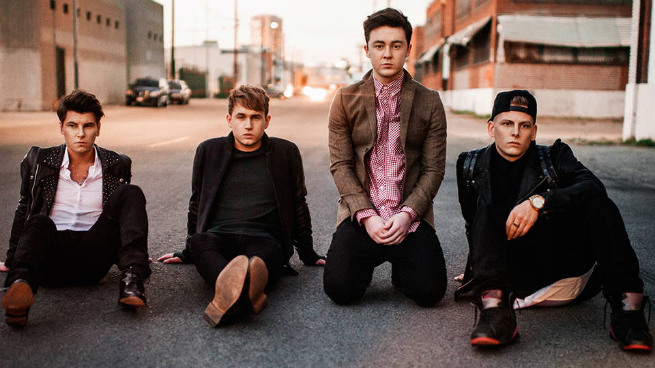 Who the hell are Rixton, anyway? Not to be confused with Brooklyn DJ Rizzla or English hip-hop duo the Rizzle Kicks, they’re four British lads Justin Bieber’s manager, Scooter Braun, aims to make into the next One Direction, but with real live instruments and stuff. Ammar Malik and Benny Blanco, who are credited on “Me and My Broken Heart,” also cowrote “Moves Like Jagger” with Adam Levine. So if this gives you the “Jagger” willies, that is why. (The gorgeous model-filled video adds to the effect.) I just assumed “Me and My Broken Heart” was Maroon 5 the first few times I heard it, until I listened closely enough to realize the lead vocals lacked the distinct timbre of what Tess Lynch once called Adam Levine’s “naturally Auto-Tuned” voice. But there’s definitely a “This Love” vibe at work here.

Apparently, this song intentionally interpolates the Rob Thomas solo single “Lonely No More,” which came out nearly 10 years ago. Rixton “wanted to give him a tip of the hat,” and Thomas is fine with the tribute, but some people have called “Broken Heart” an out-and-out rip-off. You know, I hadn’t made the connection, but now that I listen to the Thomas song again, there’s an excellent case to be made.

“Lonely No More” was Thomas’s follow-up to “Smooth” with Carlos Santana. Is that why this song is so catchy? Because it was already embedded in my brain somewhere, in a deep place that remembers the debut single from Rob Thomas’s solo album? I don’t know how else to put this, but … the Rob Thomas song bucks a lot harder than the Rixton one. Yet I predict “Me and My Broken Heart” will have summer staying power, since it makes a decent pop-rock palate cleanser for EDM overload. If you told me this song was just the vehicle to deliver a subliminal message, I would probably believe you. Beneath its lite-reggae catchiness, there is an unplaceable but very sinister vibe. Woah-oh-oh.