Overplayed Song of the Week: John Legend, ‘All of Me’ 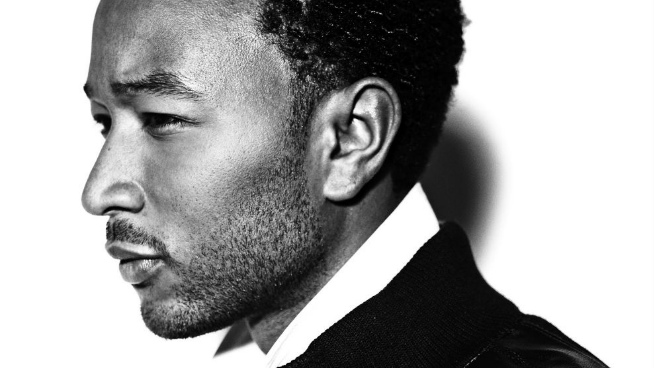 Weeks on Chart: 26
Peak: No. 2 on Billboard’s Hot 100 for past three weeks
Current Radio Play Frequency: No. 1 on KIIS FM’s playlist

In these turnt-up times, it seems like it’s harder than ever for a slow, unplugged ballad to find a place in the Top 10 pantheon, but every now and then, something catches hold of our sentimental underbellies and manages to outlast many of the more fleeting flavors of the month. Rihanna’s Unapologetic weeper “Stay” had legs that took it through the first half of 2013, and it still lingers on the mainstream rotation. Ed Sheeran’s maudlin crack-prostitute ditty “The A Team” also kept disrupting radio’s steady stream of build-and-drops for longer than one might have predicted. And now John Legend’s long valentine to his wife, supermodel Chrissy Teigen, is approaching its third month in the Top 10, and is in no hurry to climb out of its luxurious soak in the infinity pool.

Legend is typically not one to temper his earnestness with anything like edge or melancholy or irony, which makes a five-minute ode to unwavering love an exercise in patience. We’re not used to uninhibited lyrical positivity when it comes to pop love songs; just as with a Hollywood blockbuster, there has to be a conflict in there somewhere. You can be purely ecstatic about partying (Ellie Goulding’s “Burn”) or self-actualization (virtually any Katy Perry song), but not about love. Whether that’s a sign of the times or just a basic Aristotelian songwriting truth, it is a reality. So while I question his and Teigen’s decision to star together in such a loved-up video (can you imagine what they’re like on Facebook?), I can’t hate their domestic bliss; I just find absolutely nothing interesting about it. Look, it’s awesome that after seven years of dating and one year of marriage, John’s head is still spinning. We should all be so happy. Let’s just let them have their victory lap and get on with our pop music lives.

The prechorus melody of “All of Me” is the one halfway intriguing earworm of the song, which sees a temporary switch to a minor key and Legend dipping down into the unusual (and great!) qualities of his lower register. But the lyrics — “You’re crazy and I’m out of my mind” — are some of the most disingenuous of the song, a demure splash of spilled rosé on an otherwise perfectly art-directed dinner table for two. I could make a laundry list of the groan-inducing lines here, but mostly I’d like to propose a five-year ban on any male artist singing lovingly about a woman’s imperfections, perfect or otherwise. The chief offender is still the Sheeran-penned One Direction song “Little Things” (sample: “You’ve never loved your stomach or your thighs / The dimples in your back at the bottom of your spine / But I’ll love them endlessly”). We get what you’re trying to say, guys, but it’s never going to come off well, and it’s rendered particularly meaningless when the person you’re actually singing about was on the cover of the Sports Illustrated swimsuit edition.

John Legend’s voice and persona are so appealing that one always wishes he were doing something more artistically engaging — but when you really think about it, what would he be better suited for? He is “adult contemporary” personified, about the only major artist out there who gives that arbitrary categorization any meaning. His G.O.O.D. Music/Kanye collaborations are about as off-kilter as he gets, and they’re probably a good look for his career, even if those are the tracks I always skip over on those albums. Maybe it’s just a production issue — if Legend made something inching more toward Miguel’s psychedelia-lite or Lorde’s chic minimalism, I would certainly be open-minded. And am I part of the problem for thinking that the dance remix of “All Of Me” (which, at least here in Los Angeles, gets way more play than the original version) makes it 500 percent more listenable? Not good, mind you, just capable of filling up its run time. I’m not saying to go full EDM, John, but maybe just make a song with enough bite that we’re not tempted to sic Tiësto on it the first chance we get.

'Orange Is the New Black' Season 2 Trailer: This Is Not How I Imagined Prison to Be at All