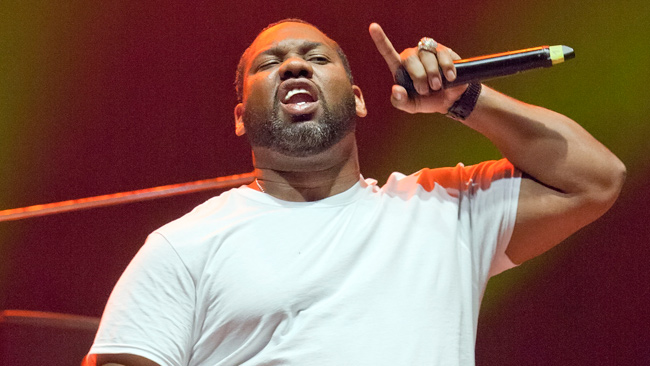 There’s still no word on actual release dates for new music — either for the conventional album A Better Tomorrow, or the experimental one-copy-only project Once Upon a Time in Shaolin — from the Wu-Tang Clan. Thankfully, then, the Wu have found another way to keep us entertained. The ongoing soap opera of RZA vs. Raekwon just got a new episode. And every time these two take shots at each other in the press, we all win.

When I was profiling the Wu some months back, the battle lines between Rae and RZA had already been drawn. Simply enough, it seemed, Rae was just not feeling the beats RZA was churning out these days. As he explained: “I would be the first one to say that we cannot leave everything in RZA’s hand no more … He has done his job to the greatest of his ability when we were younger, but now every man plays an imperative role in this situation. His plan was to do a more humble album. We was like, nah. You can’t do that with the hardest group in the game.”

Picking up the thread recently during an interview with Vlad TV, RZA mostly just pointed to Rae’s absence from the studio: “I haven’t had a chance to really talk to him about why [he’s not around]. All I see is the press going back and forth. But I would say that maybe creatively we on different paths.” Very diplomatic, RZA. But Raekwon is not having it. When Rolling Stone gave hime a call, Rae went in. And thank god Rae picked up the phone when RS called: Without this chance to vent, who knows what kind of easily flung tabletop items would have met their demise through a windowpane?

A few notable moments from the conversation:

“I hate it. I hate it. I don’t hate shit, but I hate that fuckin’ record. It ain’t the gunpowder that my brother is spitting; it’s the production … We talkin ’bout a whole new generation is sitting here representin’ and making fiery shit and you telling me that we comin out with some mediocre shit? That ain’t part of our plan.”

“RZA’s the type of dude where, in the ’90s, he ruled. Now it’s a new day. You’re not attached no more. It’s like being a coach and you won rings back in the day, but now your team is in ninth place. It’s time for a new fucking game plan.”

On his current metaphorical contractual situation:

“It’s the same as being an athlete. I don’t give a fuck if it’s Kobe Bryant or Kevin Durant. They will not touch the floor if their managers or lawyers are saying, ‘Listen, shit ain’t right.’ So therefore, I’m in a limbo situation. So yeah, you’re right. I am on strike.”

And the big takeaway: How unlikely is the chance Rae is actually heard on A Better Tomorrow? “It’s like climbing up a fuckin’ mountain if you got on slippers.”

Look. It’s certainly unfortunate that Raekwon is putting his indefatigable penchant for seductive wordplay — climbing a mountain? In slippers? — not on an actual Wu album, but in Q&As. But at least we get this stuff somewhere, right?

Overplayed Song of the Week: John Legend, ‘All of Me’

"I tried to get him to laugh by wearing pasties with his face on them. Of course, because Kevin (Spacey) wants to win whatever the game is and because he always wins, he did not laugh. He waited until the director said 'Cut' and then he laughed." - Kate Mara (still Team Kate over here, btw)