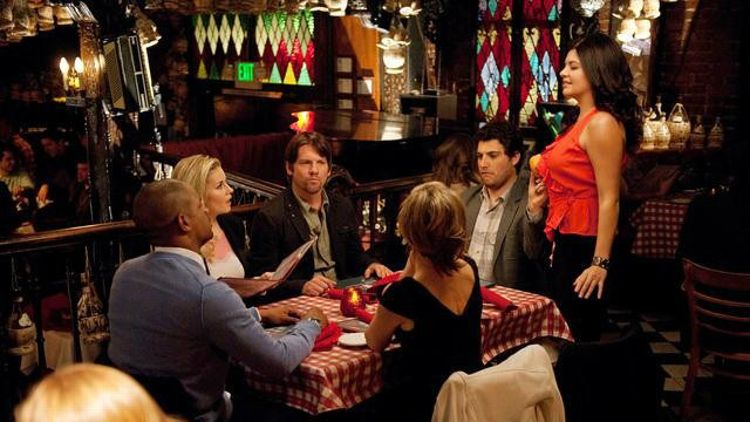 About a month ago, ABC announced it was moving the low-rated but critically beloved Happy Endings to a one-hour burn-off block on Fridays, the programming equivalent of stabbing the show in the gut with a rusty steak knife, setting it atop a sickly donkey, and waving wanly as it’s carried off to whatever fate awaits it in the sweltering desert. Good luck out there, old friend! And, oh, you might want to get that hole in your stomach checked out. Two-episode blocks on Friday nights are not a vote of confidence as much as they’re a phone call to the funeral parlor to inquire about grieving room availability.

But wait! Now comes a new promo touting the beleaguered sitcom’s return on March 29 that exhorts fans — who were not exactly numerous before the show was exiled to a time slot only slightly more desirable than Mail-Order Boner Pills Infomercial O’Clock — to rise up and rescue the show from a premature death. “You can save Happy Endings!” enthuses the announcer, almost giddy with the power of holding a burlap sack full of wriggling kittens over the edge of a high bridge. “Last chance before we see if this gravity thing still works.” So, optimists: Tune in next Friday (and the subsequent Fridays until the burn-off is complete) and maybe you’ll move the demographic needle enough for ABC to grant Endings a reprieve. There’s still hope. But if things don’t work out, well, it’s not their fault the donkey doesn’t know how to treat a stab wound.