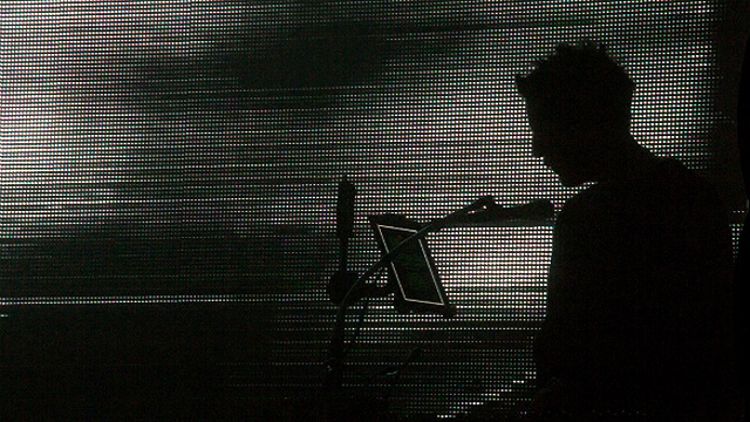 I knew this guy in college whose senior thesis involved setting up a TV in one of the most crowded buildings on campus and playing Faces of Death, a then-legendary videotape that collected scenes of real-life people meeting the gnarliest of ends — alligators, cannibals, falling from skyscrapers, the electric chair, a pistol to the temple. It was a commentary on how our media-saturated, image-overloaded generation had been desensitized to the horrors of the world around us and he hoped to survey the horrified, shocked-sane passersby for their thoughts on all this. He was pretty much right about the desensitization thing; very few people stopped to watch. Occasionally someone would take in a scene, laugh at the gore, and continue on their way. A politician blew out his brains, gallons of blood streamed from where his face used to be, and kids just hustled off to class. I didn’t yet know that the snuff bits of Faces of Death were mostly fake. I just stood there, shocked, thinking about how all the media-saturated, image-overloaded kids around me could be so numb to it all.

I’m probably just slightly less naïve than I was back then, but I’m still deeply sympathetic to those out there who want to rouse us from our slumber, whatever that truly means. It’s not an easy thing to do, especially if you spend a lot of time on the Internet. Our time is precious, so arcane political machinations or centuries of history get reduced to a GIF or a slick YouTube clip. Kony 2012 happens. Cloying videos about some anonymous citizen’s struggle and triumph go viral and solidify the thing that is Upworthy. Something something slacktivism. These aren’t things that try to shock or awe us into some profound insight into the world — there’s enough stuff on the Internet that’s disturbing for its own sake. Instead, these are things that try to flatter us, calmly giving us the language or intellectual toolkit to recognize what’s really going on out there.

All of which is to say that it’s hard nowadays to try to earnestly say something about the whole wide world without (1) seeming like you’re being really manipulative, or (2) getting accused of being manipulative by some asshole with a keyboard. I was thinking about this as I was going to see the U.S. debut of Massive Attack V Adam Curtis, a hybrid concert/film screening at New York’s Park Avenue Armory. It’s hard to explain Adam Curtis’s documentaries without sounding slightly insane. He’s a political filmmaker whose politics remain a little mysterious, beyond an enduring interest in how power and ideology work. He’s got a skill for explaining complex ideas to big audiences without dumbing anything down. His films are always attempts to understand the present — not just the ideas and realities that define the present but how we feel about it as well. They’re masterpieces of editing, consisting largely of archival footage, the occasional ALL CAPS interlude (“YOU ARE THE CENTRE OF EVERYTHING”), and his nonplussed (he is British, after all) voice-overs. About a dozen, seemingly random story lines are let loose until about an hour in when you realize that they will soon converge. There are a lot of voice-overs that start “Meanwhile … ” or “At the same time … ”

To put it crassly, it’s like history for those with short attention spans, edited in the style of a 1990s music video. Its effects can be enchanting — the weird juxtapositions of grainy home VHS and presidential press conference outtakes, the odd rhythms in the unyielding parade of images, the British narrator pulling threads from the air and weaving a story about our out-of-control lives. Linger on some snippet of video a nanosecond too long and it can feel terrifying, as though we’ve seen too much. Slow some bit of CNN down to a syrupy haze and you’re suddenly seeing the ruptures in the matrix. It’s a brazen and ambitious thing Curtis does, but it’s also something that’s incredibly easy to make fun of.

Massive Attack V Adam Curtis featured Curtis’s newest work (“Everything Is Going According to Plan”) playing on and across 11 screens arranged in a “U” shape to surround but not stifle the crowd. There were strobe lights. During one sequence about the Chernobyl accident, the bass was communal, physical, organ-shaking. It all had a distinctly Zoo TV feel to it. Behind one of the screens, Massive Attack — slimmed down to founding member Robert Del Naja, a band, and longtime collaborators Horace Andy and Liz Fraser — covered songs by Nirvana, the Jesus and Mary Chain, Barbra Streisand, and Suicide. Whenever the band wasn’t playing, everyone was looking in 11 different directions but almost always at the same thing. (When the band was playing, it all returned to being a passive, fairly boring concert.)

“Everything” returns to a set of questions Curtis has asked in a few of his most recent films (you can watch most of them here). Politicians once pointed to the horizon and described a better future; nowadays, they prey on our nightmares, telling us tales of tomorrow’s terror and promising to defend us at all costs. There was once this belief that the world could be changed, but in the risk-averse present, we only aspire to manage it. What does it mean that our visions of the future are so bleak? How does this ambient suspicion that things are only getting worse trickle down to our daily lives and shape our actions?

These are probably things you intuitively recognize, but to get to these questions Curtis tells a series of stories that go from the Ukrainian punk underground of the 1970s to Donald Trump in the 1980s, Jane Fonda the radical to Jane Fonda the fitness nut, the shadow histories of game theory and card-counting, Chernobyl, the Yakuza and the Taliban, the invention of CNN’s 24-hour news cycle to the infinite image-worlds of the Internet. Curtis’s slanted storytelling is absorbing in its breadth, even if the big picture doesn’t always hang together. Many casualties are left behind: a lonesome British art student disillusioned in 1990s Los Angeles takes too much heroin; a Russian punk poetess is found dead in a river, her memory carried forward by this perfect song.

As with all of Curtis’s films, this was about how ideas in the air begin to seem like common sense. Once that happens, it becomes impossible to imagine that anything else was ever possible. It’s not really a nostalgia for the good ol’ days — a retreat into some mythic yesterday — so much as an examination of how people once understood the distant, possibility-rich tomorrow. Before the future was simply a set of banking algorithms. In one crushing moment, Massive Attack chops away at Suicide’s “Dream Baby Dream” as a supercut of pre-9/11 disaster films flash around us. “We imagined what we feared,” Curtis says, “and we feared what we imagined.” We needed the system to protect and manage risk rather than educate or uplift us.

Curtis’s films aren’t really paranoid or conspiratorial, despite their spooky feel. In this way, they’re the kind of thing that seems either powerful and profound or utter bullshit. You watch them and either think they’ve brilliantly distilled complex ideas about the present world into a compulsively watchable form or you think this is some pretentious midway point between The Matrix and Banksy. In a cavernous space on the Upper East Side, the effect could be a little chilling, and not in a good way. The stories didn’t bundle together with the coherence of his other films. It’s eerie enough watching a documentary about machines on a machine; watching one about nostalgia and the future while listening to 1991’s version of the future seemed a little weird. While Massive Attack sounded robust enough providing the live soundtrack, the massive grooves of many of their songs seemed to scramble the hectic energies of the film.

Not to say I haven’t thought about it all week, especially as it has become apparent that cynicism and withdrawal are precisely what the (non-)government wants us to feel. Perhaps because of the live setting, Curtis made a little more effort than usual to send us off on a positive note. The future isn’t bleak, he told us, no matter what our statistical models tell us. “You can make anything happen. The future is not predictable.” It ended with a final directive (“Now find your own way home”) and — spoiler alert — some real live dogs encouraging us to leave the premises.

We were returning to the overly managed present with our third eyes open. It remained one of the most provocative things I’d seen in quite some time up until I stepped out of the Armory back onto the street. Clusters of Massive Attack fans drifted back toward the subway. This new V Adam Curtis album sucked. “When I listened to them, it was fresh,” one guy griped. Why did it all have to be so negative? Why not just make your huge point and get back to the tunes? he asked. At least “Inertia Creeps” sounded killer. I stopped for a slice of pizza and thought about what you could possibly do with all of the ideas Curtis had packed into the past couple hours — massive, tectonic, fundamental ideas. Ideas that cast the lone individual as both cog- and godlike. These ideas were too big to fail. I scrolled through the pictures I’d taken on my phone and uploaded a few to Instagram.