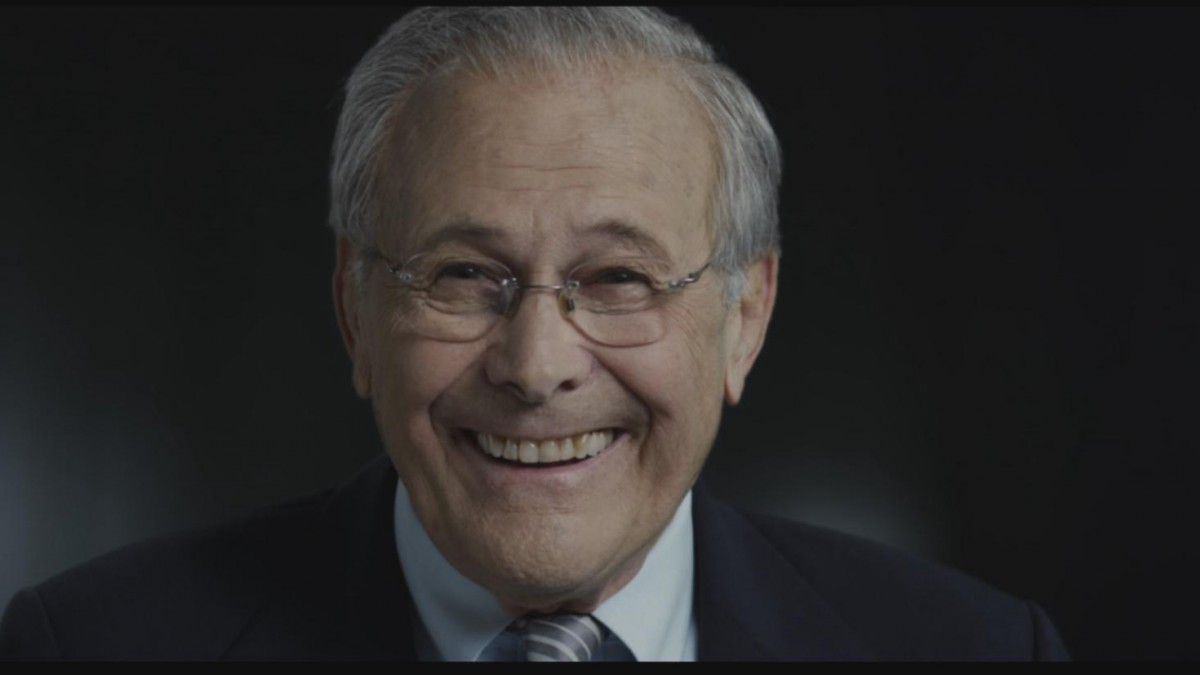 As a journalistic essayist, the filmmaker Errol Morris has taken on, among other things, basic matters of truth: Do images lie? And if so, what can we learn from the lie? These are timeless questions that also happen to be timely. The world spent the end of last week, for instance, debating the color of a dress in a photograph. For Morris, these are not trivial issues. They concern morality. His filmmaking (and also his writing, often for the New York Times’s website) poses them in both direct and subtle ways.

Morris was bothered by the way subjects sitting for interviews in documentaries cheat their focus to either side of the camera, and so, in the mid-’90s, he invented a new way of conversing with them. Morris’s contraption — the Interrotron — imposes a live digital version of his face onto the camera’s lens, so that whoever he’s interviewing can see him while still looking into the camera. This is true first-person filmmaking, he has said. You can trust this image. The direct gaze has a different effect in a work of art, especially in documentaries, than in real life. For someone sitting at a table across from a live human person, being looked in the eye is not a guarantee of truth; it is a norm of human interaction. In a film, though, it’s a rare violation of suspended disbelief, and it breaks the illusion of the filmmaker’s omniscience, not with a wink but with the allure of candor and confession. The suggestion of contact between one side of the screen and the other implies trust, if not exactly truth.

Editing tends to be necessary in filmmaking, and so the truth remains elusive. The Interrotron seems laughable, like something you’d expect to find in a work of satirical science fiction — or The Jetsons. Still, with each encounter, whether it’s between Morris and electric-chair repairman and Holocaust denier Fred Leuchter, or Morris and bruised scandal magnet Joyce McKinney, or Morris and former Defense Secretary Donald Rumsfeld, it’s as though you’re looking into a soul, and that soul is looking into yours. It’s an unsettling place to be. That’s the jolt of the Morris experience. 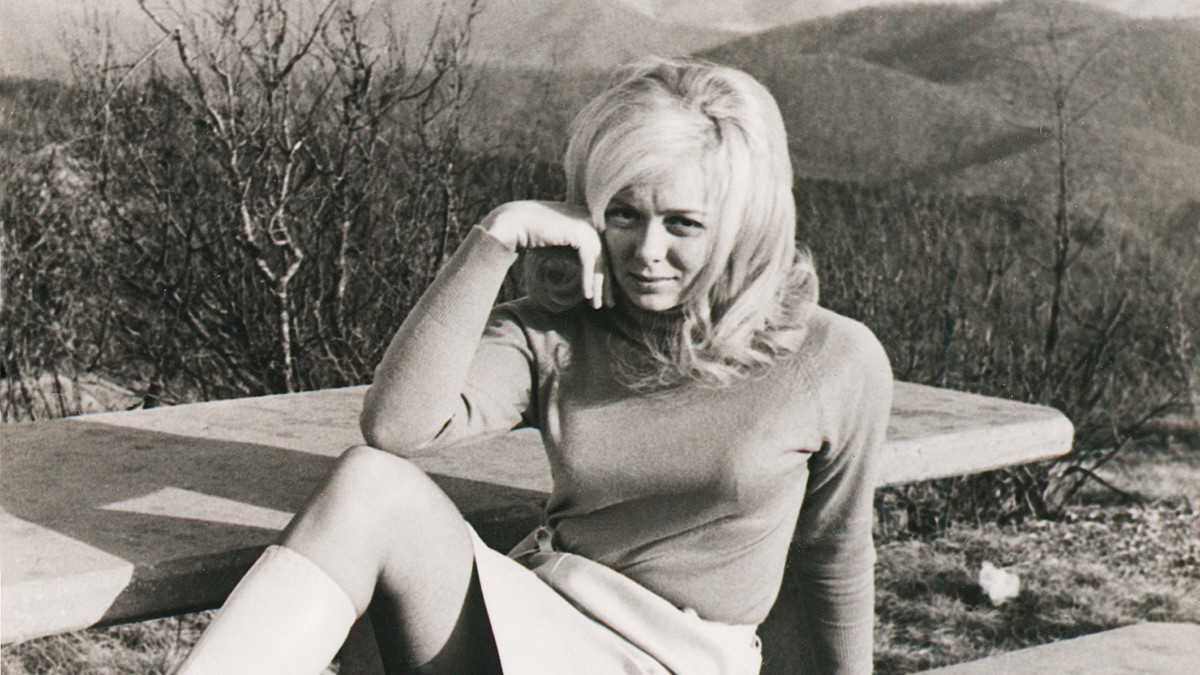 Morris’s movies have come to seem like polygraphs, and Morris has come to seem like a one-man lie detector. After his first two movies, in the late 1970s and early 1980s, he spent time working as a private investigator, and his hunt for answers, for truth, is a partial source of the exhilaration in a typical Morris movie. Sometimes the case seems too unwieldy for Morris’s dismay to do its best. So it was with 2008’s Standard Operating Procedure, which conjures the immense moral horror of the prisoner abuses at Abu Ghraib but never reconciles its fascination with and repulsion by the grotesque staging of guards and prisoners captured in photographs. That was a movie in which Morris’s senses of humanity and outrage could never locate even a speculative explanation, let alone a concrete answer, for what the images were saying. He seemed caught off guard by the surrealism of the scandal.

It’s worth noting that, under the circumstances, the prison’s American soldiers who sat for Morris in Standard Operating Procedure seem ill at ease with the directness of Morris’s shooting style. The Interrotron doesn’t bring them to life. It seems to close them off. That film might have doubled as preparation of sorts for dealing with Rumsfeld, the war’s Cheshire cat. But Rumsfeld seemed inexorably himself in last year’s The Unknown Known, shielded as ever by tautologies. He permits Morris to hunt him because he knows he’ll elude capture — or because, in his mind, there’s nothing to catch. What was more astounding than any sort of trap that Morris might have set for Rumsfeld is that one of the chief architects of the Iraq War emits a kind of Fred Rogers warmth.

Before 2011’s Tabloid, I’d never heard of Joyce McKinney, but her big eyes advertise a large, haunting personality. In Morris’s rendering of her life, she seems both comic and tragic. McKinney disputes the version that Morris tells — she made headlines in the 1970s for allegedly abducting and assaulting a Mormon man. McKinney claims they were in love, and Morris plays the film, not uncomfortably, as a kind of improbable sex comedy. But there’s no arguing with the vivacity that McKinney gives off. She is a natural force — windy, wistful, perhaps pathologically romantic, certainly misunderstood. The movie seemed to enjoy poking fun at her nonetheless. 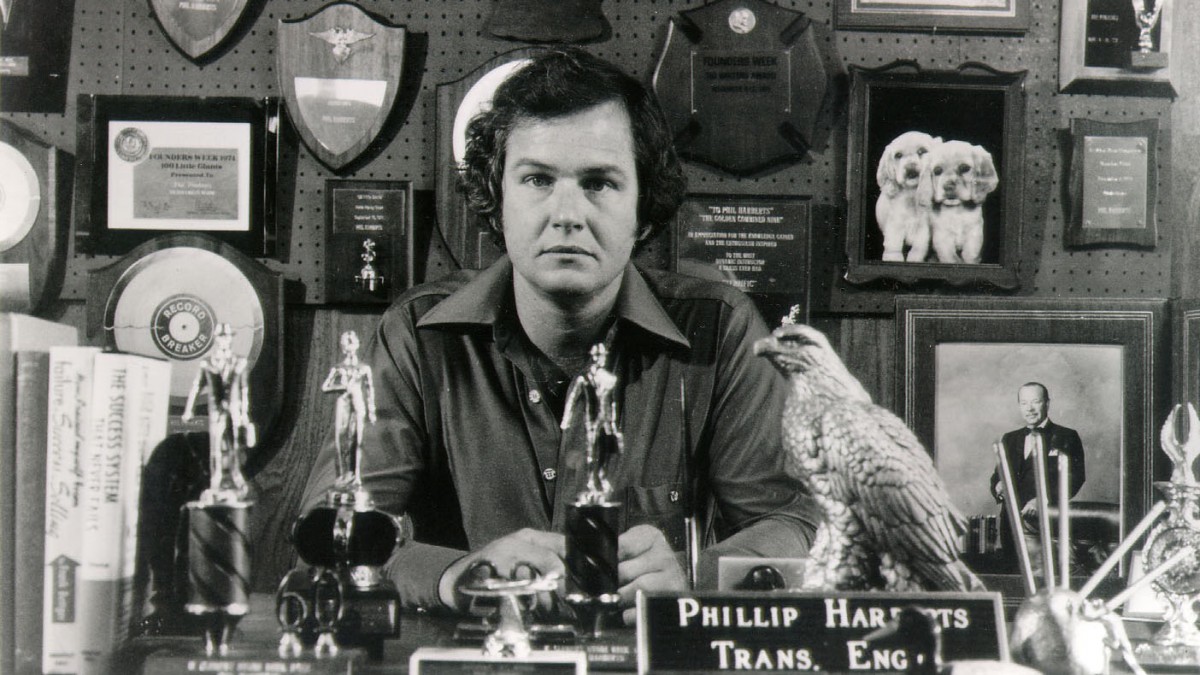 Morris began his film career doing a more formally conventional type of portraiture: He was a comedian. Even in Tabloid, comedy is his best mode. His earlier movies now seem freer than his documentaries on urgent subjects. There was none of Philip Glass’s aural kaleidoscopes back then, and the production design, such as it was, appeared to spring from the psyches of the subjects. There was no sense of the director’s stern, interrogating presence. 1978’s Gates of Heaven and 1981’s Vernon, Florida were deadpan nonfiction caricatures in which a lot of the humor came from the framing and the rest of it came from his good taste in offbeat human subjects. You’re not sure whether you’re supposed to laugh, because Morris doesn’t tell you what to laugh at. Either you see what’s funny or you don’t. California’s pet cemeteries give Gates of Heaven its subject. If there’s an agenda, it only appears to be mockery.

Morris worked in long takes, practicing a kind of portraitist vérité in which people, unwittingly set against a suggestive background, sit before the camera and speak at length. The film roves among three or four first-person interviews that feel like volleys. You don’t quite notice the forward trajectory until you realize you’re in a completely different part of this strange little world. The comedy is saved for the well-to-do family that operates an oceanside burial facility. Just putting the elder son next to a red rotary telephone under a beach umbrella and in front of a shimmering pool, as Morris does, and getting him to talk about success and hard work, creates an incongruity that gets a laugh. It’s droll without being heartless. You can imagine a Christopher Guest production springing up around Gates of Heaven. But its straight face already masks the difference between laughter and the laughing you do to keep from crying.

Vernon, Florida lasts less than an hour and is more explicitly mocking. The subject is a group of people who cut off limbs for insurance money (Nub City was the hoped-for title). But what comes through is sad, too. Morris works here with a kind of transparency whose tone is open to interpretation. The handful of people in the film speak with an improbable mix of satisfaction and rue. You want to crack up, but, really, what’s funny about being either desperate or catastrophically foolish? A certain humanity keeps floating to the surface.

Gates of Heaven arose from a dare from Werner Herzog, who vowed to chew on his footwear if Morris actually made the movie. (Les Blank’s short documentary Werner Herzog Eats His Shoe shows the gourmet, locally sourced, foot-to-mouth result.) 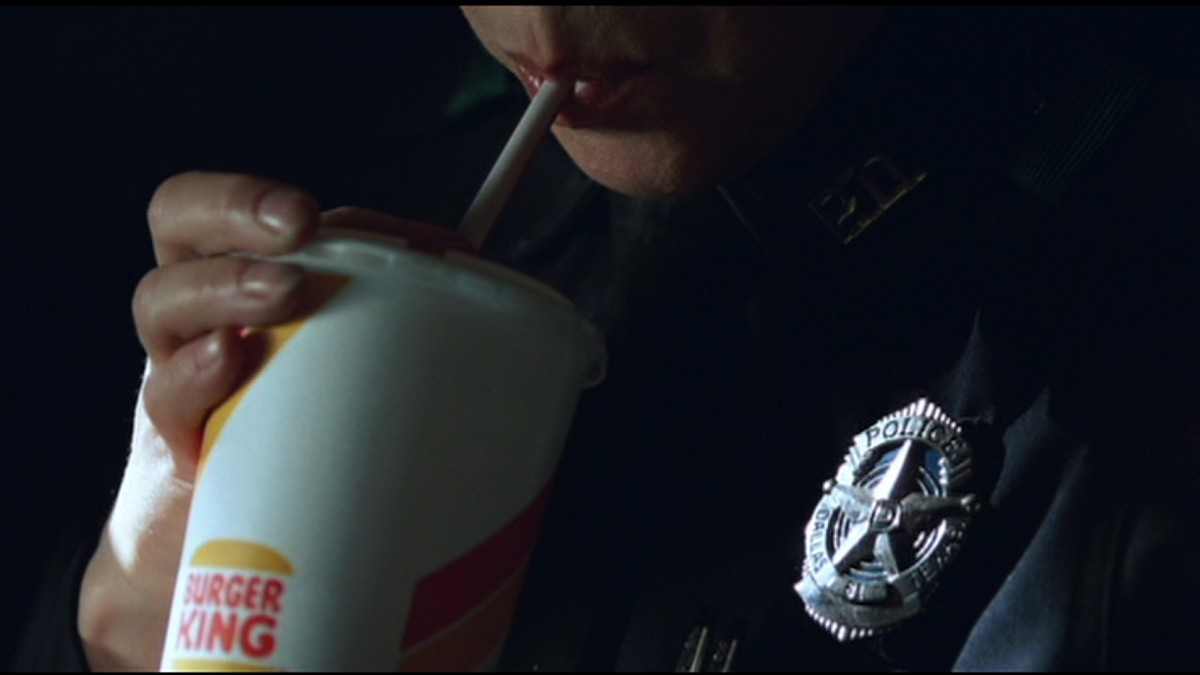 They’re quite a contrast, Morris and Herzog. As a documentary filmmaker, Herzog operates with a moralism that tends to judge and punish. He’s dragged plane crash survivors to the scene of the accident. He’s chastised a narcissistic naturalist who’s been mauled to death by a bear. He attempted to eat that fucking shoe. There’s a superior, brutal wonder to Herzog that’s both cathartic and appalling: How can humans be so stupid? He can be a sniper standing over a barrel. And yet there’s a wonder in his point-blank sharpshooting. He kills because, in his way, he loves. All of his filmmaking is relentless and cruel, but also loose and searching for extremes — extreme locations, extreme stories, extreme behaviors.

Morris seems to want to impose order on the chaos, to confront dysfunctional systems or apply the rigors of his cinematic technique to situations lacking moral or political clarity, perhaps with the bonus of justice or something like it. He wants philosophical answers to historical or topical conundrums. He believes in the movies’ power to produce reversals of fortune, to showcase remorse, to embarrass and shame a corrupt power structure and actors within it. Trauma is Herzog’s gasoline. Mass affront is Morris’s. Herzog is the crusader as psychotherapist. Morris is the crusader as pro bono legal representative. Almost every Herzog subject is a patient. Most of Morris’s give testimonies. The two filmmakers are the yin and yang of cause-y nonfiction.

That looser, funnier incarnation of Morris doesn’t quite exist anymore. The stakes are too high. He’s gone from the soft-focus scene painting of early David Hockney still lifes to something like op art. But the old self surfaces in shorter projects, like his commercials for Apple, his films for the Academy Awards broadcast, and the handful of entertaining shorts he’s just done for ESPN Films called It’s Not Crazy, It’s Sports. These feel not so much like a return to form — he’s enshrined in mannerism now — as much as a relaxing of it. He’s not hunting for the truth necessarily, just for compelling points of view. For now, at least, the prosecution rests.