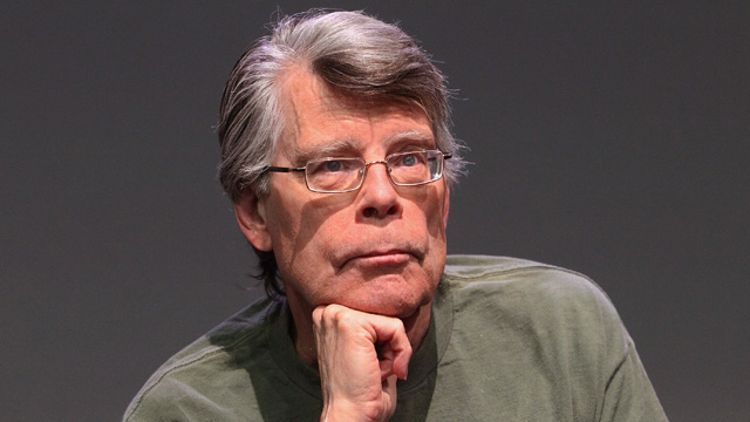 On the screen, Stephen King is the guy who writes guilty-pleasure pulp that spawns lifeless, seven-installment, direct-to-video franchises. On the shelf, King’s creative output glitters with originality and a constant sense of momentum. Prior to the new novel Doctor Sleep, King had a part in precisely one sequel — Black House, coauthored with Peter Straub, with whom King wrote The Talisman — and a career-spanning eight-book series, The Dark Tower. (The latter was a decades-long feat of world-building, not really a sequence of true follow-ups.)

So now is our first chance to see a second part through the eyes of Stephen King. The short verdict: Doctor Sleep will do the trick for a King fan more satisfyingly than it will for a Shining devotee. It’s less about answering questions, more about furthering a story within an extant fictional world. One aspect of Danny Torrance’s new adventure that clearly kept King interested enough to keep going — to risk regurgitating old characters and themes and flirting with genre-hack territory in the process — is that “Doctor Sleep is a sequel that stands on its own, almost to a fault.” That’s from Alex Pappademas, who goes on to call the 500-pager “a just-OK vampire novel and a surprisingly moving book about the adult child of an alcoholic” and “as tender as anything [King’s] ever written.” I agree with both accounts, which has me thinking: In the off chance that we’re seeing a late-career willingness to check off some outlying “what if” projects, here are 10 he could consider, and where he could go with them.

Comically dubbed a novella at nearly 250 pages and bundled with three siblings in 1990’s Four Past Midnight, this is one of those sterling King concepts that bobs to the top of my thought-bog frequently. A sequel could scrub the character slate clean, jump to present day — or maybe late 2001, or any year since air travel has existed — and focus on delving deeper into the history and rules of the titular monsters. Doctor Sleep refuses to pull back the curtain on a longstanding supernatural fixation of King’s, but psychic powers aren’t his creative property to explain; furry time-eating Pac-Men, on the other hand, are.

Uncle Stevie’s bibliography features two über-villains: One, Randall Flagg, is central in two of King’s crowning achievements (The Stand, The Dark Tower) and incidental in several other stories. The other is Pennywise, who menaces It and has been alluded to here and there ever since. A sequel would be a huge undertaking, especially after the stupendously long book concluded with that esoteric and — by most accounts — frustrating ending. (And yet the tome is so massive and has such impressive scope and realness of character that it can hardly be discounted for its conclusion; ditto for something like 75 percent of King’s novels.) What we could use now is a prequel. Some historical fiction would be a fascinating way to see King stretch his legs — not recent history like the fairly solid and readable 11/22/63, either. I’m thinking of the scene at the beginning of Jumanji where you see that the board game dated back to when people used horses to get around. Write an It prequel in that time period. (The 1800s? 1700s? Write an It prequel about Jumanji.) Keep it set in Derry, use those years of Maine living and Maine writing to inform the research. And then find a way to give us some real closure with Pennywise, even if it’s dealt out before Bill Denbrough’s grandparents were born.

The Hunger Games will maraud through theaters for another three years; is there a better time to revisit this classic-but-brief kid-killing novel and explore the dystopian world and its mechanisms more clearly? Where the original — published under the Richard Bachman pseudonym in 1979 — was a page-turner and a terrifier, a sequel could give us a wider angle on the nation that has sanctioned a televised marathon that uses teenage boys as bullet depositories. Vagueness clouds The Long Walk (the baddie is The Major; the last boy standing gets The Prize), which allows us to focus on the visceral particulars of the situation at hand. But broadening the scale to write King’s 1984 would be a whole new deal.

Put John “Like the Drink, Only Not Spelled the Same Way” Coffey in anything, even a six-page story, and I will read it and get at least 15 people to read it too. Show us the first time John wept after being bullied for his size; give us a first-person account of what it was like to be a 5-year-old John afraid of the dark at bedtime. Bonus: a grounded-in-reality, pre-supernatural Coffey story would be a great first step toward rehabilitating King’s reputation as an enabler of the unfortunate Magical Negro trope (see: Hallorann, Dick; Abigail, Mother).

After that mess with Annie Wilkes, you know America’s favorite romance novelist would still be writing, probably memoiring all about his hobbling captor. The traumatized Paul Sheldon would be in physical rehab and talk-about-your-feelings therapy most days of the week, finding evenings the only time he could exorcise the demons — the ones that look eerily like Kathy Bates — on paper. He’d also have a rejuvenated fan base thanks to the news reports of his ordeal, which would lead to an army of potential Annies. This, combined with the writing-induced sleeplessness, would drive Paul to a new realm of paranoia and possibly even madness, which may be King’s most beloved subject matter. That’s basically a whole novel, Steve. Should I just fanfic it? Say the word.

“King’s a better, less excitable prose stylist than he was in 1975. He does with a laser what he used to do with a boxing glove,” Pappademas writes in his Doctor Sleep piece. And again I say: #preach. 2006’s Lisey’s Story is one of King’s greatest works, full of some of his most luscious writing and sharpest characters. As for what Lisa Landon would do after recovering from the death of her author husband (which isn’t a spoiler; it’s where Lisey’s starts)? No clue. I leave the plot to Sai King. I just mapped out the entire Misery sequel, man. I mainly want a second Lisey’s so people will finally read the original and I’ll maybe someday meet someone I can talk to about it.

There’s a scene in 11/22/63 in which Jake hangs out in Florida, reading and sitting in a hammock all winter long. It’s so good that when I pulled the book off the shelf to refresh my memory, I turned there almost instantaneously; out of 849 pages, no. 280 seemed to have some secret pep to it. It’s one of the best parts of the novel, a serene segment that feels like it’s stringing itself out to the real-time length of what’s happening in the story. Now, you fill a book of Red and Andy, kicking it in Zihuatanejo, with stuff like this? PHENOMENAL. Two prison buddies, painting boats, having beers, remembering their “lords of all creation” moment, wondering whatever happened to Hadley, being thankful to be free and suntanned and healthy and rich in friendship. Good god, what a book.

This is such a genuinely scary, excellent story in the Everything’s Eventual collection. Of course the haunted hotel thing has been well-documented with The Shining, so writing a book about a haunted hotel room could be redundant, but maybe there’s a way. How about a novel about John Cusack and Samuel L. Jackson going to a hotel to film an adaptation of “1408,” only to discover THE ROOM THEY’RE FILMING IN IS FOR-REAL HAUNTED AND STORIES AND LIFE JUST BLEED TOGETHER AND NO ONE IS SAFE AND ANYONE CAN DIE IN A MOST SPOOKY FASHION! (This is why I’m not a horror writer. Not until publishers are snapping up whole caps-locked novels, at least.)

The original is so, so overlong, essentially a surreptitious build-up to an event that would save a guy who would be an annoying, underdeveloped deus ex machina at the very end of The Dark Tower saga. But it established some compelling interdimensional elements that (a) had never appeared in other King novels, and (b) perfectly jibed with the overall Kingverse. Why not put the mythology and even the characters — a well-written, likable pair of geriatrics who eventually fall in love — back to work? My crystal ball is unsure what the plot would entail, but it wouldn’t be the best idea to do a 180 and call it Narcolepsy.

You didn’t think I’d beg for an It sequel and leave out King’s other 1,000-page early-phase opus, did you? The one that happens to be his best book? Nah, you didn’t. So what we need here is an offshoot in the postapocalyptic world; any genre, any kind of story. Don’t care who it’s about, won’t even care if the Walkin’ Dude stays MIA. What if this one is set hundreds of years later, same wrecked world, and the events and characters of The Stand are now warped legends, like in the Sonmi-451 and Zachry parts of Cloud Atlas? What if Captain Trips comes back? What if the same nationwide “good vs. evil goes nuclear” plot played out in all the world’s major nations; what would come next? What if the sequel to The Stand is just a flashback to Mother Abigail, pre-plague, making cornbread in Hemingford Home, Nebraska?