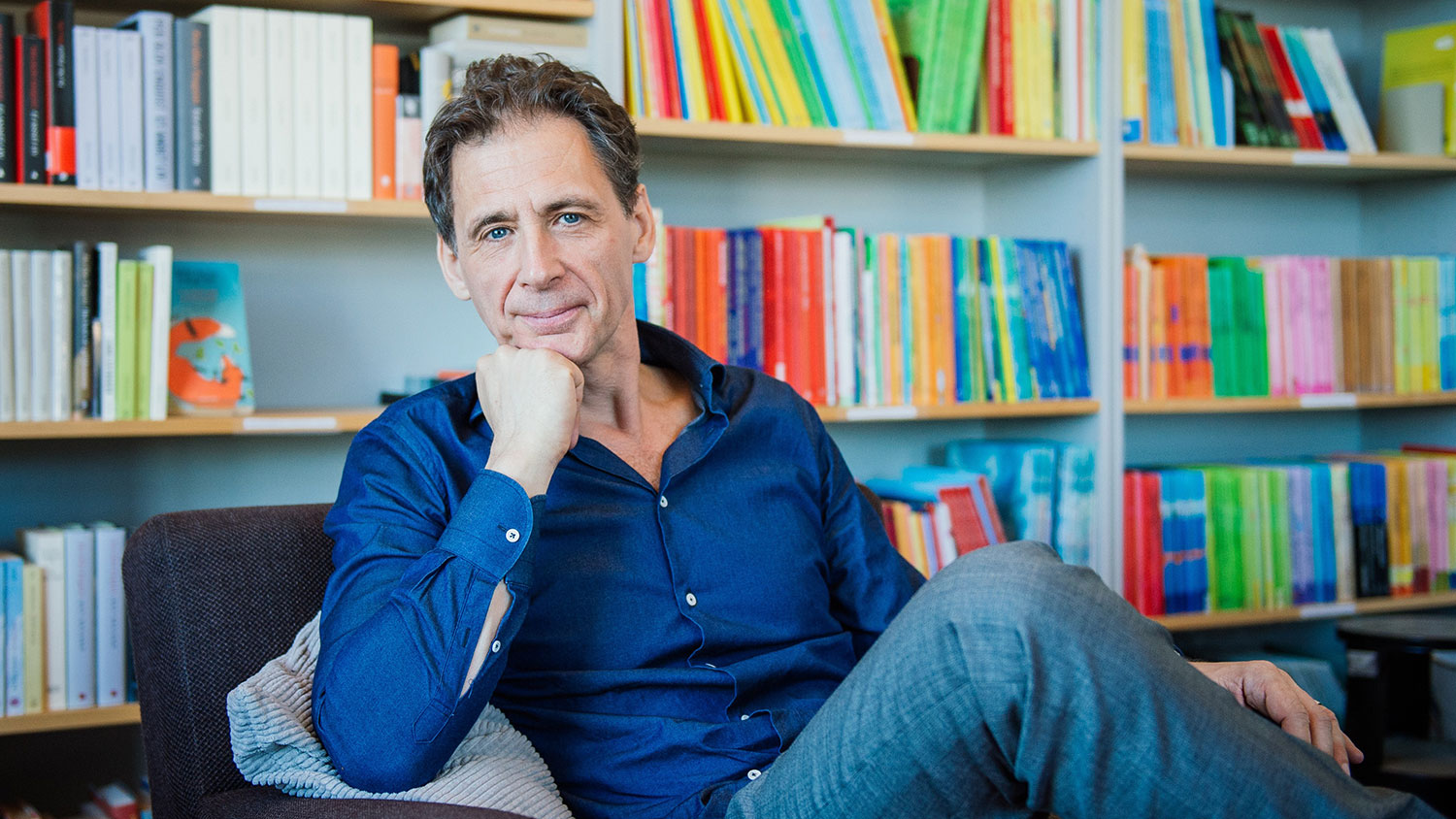 It’s 10:30 in the morning and the Swedish author David Lagercrantz is in a foofy midtown café, jacked up on double espressos and painkillers. He’s visiting New York on the latest stop of a massive international book tour, one that had him pinging from the Czech Republic to Germany to Italy to the Netherlands to France to the U.S.; fighting a nasty cold (hence the painkillers); and pushing The Girl in the Spider’s Web, his controversial continuance of the late Stieg Larsson’s blockbuster Millennium series. This morning, though, talk of Lisbeth Salander is pushed aside. There is another force of nature to discuss.

“In Sweden, you can’t even imagine how big it is,” Lagercrantz says, in his charmingly subtle Scandinavian accent. “I don’t think you can compare it [to anything]. Michael Yyyordan in his prime, maybe. He’s bigger than the king, Zlatan.”

Roughly five years ago, more than three decades into a respectable career of crime reporting and careful biographies, Lagercrantz got an unexpected assignment: write the life story of soccer megastar Zlatan Ibrahimovic. 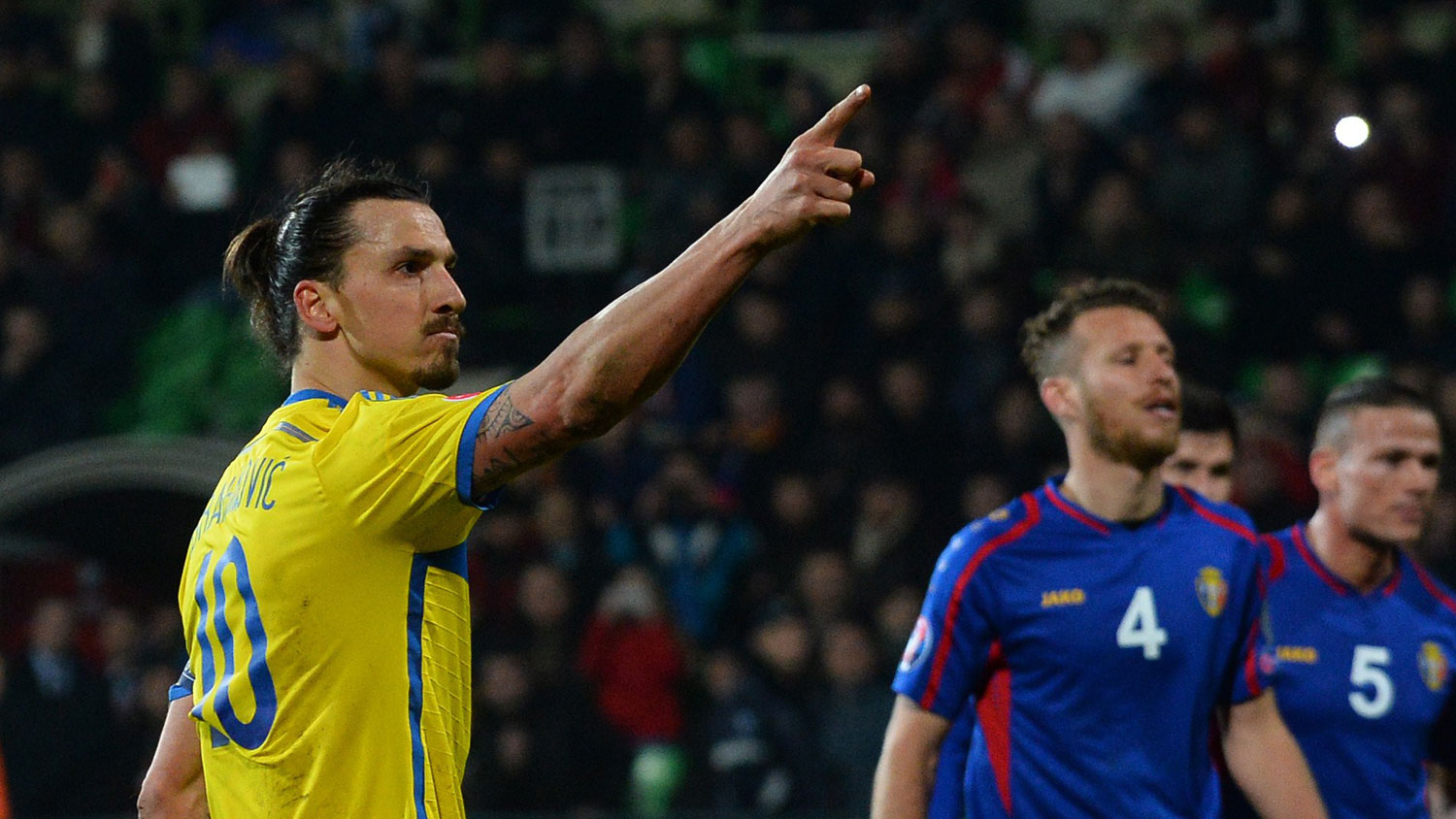 It was a juicy gig. But Lagercrantz — whose previous book was a well-received fictionalization of the life of mathematician Alan Turing — was about as far as one can get from a mercenary ghostwriter, not only by pedigree but also by blood: his father, the critic and cultural commentator Olof Lagercrantz, was a titan of Swedish literature.

“I’m ashamed to say,” he explained, with a smile, “that I’m from a very privileged background. My father was highbrow: writing long biographies of Dante and stuff like that. Ghostwriting sportsman memoirs? That was sort of the lowest of the low.”

It was the book’s publisher, Bonnier, that convinced him to give it a try. It thought Zlatan was bigger than football; it didn’t want a normal sportswriter. “I should not have been a typical choice,” he says. “But they had this crazy idea that something would happen.” And something certainly did.

Between its title — I Am Zlatan — and its crackerjack final sentence — “It was a fairy tale, and I was Zlatan Ibrahimovic” — were 300-plus pages of a gripping immigrant’s tale. Zlatan grew up in Malmö’s rough-hewn district of Rosengård with a father who, wrecked by memories of his native war-torn Bosnia, drank too much. Zlatan stole bikes for fun; Zlatan head-butted teammates who got in his way. Nobody liked him, nobody believed in him. So Zlatan worked harder.

Within the book’s constant toggle between perceived slights and commensurate revenge burbles a fascinating kind of Hulk-ian contained rage. But unlike the Hulk, it’s a rage that its owner is all too happy to unleash. Again and again, Ibrahimovic makes one point: He works best when he’s angry. And so the book pulls off the nearly impossible, making us believe that a 6-foot-5 behemoth of unspeakable natural talent was motivated all his life by a raw and ragged inferiority complex.

I Am Zlatan didn’t just shine while standing next to the remainder piles of bland sports memoirs that had preceded it. It was a runaway best seller: In Sweden, a country of just 9.5 million, 500,000 hardcover copies were sold in less than two months. It was short-listed for the nation’s prestigious literary award, the August Prize. It had the Financial Times comparing its star to Philip Roth’s Portnoy. That was all thanks to the strange alchemy between Zlatan and his fancy new friend David.

Lagercrantz began the book process while Zlatan was still with AC Milan. The author moved to Italy for a month, sitting with Zlatan for hours at a time, two or three times a week. From the beginning, he prodded Zlatan. Many sportsmen do a book like a business, Lagencrantz told him. You print T-shirts and you have your shoes and you do your book. But I mean, it’s not worthy of you: You can’t do anything like that. And Zlatan said, Sure.

Lagercrantz didn’t waste time asking about all the soccer goals: “I could watch them on YouTube.” He went for the trickier stuff. After his bouts of alcoholism during Zlatan’s childhood, Zlatan’s father, Sefik, cleaned up his act; by the time Zlatan was in his twenties, Sefik was his most ardent supporter. After first revealing to Lagercrantz the pain his father’s drinking caused him — the days of nothing in the fridge but beer — Zlatan quickly reversed course. He declared none of that could be included in the book. Lagercrantz pleaded with him: This is important.

“I will remember that my whole life,” Lagercrantz says. “We talked after a training session and he pointed at me and he said, ‘OK, David. But do it with love.’”

Once the first draft was completed, Lagercrantz and Zlatan sat side by side with the pages. “He looked over every damn word,” Lagercrantz says. “I mean, he was sort of my editor. He had his script, I had mine. And he doesn’t know how sensitive we writers are. So it didn’t go like, ‘Good book, but …’ He just started: ‘What the fuck is this?’”

There was a strange agreement brokered early, one that had its seed in the unorthodox decision to hire a guy like Lagercrantz in the first place. “We both agreed that it wasn’t an interview book,” Lagercrantz says. “I mean, you won’t sound like me if you just print out my words. You have to find the essence of it. It’s sort of an illusion. So I said to him, ‘We write your true story but we write it sort of as a novel.’”

He also never disguised that fact, speaking openly about it with the Swedish media for years. Then, while at the Hay Festival in Wales earlier this year — and, as the recently announced heir to Stieg Larsson, freshly under the microscope — Lagercrantz again broached the subject. This time, an odd little uproar exploded. Was the sublime I Am Zlatan a sham?! “The media was sending out news flashes that I was faking the quotes. I was trending on Twitter in 15 countries. It was crazy.”

Fascinatingly, it ended up as a debate about literary authenticity. And Lagercrantz defended himself gamely and ably. “I was not working as a journalist,” he patiently explained. “I know this — if you want to find something that sounds true and authentic, the last thing you want to do is quote.” He was after, he told the press, the “literary Ibrahimovic.” 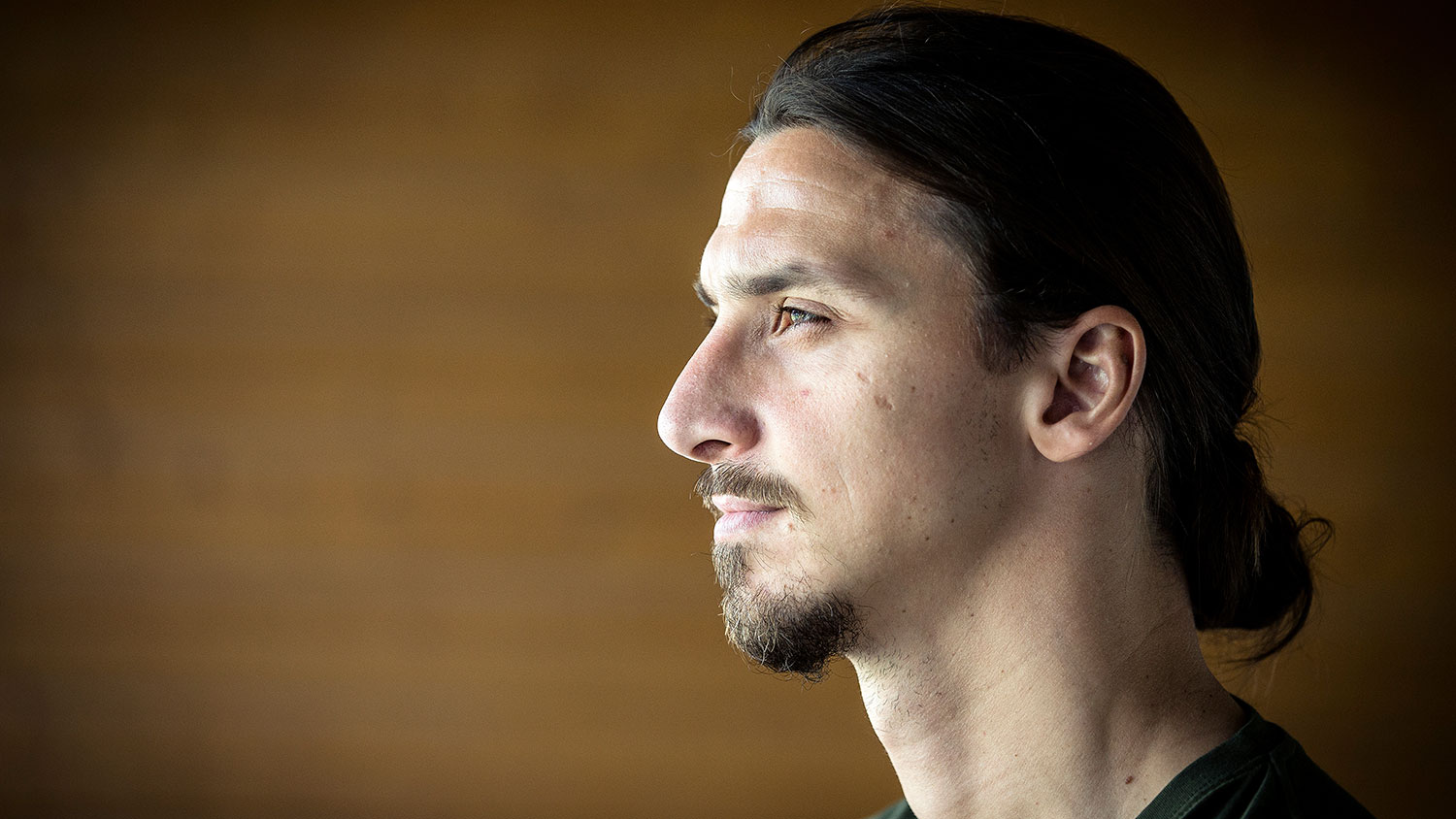 These days, Lagercrantz and Zlatan keep in sporadic touch. “Helena Seger, [Zlatan’s] girlfriend, said, ‘I never met two more opposite persons,’” Lagercrantz says with a laugh. “We SMS sometimes. We won’t, you know, go sailing together. He’s this tough guy from the ghetto. I’m this neurotic intellectual. But we were good.”

“The old Swedish sports stars,” Lagercrantz says, “they were nice but terribly boring. You know, Bjorn Borg. If you were a star in Sweden, you couldn’t say [it] — you must be humbled. Otherwise you weren’t Swedish. That was the old, equal Sweden.” Then a kid named Ibrahimovic, from an immigrant bastion called Rosengård, became one of the biggest stars in the world.

And he did it while screaming his head off and whipping his shirt around and careering in his Ferraris. These weren’t just empty gestures; they nudged Sweden forward. Lagercrantz speaks with shame about the country’s burgeoning xenophobia, as evidenced by the rise of the ultraconservative Sweden Democrats party. And he speaks warily of that old, worn idea that a Swede is supposed to look and act a certain way.

“Before the book, many people were saying he’s un-Swedish. After, more and more people understand why he’s different. It’s easy to be humble if you’re middle-classed and privileged. But if you come from [Rosengård], you must be like — come on! Here I am! And if you shall survive being different, you must be strong.”

Zlatan didn’t just change Sweden; he changed Lagercrantz, too. “You know, the beautiful thing is I have sort of grown up. I don’t care if I’m highbrow or not anymore. What the Ibrahimovic thing taught me is, you can do anything. I realized, a good book is a good book.”