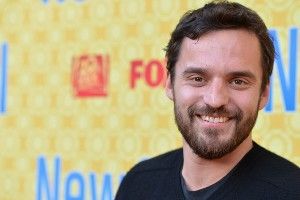 Unlike his aggressively unmotivated New Girl character, Nick Miller, Jake Johnson is proving to be quite the industrious type. Along with Max Winkler, scion of the Fonze (note: “He was just a regular dad. It wasn’t like he drove me to school on a motorcycle in a leather jacket, while I was in a little side car with my hair gelled back”), Johnson has sold a comedy pitch to his current home, Fox.

Johnson and Winkler will co-direct and co-write the show, which Deadline reports is about “five regular underdogs who, sick of getting screwed over, come together and form a real-world version of The Avengers. But, lacking any actual superpowers, they must rely on their intelligence and cunning to turn the tables on those who take advantage of the powerless.” So have they actually optioned the rights to Mystery Men, or can they expect an angry phone call from Ben Stiller?!

No, but, really, you should probably be excited for this, and for reasons besides Johnson’s current winning streak on New Girl. That’s because the last time Max and Jake teamed up, it was for Winkler’s directorial debut Ceremony, an underrated “I’m crashing the wedding to win back the bride” indie that co-starred Johnson as excellently boozy comic relief:

By the way — seeing as Johnson’s now selling comedies, and that Schmidt has broken out as the sneak favorite, and that Zooey Deschanel already had her cotton commercial fame and success — it’s time for Lamorne Morris to start making some side moves, or things are going to get pretty awkward on the New Girl set.