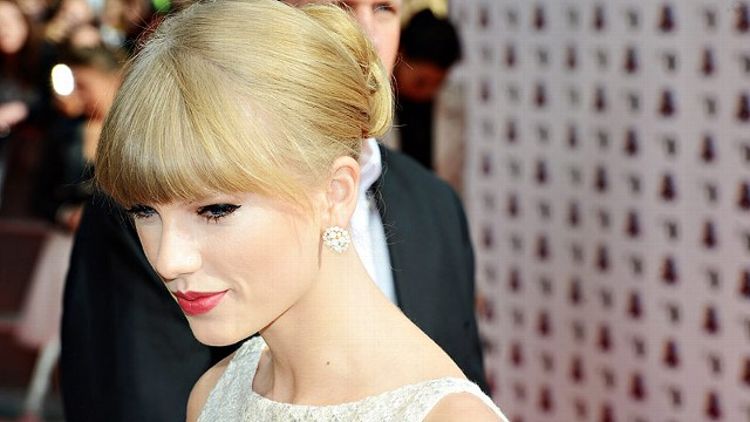 “Everybody is a complicated character.” —Taylor Swift in Rolling Stone

Taylor Swift has a libido, and it’s raging, y’all! On her new album Red, the 22-year-old Swift finally sort of admits to experiencing the fleshly desires that she has heretofore shunned singing (or even admitting to thinking) about. This is, after all, the person who once told an interviewer that the very idea of being thought of in a sexual way made her ill. But if Liz Lemon can have a sexual awakening on the final season of 30 Rock, certainly Taylor Swift can admit she wants to do more than slow dance in the rain under the moonlight with the tall, handsome, dark-haired men she favors in her private life.

Nevertheless, it’s shocking the first time you hear Taylor telling her unnamed lover “I’ll do anything you say if you say it with your hands” as she does on “Treacherous” — but also a relief that Taylor has opted not to get trapped in her presexual princess phase forever. After her childish hit single “Mean,” it seemed like if she didn’t change, Swift would risk turning into a country-pop Baby Jane, but she’s ditched the sparkly dresses in favor of a new ModCloth/Pinterest/Instagram look. She is still ultra-girly and feminine, but now she wears pants sometimes too.

The anonymous object of her affections that informs the bulk of Red‘s tale of a fiery relationship hitting the rocks is reportedly Jake Gyllenhaal, whom Swift dated for about six months two years ago. I had been under the cynical impression that Gyllenhaal and Swift were a publicity setup meant to save his image after Prince of Persia: He’s A White Guy Now flopped, but I could have been wrong. Swift was apparently affected enough by their six months of passion to write almost an entire album about it. I took the phrase “flew me to places I’d never been” in “Trouble” euphemistically to suggest that he may have also buttered her muffin.

Taylor seems more confident now about her huge ambition and success, although she remains typically self-deprecating about her romantic life. While she’s been accused of portraying herself as a victim of selfish men’s whims and the vagaries of fate, she is not one to knowingly repeat mistakes. Taylor records her experiences not just for posterity but as a way to work through them, analyzing all the wrong turns and searching neurotically for ways to do everything better the next time — all to minimize the possibility of future regrets. That there are things out of your emotional and physical control no matter how good you are at managing, say, a huge musical career or blonde curly hair. This is what Swift grasps on Red.

While she can still occasionally be sanctimonious, Taylor’s formerly staunch morality seems to be mellowing out slightly. (Or at least realizing that going out dancing is more fun than sitting at home judging.) The album may be called Red, but it’s really about shades of gray. During her love affair with the unnamed Casanova she progresses from fantasizing about their future together to dwelling bittersweetly on their past.

Several songs allude to the impossible longing generated by long-distance relationships. Swift romanticizes her desire for the promise shown early in the courtship that seemingly never materialized into a long-term reality. She sounds increasingly ambivalent about the prospect of finding a fairy tale love and more focused on the memorable details of her experiences. The album sees Taylor exploring her emotions to their greatest heights and depths and realizing that maybe she is a little freaked out by being constantly that high or deep.

Despite her fondness for good manners and Betty Draper–style conservative ankle-grazing outfits, many of Taylor’s songs are incredible angry-scorned-woman anthems. She is fond of dropping specific details to make sure the guy will know the song is about him. She said that she wrote “We Are Never Ever Getting Back Together” to specifically torture her snobby indie-loving ex-boyfriend, knowing it would be omnipresent. While Alanis Morissette ran from the vengeful-woman label after “You Oughta Know,” Swift seemingly has no qualms about being labeled a crazy bitch for her vindictive lyrics. Her surety that she is neither one of those things makes her fearless about openly calling out those she feels have wronged her.

By Taylor’s logic, if a guy hurts her feelings she has every right to broadcast it to the world, and keeping quiet would be letting him get away with it somehow. She happens to have a huge platform, but it’s not all that different from the passive-aggressive messages posted by exes on social networks or the plot of Annie Hall. Detailing exactly how and why she fell in love and what went wrong exorcises the relationship, but it also helps her understand what she is attracted to and work on retraining her romantic radar away from people that will make her feel terrible.

It’s interesting how often people question Taylor about her many male muses. Some of it is merely undermining, suggesting that her good-girl image doesn’t quite mesh with the long list of famous pretty boys she’s supposedly dated. I’ve been reading a biography of Leonard Cohen, a famous public chronicler of his intimate relationships, who wrote many songs about women, some of them women he saw in passing once or twice and then formulated a fantasy around. It feels explicit somehow, hearing Taylor Swift’s fantasies, relatively clean as they are. The album starts as a paean to her amorous lust for a specific man, and continues into the miserable consequences of following through on it.

Taylor diverges from the main narrative for “The Lucky One” and “Starlight.” “The Lucky One” is a cautionary story about Hollywood, very similar thematically to Britney Spears’s “Lucky,” the song that eerily foreshadowed her problems long before they became public. The first verse of “The Lucky One” makes reference to a spotlight-seeking girl who changes her name and gets a makeover to look like “a ’60s queen.” At first I thought Swift might be shading Lana Del Rey, the slutty Wicked Witch to Taylor’s virginal Glinda, but the second verse reveals that the protagonist is someone older than Taylor who got out of the entertainment business before it drained her soul completely. This woman supposedly moved to a farm with roses before she turned into Norma Desmond. Who is the woman with the rose garden? Is it Taylor attempting to Looper herself?

Swift experiments with a variety of production styles, some more successful than others. “The Lucky One” itself is a power-pop ballad with Lesley Gore–style verses and a Tom Petty–ish chorus about how once you finally reach the summit of success that you believed would make you feel happy “you don’t feel pretty, you just feel used” and are immediately barraged by an infinite number of younger clones aiming to replace you. “22” captures the manic energy of going out and forcing yourself to have fun with your friends and hit on random hot guys in order to get over a failed relationship. It will probably end up on the soundtrack of Girls. On “Trouble,” Swift pioneers Sisstep (or Swifstep), the feminine equivalent of Brostep.

The first part of “Starlight” sounds like a trance song before an abrupt transition into a more traditional sound, and then you realize this is the rumored joint about Ethel and Bobby Kennedy that Taylor wrote after seeing HBO’s Ethel. I guess it’s part of Taylor’s whole “old for her generation” spiel that she idolizes the Kennedy clan. Has Taylor read Jackie, Ethel, Joan: Women of Camelot, with its in-depth exploration of the whole drinking and philandering aspect of the Kennedy male mythos? I’m not saying Taylor’s boyfriend Conor Kennedy will inherit the mantle — I just think it’s a weird thing to romanticize being a political wife who tolerated painful bullshit for the sake of appearances.

But even with all the big pop gestures and production tassels on Red, it’s the simpler folk ballads that are Swift’s strongest and best. “Treacherous,” “Sad Beautiful Tragic,” and “Begin Again” recall Swift’s ’70s folk-rock heroes like James Taylor (whom she name-checks) and Kris Kristofferson. Despite the hostile jokes about hipsters, it’s clear that Swift takes a great deal of pride in her vinyl collection. In the age of ringtones, she is an albums artist who makes albums to play all the way through, which some customers still go and physically buy in a store.

One of the best songs, “The Moment I Knew,” appears as a bonus track on the deluxe edition. It’s a melodic pop-rock song concerning a birthday party to which the singer’s crush or boyfriend (it sounds vague even to her) never shows up, humiliating her and effectively ruining the whole day. It’s a perfect Taylor Swift song, full of specific details that ring true across types. On Red, she learns one of the fundamental lessons of adulthood: People are not always all they seem, especially superficially charming people.

Swift has said she didn’t want to peak at 18. It seems unlikely she will peak at 22, either. She also claimed she’d rather have a stable emotional relationship than risk garnering material for Red II: Born to Red with any more stormy but intense romances. Considering how well Red seems poised to do, you have to wonder if Swift will second-guess her decision to protect her heart, although you could say the same thing about Adele. Swift may be type A but she’s also a hopeless romantic, and most people don’t stop making mistakes at 22, or ever. Not that Taylor has to make bad choices to write great songs, but everyone knows that breakup albums are the best.