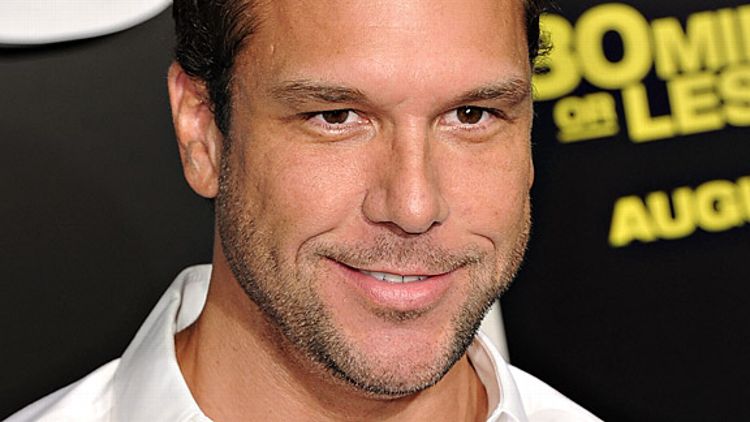 Dane Cook has landed a development deal at NBC, and will produce and star in a half-hour comedy with an eye on a fall 2012 premiere. The ever-divisive Cook’s movie career has mostly fizzled, but he’s still a huge stand-up pull, and, despite whatever personal aversion you may have, there’s no reason why Cook shouldn’t be allowed to take a crack at a TV show. If this fails too, though, Dane should probably move to a small village in Southern Italy and start a new life as a kindly cobbler. Grade: D [Deadline]

Yesterday, the news about Antoine Fuqua was that he was directing a Suge Knight documentary for Showtime. Today, the news about Antoine Fuqua is that he’s in talks to direct Hunter Killer, an adaptation of George Wallace and Don Keith’s novel Firing Point, in which a Navy SEAL team has to rescue a Russian president, taken hostage during a coup, and stop a rogue general from starting international war. And with that, we bring to a thrilling conclusion the latest edition of our beloved feature, News About Antoine Fuqua. Grade: B+ [Showblitz]

Broadway’s Sutton Foster will star in the ABC Family show Bunheads, created by Gilmore Girls’ Amy Sherman-Palladino, as a Las Vegas showgirl who marries a dude, moves to his small home town, and works at his mother’s dance school. When reached for comment on her transition from the stage to small screen, Foster just kept yelling “TV money!” over and over. Grade: A- [HR]

Blockbuster screenwriters Alex Kurtzman and Roberto Orci are taking a detour from Transformers and its ilk to produce a quiet character drama for CBS. The untitled show is based on the life of Robyn O’Brien, an advocate for cleaning up the food supply, and will revolve around a congresswoman who fights similar battles for the underdog. However, in a nod to Kurtzman and Orci’s regular gigs, the congresswoman will fight battles for the underdog with the help of Optimus Prime. Grade: B- [Deadline]

Warner Bros. is kicking around Gods and Kings, an epic based on the Book of Exodus and the stories of the life of Moses, and wants Steven Spielberg to direct. As Deadline notes, it’s a real longshot that Stevie will actually do the movie because he’s so busy with other projects, but discussions are happening. If Spielberg does turn it down, maybe Mel Gibson is available? Grade: B+ [Deadline]

John Goodman has joined the cast of Flight, starring Denzel Washington as a Sully Sullenberger-type hero pilot who is later investigated for substance abuse issues. Goodman will play Denzel’s pal who helps him sort out his personal problems. The roles of the sacrificial geese have yet to be filled. Grade: B [Deadline]

Dominic Cooper will star in Joel Silver’s Motor City as a felon who is released from prison and tracks down the guys who framed him. Weirdly, this is the exact same story arc Cooper had in Mamma Mia! Grade: C+ [Showblitz]

Does J. Cole Have a Jay-Z Problem?