Prepare Yourself for the ‘Married … With Children’ Spinoff 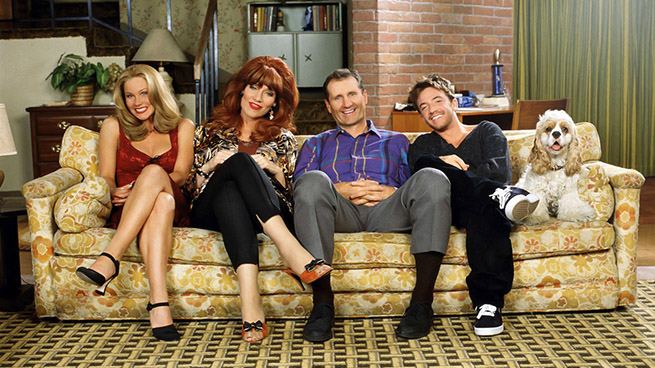 We’re coming up on two decades since Married … With Children wrapped its 11-season run. Meaning, yes, the nostalgia box is ripe for the opening, and inside it is David Faustino, the center of a potential new series Sony Pictures Television is thinking about. Bud Bundy forever?

Sons of Anarchy‘s seventh (and final) season premiere is the show’s most-watched episode with 6.2 million viewers.

Gilmore Girls is coming to Netflix.

Gillian Anderson will be a series regular on Hannibal‘s third season.

The Simpsons will be haunted by their old, jankily drawn selves in this year’s “Treehouse of Horror.”

George Clooney will be on Downton Abbey‘s Christmas special.

Katie Holmes has lined up her directorial debut.

Leonardo DiCaprio and Jonah Hill’s movie about Richard Jewell, the 1996 Olympic bombing-preventer who got his own 30 for 30 short, might be directed by Paul Greengrass.

And Channing Tatum vs. porcelain dolls.