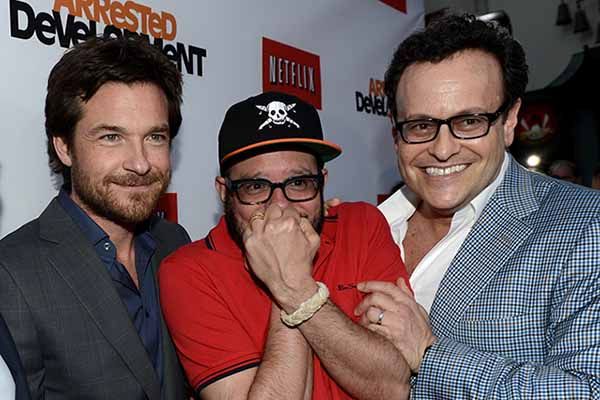 Believe it or not, new Arrested Development hits the ‘flix this Sunday. And how is creator Mitch Hurwitz spending his last few spare moments of pure goodwill and fevered anticipation? By getting out a very important message. While it was previously rumored that the new season could be watched in any order you desired, he’s now telling us how it actually works.

I’m really doing everything I can to put out that misconception that it can be watched in any order. Although I really did have that ambition at one point … Not only will the episodes be available at the same time on Netflix, but they also cover the same period of time in the characters’ lives. So it seemed like, yeah, you should be able to jump in in any order and see George Michael’s episode and then maybe Buster’s episode, if you want [but] I pretty quickly realized everything here is about the order of telling the stories, that there will be shows where you find out a little bit of information and then later shows where you revisit the scene and you find out more information … I thought, okay, this may not be up for debate.

One more thing: Last week, BuzzFeed reported that certain scenes on the new season were shot using green screen, to get around the actors’ busy schedules. For example:

Rivals Lucille Bluth (Jessica Walter) and Lucille Austero (Liza Minnelli) share the screen in at least one scene in the new season, but the characters, who are shown interacting in a restaurant, were not in the same room together, according to one source. For that scene, the source described Hurwitz reading, off camera, Walter’s parts while Minnelli filmed her lines. The footage was later combined with footage Walter filmed alone. The result, says this source, is a mixed bag.

Kind of weird, right? To his credit, Hurwitz isn’t exactly treating this as some deep, dark secret. In an interview with Rolling Stone (via Vulture), he explains it his way:

We ended up with an eight-hour movie of Arrested Development where the pieces do kind of come together. Not only was the show told out of sequence, it was shot out of sequence. Half of the stuff is on green screen. There are scenes where there are two characters talking to each other. On one side, it’s Jason Bateman in July, and on the other side it’s Portia in November. It was these crazy, crazy things where everybody had to say, “Wait, she hasn’t gone to that party, so she wouldn’t have that makeup on, therefore…”

But don’t worry: I mean, the pieces “do kind of come together.” Anyway: new Arrested Development! This Sunday!

Cannes Interview: Rooney Mara and Casey Affleck on Ain't Them Bodies Saints, Their Career Choices, and the Joaquin Debacle