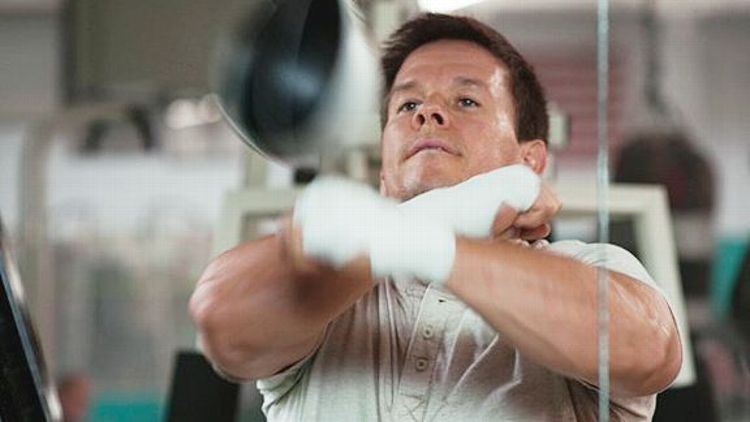 Mark Wahlberg is in talks to reteam with his Contraband director, Baltasar Kormakur, for 2 Guns, which is working off a script originally drafted by Blake Masters and rewritten by David O. Russell. It follows a DEA agent and an undercover naval intelligence officer who are both stealing mob money and unwittingly investigating one another. That makes it sound a little like The Departed, which also starred Wahlberg. If Marky’s going to be cribbing off his own movies, can he do Fear next? Grade: B [Showblitz]

Warner Bros. is developing Don Winslow’s 1950s-set novel Satori for Leonardo DiCaprio to star in. He’d play Nicholai Hel, a Westerner raised in Japan and mentored by a martial arts expert/military general. Things get complicated when Hel kills a guy that would have targeted the general as a war criminal, is thrown in prison for three years, and is freed by the CIA in exchange for killing the Soviet commissioner to China. Later, he meets a beautiful French woman, of course. Oh, also, he’s a master at Go, the chess-like Japanese board game. The potential “Leo squinting” meter reading is off the charts! Grade: A- [Deadline]

You thought the world was turned off forever by TV shows based on slight Internet concepts after $#*! My Dad Says? You thought wrong! Texts From Last Night — the stockpile of drunken and otherwise addled party texts — will have its third run through the network adaptation process, with Silvio Horta (Ugly Betty) giving it a whirl for Happy Madison and Sony Pictures TV. What could possibly go wrong? Grade: D [Deadline]

Val Kilmer has joined the cast of The Goats, an adaptation of Brock Cole’s young-adult novel that is being directed by D.J. Caruso (Eagle Eye). Chandler Canterbury and Annalise Basso star as kids at a summer camp who get pranked and then stranded on Goat Island. Val Kilmer plays king of Goat Island a sheriff. Grade: B [Showblitz]

Pink has joined the cast of Thanks for Sharing, an ensemble drama about recovering sex addicts also starring Patrick Fugit, Mark Ruffalo, Gwyneth Paltrow, Tim Robbins, and Josh Gad. And, somewhere, 50 Cent is all like, “Fall back, Pink. Fall back.” Grade: B- [Showblitz]

Rose McGowan is starring in the romantic thriller Napa as a veteran of the Afghan War who returns to her hometown to work as the sheriff. Sorry, this is a “thriller”? How gnarly do the streets of Napa get? Grade: C [HR]

Elizabeth Shue and Abigail Spencer have joined Curtis Hanson’s surfing drama Of Men and Mavericks. The movie revolves around the true story of Jay Moriarty, a champion surfer who died in a diving accident at 22. Shue will play Moriarty’s mother; Spencer plays the wife of Moriarty’s mentor Frosty Hesson, who is being played by Gerard Butler. That’s pretty excellent casting, as we’ve long felt Gerard Butler looked like a “Frosty.” Grade: B [HR]

Metals and Feist's Escape From the Mainstream