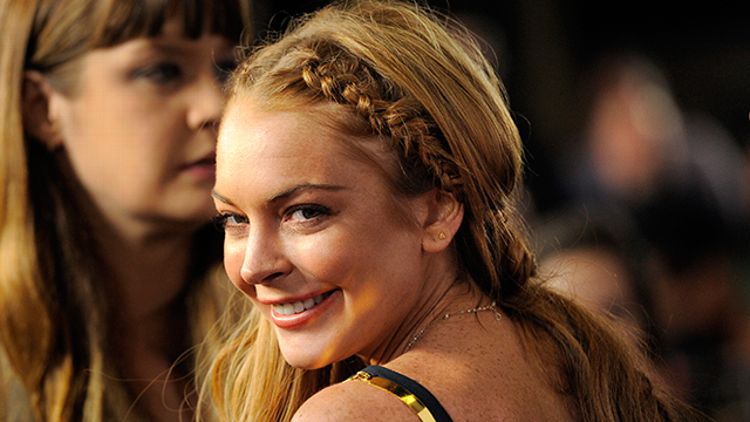 After the bonanza of behind-the-scenes train wrecks that was The Canyons, you’d think that, at least in the immediate aftermath, we wouldn’t be able to rely on Lindsay Lohan for much more action. But like MJ against the Blazers in ’92, Lohan can’t miss right now. So feast your eyes on this latest bit of WTF. After Lindsay posted an Instagram selfie with the caption “#back@work! So grateful today! : ),” E! did some snooping and found that said work meant a cameo on Eastbound & Down. That’s right: Lindsay Lohan’s riding with Kenny Powers.

According to E!, “A source tells us that Lohan plays the daughter of one of the show’s main characters and was filming a wedding scene set many years in the future. And yes, she was the bride! No other details were immediately available, but in her selfie her long red locks are curled, big-hair-style, in keeping with the down-home vibe of the show.” We already know Season 4 of EB&D will be set seven years in the future, and we already know that Kenny will be back home in North Carolina trying to live the family life. So is the Lohan scene a flash-forward, to when Kenny is a distinguished older gentleman happily giving away his beautiful daughter’s hand in marriage? Or is there some other, more sordid explanation? Seeing as Lohan could teach even Kenny Powers a thing or two about sordidness, let’s hope it’s the latter.

Afternoon Links: The Internet for Kidz, in 1997