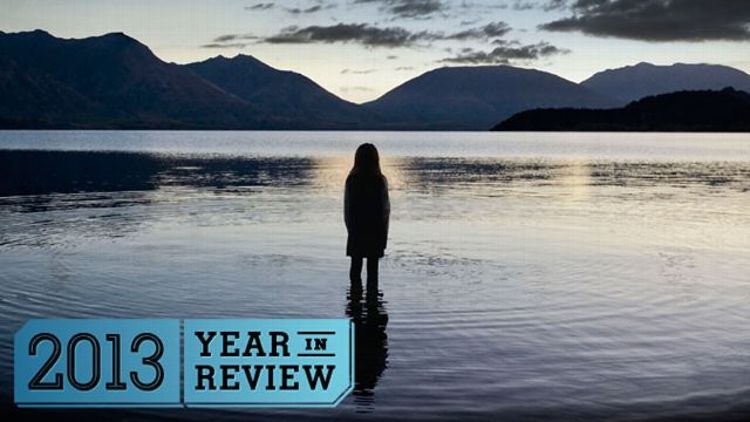 10. Girls (HBO)
Putting aside the rom-com Ephronica of the finale, Girls’s wildly improved second season impressed for the breadth and ballsiness of its storytelling. Hannah’s all-night coke bender was plenty funny, but her two-night love affair with a dashing adult was intimate, fearless filmmaking. No other show bubbles with pop and possibility like this. One man’s trash is another girl’s treasure.

9. Eastbound & Down (HBO)
Danny McBride’s Kenny Powers is one of the greatest creations in recent TV history, a strangely eloquent waster whose selfish hero’s journey finally reached the bottom of the ninth this year. Still riotously funny, Eastbound actually got better as Kenny, high as ever, was dragged down to earth by the inevitability of adulthood and suburbia. It’s hard to describe a series that featured a man getting his prosthetic chin shot off as touching, but here we are. What’s that? Am I crying? Come on, bro. I must have gotten chlorine in my eye at the water park.

7. Masters of Sex (Showtime)
Let there be light! After an impossibly dark, blood-soaked decade rife with bad behavior and worse outcomes, the arrival of Masters of Sex made me downright ecstatic. Anchored by revelatory performances from Michael Sheen and the never-better Lizzy Caplan, Masters is a historical show about the invention of our modern age. No dead bodies here, just nude ones, and the entire affair is wrapped up in an era that feels like the beginning of something rather than a pre-spoiled dead end. Choose life.

6. Parks and Recreation (NBC)
“Pleasant” and “consistent” aren’t words that tend to move the needle when it comes to TV audiences. But maybe they should. What Parks’s stellar cast and nimble writers are accomplishing is the sort of gently moving comic mastery not seen since the glory days of Cheers. And with flawless episodes like “London,” the student may well have surpassed the master. It’s not that every one of the remarkable characters toiling within Pawnee City Hall knows your name. (Jon Glaser’s hostile Councilman Jamm definitely doesn’t.) It’s that you can’t imagine ever wanting to while away the half-hours in the company of anyone else.

5. Orange Is the New Black (Netflix)
With a strategy built on content-dumping and binge-watching, Netflix seems keen on changing the way TV stories are told. I’d rather it focus on changing the types of stories that TV gets to tell. It’s a mission the streaming service accomplished in surprising and satisfying ways with Orange Is the New Black, a series about the dead end of prison that felt more alive than nearly anything on the traditional dial. Wonderfully diverse, proudly feminist, and unquestionably bawdy, Orange made doing time an absolute joy.

4. Breaking Bad (AMC)
Television’s most daring, adrenalized show went for broke in its final eight hours. Yes, the finale was tidy, but it’s worth remembering how the previous two episodes were gloriously messy, spattered with blood, sweat, and acid. Even better than the heart-stopping, knife-wrestling, tea-poisoning delirium was the shared cultural experience. It was two months of national breath-holding and eye-covering. When our hands finally came down — and Walt hit that laboratory floor — it was clear we’d be unlikely to ever see anything like it again.

3. Black Mirror (Audience)
TV is often considered a passive medium, the type Marshall McLuhan would call “hot.” No matter how much we (on) demand and DVR, it’s something that happens to us while we sit on our couches, transfixed. The brilliant British anthology series Black Mirror is a bracing corrective to our remote-controlled inertia. Just six non-serialized episodes, it’s a deeply disturbing, paradigm-rattling experience that suggests technology isn’t always about getting the new thing, it’s also about giving something up. Black Mirror isn’t a vision of the future. It’s a reflection of the present.

2. The Americans (FX)
A brilliantly entertaining spy show, The Americans is also the most searing and emotional series I can remember to deal with the dirty business of love and marriage. Matthew Rhys and Keri Russell are devastating as two undercover — in all senses — KGB agents struggling to balance work and life when the two are irrevocably connected and the Kremlin has its blini-stained finger on the scales. The Americans may be set in the monochrome early ’80s, but no show on TV has a brighter future.

1. Top of the Lake (Sundance)
Television works (and works well) because of a reliable series of time-tested patterns, structures, and rhythms. Every so often, though, the entire medium is elevated when an outsider arrives to knock the whole thing down. New Zealand–born director Jane Campion made the most haunting, hilarious, and devastating show of the year by following no muse but her own. The puzzle pieces may look familiar — cops, families, small-town secrets — but the artistry lies in the unique and inspiring way Campion put them all together.