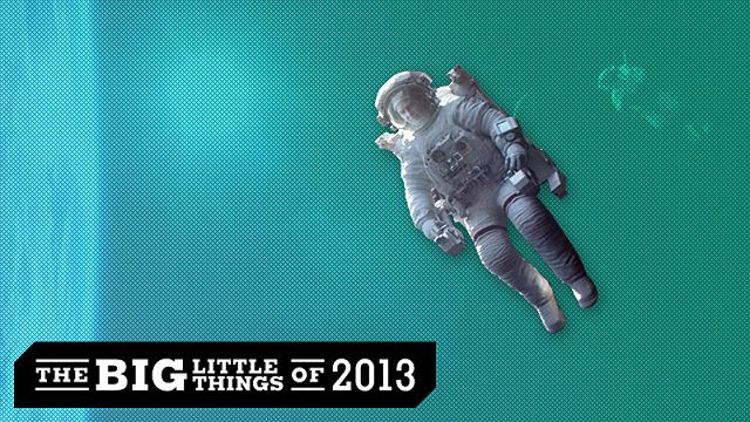 It’s hard work being a sidekick. You do all the grunt work and get only a fraction of the shine. You have to follow the hero wherever they go and must always be careful not to eclipse them. You can’t get too hungry for power or the spotlight. You have to know your role, as a secondary lead, a perennial weed carrier. You don’t have to stay a sidekick forever. You might still get to go solo someday, with your own series running on a small imprint. But some people like playing second fiddle. They don’t desire a spinoff. They actually prefer it this way. They function best as part of a mutualistic relationship that is significantly less mutual on one side. They just want to assist on a quest, not spearhead it. Great sidekicks may not have the most lines in the script, but they have the best ones. And by stealing all their scenes, they bring about the question: Who’s really the sidekick here? Here are the 10 best sidekicks of the year.

1. Stevie Janowski (Steve Little): Sidekick to Kenny Powers (Danny McBride) on Eastbound & Down
As the Sancho Panza of Eastbound & Down, Little invented a persona just as lovably grotesque as Kenny Powers himself, albeit very differently so. Over the show’s four seasons, Stevie Janowski went from simpleminded loyal chum to devious-minded partner in crime. Stevie’s spirit was corrupted by the cruel war Kenny waged on himself, but he didn’t care. Stevie just walked further into the fire. In Kenny he found a brother, father, son, BFF, and husband. Stevie gained a wife in the second season, Maria (played brilliantly by Elizabeth De Razzo). For the very first time he learned how to love, how to hurt the one you love, and how to convince them you’ll never hurt them again. Stevie made the journey from innocence to ratchetness. By the show’s end, he’d finally realized he wasn’t meant to be like Kenny after all. He was a weaker sort, a soft little ball of cookie dough. And in the end, that was all right. Someone has to stay behind and be the Horatio who regales the world with folktales about the legendary Kenny Powers, with all the feeeeeeeeeeexins.

2. Kim Kardashian: Sidekick to Kanye West
Real ride-or-die chicks will go to whatever weird New Age environment screen-saver-papered corner of your mind you ask. They will strap themselves to you on a motorcycle like LED underglow. That’s why they’re worth a thousand bitcoins.

3. Matt Kowalski (George Clooney): Sidekick to Ryan Stone (Sandra Bullock) in Gravity
As astronaut Kowalski, Clooney acted more like someone buying out the bar at Caesars Palace than a person trapped in outer space. But it’s comforting to know that even in space, his tippling charm translates. Bullock’s Stone had enough anxiety for the both of them. Best to let Clooney kick back, unknot his tie, and bring a little zaniness to Gravity so you don’t just pass out.

4. Scott Thorson (Matt Damon): Sidekick to Liberace (Michael Douglas) in Behind the Candelabra
Getting plastic surgery to resemble your lover is like getting a tattoo of his or her name, but on the hundred-millionth level. Thorson basically got a permanent tattoo of his boyfriend’s face on his face. That is some sick devotion.

5. Gary Walsh (Tony Hale): Sidekick to Selina Meyer (Julia Louis-Dreyfus) on Veep
Buster Bluth would have been enough greatness for one lifetime, but Hale has proven he’s not a one-trick, two-Lucille pony on Veep, where he plays the sycophantic Gary Walsh. Gary (like Buster) is another strange man-child who craves approval from maternal figures more than anything else. Hale plays very broad characters with complete subtlety, making them real people. He was especially great in “Helsinki,” the season’s best episode, in which he was like a lapdog led to believe it could be a pit bull.

6. Alien (James Franco): Sidekick to Faith (Selena Gomez), Candy (Vanessa Hudgens), Brit (Ashley Benson), and Cotty (Rachel Korine) in Spring Breakers
Showing up out of nowhere like a cornrowed fairy godmother to help our beloved gang of spring breakers, Franco’s Alien was generous in every way. He found the exact line for hamming it up while still remaining scary, and he never went over it. His performance helped ground Spring Breakers’ magical realism. Everything made perfect sense within the movie’s trippy Pleasure Island logic. Make no mistake, Alien was the girls’ sidekick and not the other way around.

7. Paul Doyle (Dwayne Johnson) and Adrian Doorbal (Anthony Mackie): Sidekicks to Daniel Lugo (Mark Wahlberg) in Pain & Gain
Like a Destiny’s Child of 'roided-out dumbasses, these three were the year’s best trio. All of them got so ripped that they looked like Rob Liefeld drawings in order to play heavily fictionalized versions of the three real-life criminals who botched a Florida kidnapping to horrifying effect in the mid-’90s. It’s the best camp classic to feature action stars tweaking the nipples of their hyper-macho images since To Wong Foo, Thanks for Everything! Julie Newmar. Wahlberg was right in his wheelhouse as Lugo, a trainer and lifelong shitbag angry that he is not smarter and/or richer. But his buddies, played by Johnson and Mackie, almost steal the show, as Doyle, a Christ-loving cokehead with a sensitive hulkishness recalling Frankenstein’s monster, and Doorbal, an impotent goofball who falls helplessly in love with Rebel Wilson’s nurse.

8. Bob Benson (James Wolk): Sidekick to Pete Campbell (Vincent Kartheiser) on Mad Men
You want some coffee? Does your mom need a medical aide? Do you need help caring for your baby? Wanna go to the beach? Do you need anything else? Are you sure? I’ll come back later. Sincerely, your friend, Bob Benson. (BEWARE!)

9. Sophie (Mickey Sumner): Sidekick to Frances (Greta Gerwig) in Frances Ha
Frances Ha is all about the gaping wound that is created when your sidekick leaves you for another relationship. Most of what we see in the movie is Frances suffering from Sophie’s absence. How to explain that the greatest romances don’t always involve sex? Only at the very end do we actually get to glimpse the twin-ship Frances has been telling anyone and everyone about without prompt.

Honorable Mentions: Pharrell; that day on the Internet when Adam Driver was rumored to be playing Nightwing; Dwyane Wade; Miley Cyrus’s tongue.