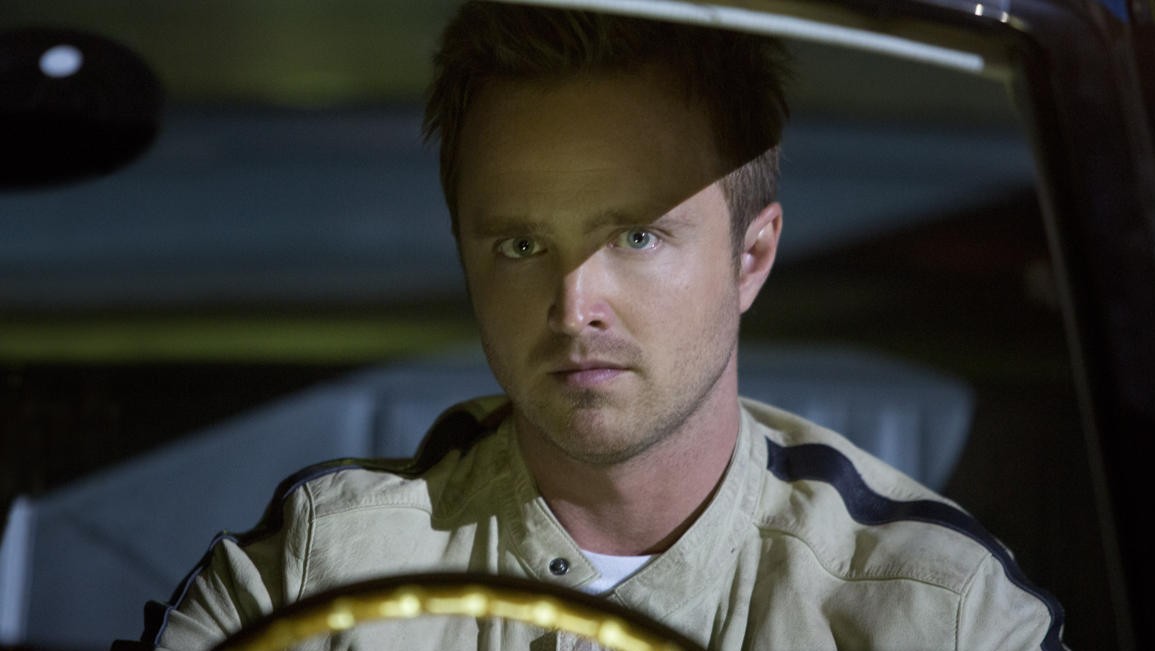 Last week, Electronic Arts and a consortium of Chinese investors announced plans to make a sequel to 2014’s Need for Speed, a widely dismissed and thoroughly disreputable car chase movie starring Aaron Paul based on EA’s popular video game. If you live in America, you probably didn’t see Need for Speed — it did mediocre business Stateside, grossing $44 million against a budget of $66 million. But Need for Speed pulled in more than triple that amount internationally, for an overall take of $203 million. About $66 million was earned in China, which explains why three Chinese companies who previously teamed up to finance Transformers: Age of Extinction are looking to set Need for Speed 2 in their home country and populate it with native actors.

If the involved parties get their way, the budding franchise will skip its 2 Need 2 Speed installment and go directly to Need for Speed: Shanghai Drift. It’s not a done deal yet: DreamWorks, which holds the sequel rights, still has to sign off. But it’s hard to imagine a better offer coming from someplace else.

Now, I actually kind of enjoyed Need for Speed, which is neither “good” nor “so bad it’s good” but rather somewhere between “good enough to pass the time” and “bad enough to never recommend.” It’s the kind of movie you stumble into watching one night and don’t ever expect to speak of publicly. And yet, here we are, talking about Need for Speed more than a year later because it’s somehow relevant again. What a world.

Like most people, I first heard about Need for Speed via promos that aired during the tail end of Breaking Bad’s final season, way back in the fall of 2013. I was already worried about Paul’s post–Jesse Pinkman career, and the ads for Need for Speed only intensified my concern. While he was brilliant as Walter White’s sidekick, Paul had sublimated himself to the “YEAH, BITCH!” zone a little too much. On talk shows, on SNL, and even on his Twitter feed, Paul and Pinkman were indistinguishable from one another. Like post-Lebowski Jeff Bridges, Paul seemed to be playing a version of his most beloved character in every other part of his life.

But Vince Gilligan wasn’t going to turn Better Beat Up Jesse into a spinoff, so Paul needed to find a way forward. The last we see of Jesse on Breaking Bad, he’s driving at an insane speed away from Walter White and, by extension, the show’s audience. In Need for Speed, Paul is street racer Tobey Marshall, and he’s now driving toward us at an insane speed. Paul’s specialty on Breaking Bad was portraying tweaked-out stress-energy; in Speed, he’s supposed to be Paul Walker and Vin Diesel in one package, the ultimate impassive seat filler.

It was a weird solution to overcoming Pinkman — where Pinkman was merely fictional, Tobey Marshall is illusory; the character is so underwritten, he’s barely there. After five seasons of Shakespeare in New Mexico, playing William Catesby to Bryan Cranston’s Richard III, Paul’s most meaningful monologue in Need for Speed is repeating the same torturously squeaky “Nooo!” over and over at a rolling car wreck.

This scene depicts the death of Little Pete, Need for Speed’s inciting incident. But I’m getting ahead of myself. Allow me to explain the mythology of the Need for Speed universe, as this information suddenly seems useful.

A movie like this always has a team, and the team in Need for Speed includes Benny “The Maverick,” a pilot played by Kid Cudi with seemingly limitless access to planes and helicopters in service of guiding Tobey through city streets. There’s also Joe Peck, the mechanic, and Finn, the computer expert, who quits a nice-paying job in Detroit to help Tobey be a street racer for free.

Back to #RIPLITTLEPETE: He’s killed during a race near the team’s home base in Mount Kisco, New York, against the dastardly Dino Brewster (Dominic Cooper), Tobey’s rival and current boyfriend of his ex and Pete’s older sister, Anita, played by the incomparably inscrutable Dakota Johnson. Dino bumps Pete, sends him off a bridge, and then frames Tobey for the accident, sending him to prison for two years. Once he gets out, Tobey’s mission is to avenge Little Pete and beat Dino in the De Leon, a mythical underground race.

Remember how Michael Keaton, during the promotion of Birdman: The Unexpected Virtue of Ignorance, kept insisting that Riggan Thomson was not really based on him and nobody really believed him? Well, Keaton was right, because Riggan Thomson starred in a play based on a book by Raymond Carver, and Keaton starred in Need for Speed, a true “I don’t give a shit about credibility” move. Keaton plays the Monarch, the proprietor of the De Leon and a sort of Warholian hype man who refers to the race as “my soup can” to an audience of chat-room morons. I’m guessing Keaton knocked out all of his scenes in an afternoon. It’s incredible.

The possibility of Need for Speed 2 is clearly related to the incredible success of the Fast & Furious films. Need for Speed similarly centers on a blond Caucasian who enters and subsequently masters an illicit car culture populated by a diverse cast of characters. But aside from a few superficial similarities, Furious and Speed are completely different one-celled organisms. The Fast & Furious series belongs to the heist genre; over time, as guest stars like Dwayne “The Rock” Johnson and Sung Kang have come and gone, it has evolved into a tuxedo-less redux of Ocean’s Eleven. There’s an elegance and intelligence to the franchise’s knowing bluster, as if Steven Soderbergh directed a Mountain Dew commercial.

In terms of plot and character development, Need for Speed is more minimal and much, much dumber. It is the unexceptional offspring of existential cross-country racing films from the ’70s like Vanishing Point and Two-Lane Blacktop, in which laconic drivers drive and drive for reasons that are vaguely stated and not terribly pertinent. Technically, Need for Speed is a cross-country race to another race film. It’s, like, meta.

I’m not against seeing more movies like that. What’s unclear is whether everything I’ve just described — Aaron Paul, Monarch, the De Leon — will even appear in the next Need for Speed, or if Need for Speed 2 will be a reboot with a different cast from a different part of the world. In some ways, that might be preferable. Usually, it’s the movies and characters we care about most that get remade and recast. Need for Speed is a mostly blank slate for a largely empty vessel. If Need for Speed is successfully parlayed into a franchise, it has nowhere to go but up.

‘Game of Thrones’ Precap: Tyrion’s Uncomfortable Journey, the Missing in Action All-Stars, and a Hot Date With Mance Rayder

‘We’d All Been Bitten, and We Kept Coming Back’: ‘Roar’ Star John Marshall on Making the Most Dangerous Movie of All Time