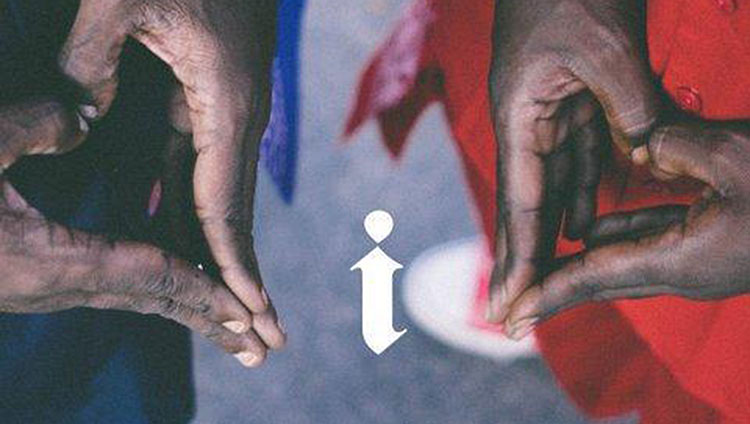 After releasing one of the most critically acclaimed major-label debut albums in recent pop music history, Kendrick Lamar spent most of the last year becoming a household name, being anointed the next big thing in hip-hop, opening for Kanye, and generally being adored. Now he’s back, with the first single of his still untitled follow-up to his masterpiece album, which is always a tricky proposition. It’s called “i.” Here are relatively instant reactions to the track from a few Grantland staffers.

Chris Ryan: Come for the positivity, the Isley Brothers’ “That Lady” serving as the basic architecture of the track, and the uncomfortable truth that Kendrick rapping over said Isley Brothers architecture kind of sounds like Andre 3000 doing Toad the Wet Sprocket karaoke. Stay for the bald Matrix kid lyrically bending spoons with his mind during the breakdown. It’s fine for two minutes; come the 2:30 mark, it’s “he’s beginning to believe” time. 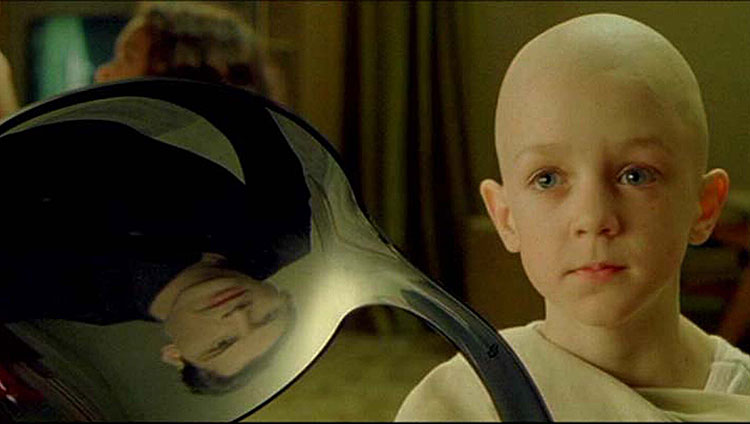 After seeing Kendrick live a couple of times over the last year or so, I can’t say I’m surprised that he is older, wiser, as interested in being a front man as he is being an MC (he’s been the lead singer in a band for a while now, after all), and trying to appeal to the much larger audience who now knows his name. First singles off overly anticipated sophomore albums are usually pretty pop (“Hypnotize, “If I Ruled the World”), just usually not in this way. I could see him doing this on The Voice, and I could see Blake Shelton liking it.

Alex Pappademas: The crucial part to me is that Squarepusher-covering–”Lady Cab Driver” outro, which sounds like a segue into something we don’t get to hear yet, and reminds us that this is just one piece of a larger work by a notably album-oriented rapper, and possibly/probably a nonrepresentative piece. I wasn’t really looking for a wordier “Touch the Sky” from Kendrick — I prefer him in earth-scorching “Backseat Freestyle” mode, just like Taylor Swift does. But I can imagine this song working differently in context, the way the equally radio-single-ish “Swimming Pools” works on Good Kid M.A.A.D. City, as the first half of a thought that “Sing About Me (I’m Dying of Thirst)” finishes.

Rembert Browne: Remember when Andre 3000 was maybe the best rapper alive for four straight albums? And then came out with “Hey Ya,” and then an entire “Hey Ya”–ish album in The Love Below? The same guy who once said, “3-5-7 to your forehead, there’ll be more dead, ’cause I’m a pro, kid” was now making songs like “Behold a Lady,” rapping about happy things like Valentine’s Day, and talking about Van Helsing with Kelis. And remember how some people never forgave him for that or thought he went crazy? And others saw it as an act of genius?

Not saying this is the same, because it’s just one single, but that’s what this moment is reminiscent of. It feels like Kendrick is purposefully trying to split his fan base in half. This is the sabotage that some of our most gifted artists inflict on themselves and the culture. I love that some people passionately love it and others loudly decry its existence. Creating that phenomenon is a prerequisite if you want to be discussed among other, phenomenally odd talents.

With all of that said, the hip-hop heads who think Kendrick has suddenly fallen off (or, more accurately, are uncomfortable with positive music because through whom, then, will they live out their street dreams?) are fools. You know, the type of person who thinks you’re a sellout if you drink almond milk. 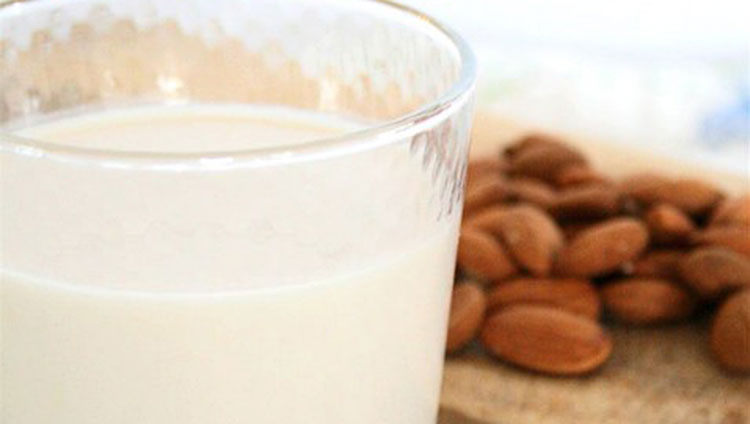 Emily Yoshida: I’m a documented almond milk drinker and I still think this sample sounds like a dare. I am also excited by/interested in the chutzpah it takes to try to reclaim a song most recently associated with the Swiffer, and yeah, props to Kendrick for doing something that he knew would almost definitely send people running around in Twitter-pated circles, trying to decide if they loved it or hated it. That’s inherently a more valuable thing to have done than just make a sequel to his stop-the-presses “Control” verse (and anyway, I feel like there’s an unspoken four-month rap-squabble cease-fire in effect after the release of any major crisis-moment posse cut). That said, there’s a way to do positivity that’s intriguing and dynamic, and I don’t know if this is it.

Danny Chau: It’s been six days since Kendrick released the cover art for “i” and I still can’t take my eyes off it. Cracked pavement, bandannas dangling in the background, heart-shaped hands in the fore. Brilliant shades of red and blue bypassing the muted contrast setting. Reds and blues have colored Kendrick’s output for years, but not since 2010’s dizzying, visceral video for “Look Out for Detox” have those two primary colors taken center stage like this.

Back then, the colors were frenzied, advancing and retreating with every new wrinkle in Kendrick’s hellfire flow. Back then, Lamar’s potential was still (somewhat) anonymous. “Detox” was my first exposure to Kendrick, and I was awed by his ability to manipulate aggression into a very specific kind of joy. Apparently that’s coming back for this upcoming album, but that’s not exactly what we hear in “i.” There was an initial tinge of disappointment, if only because I expected something a bit more stirring with such evocative cover art. The cool thing about SoundCloud is it lets you listen to the music and stare at the artwork without any additional effort, and that’s what I’ve done for the past hour. It’s growing on me. The hand hearts are pointed outward. They also point to the “i” in the middle. Maybe something bigger is in play here, maybe not. In any case, embracing positivity and loving yourself is never a bad first step.

Side note: Not saying Meghan Trainor has a monopoly on self-affirming statements, but I find it pretty amazing that Kendrick released a song with “I love myself” as the chorus a day after Trainor told Billboard her message to the world was “Love yourself more.” King Kendrick’s about that bass.

Sean Fennessey: Is positivity the same as solipsism? That seems like a particularly modern complex. Self-love doesn’t inure us to self-absorption. When I hear the faux-aged, vinyl-crackling proselytizing of a pastor at the beginning of “i” — “We got a young brother that believes in all of us … Brother Kendrick Lamar! He’s not a rapper, he’s a writer!” — I can’t help but hear Thomas “TNT” Todd at the outset of Public Enemy’s “Fight the Power.” “Yet our best-trained, best-educated, best-equipped, best-prepared troops refuse to fight,” Todd hollers. “Matter of fact, it’s safe to say, they would rather switch than fight!”

Todd’s rancorous 1967 turn of phrase referenced Vietnam and was refracted by P.E. into a kind of sociopolitical battle cry. Kendrick Lamar is one of the only rappers since P.E. who could even make me think of the group at all. He has all of their power and pain and excitement. But Kendrick is a wildly interior artist, inside of himself always, even at his most celebratory. “i” is a pop song and a more aggressive “single” than anything Kendrick has released before. How strange for an artist whose apex is the strolling asceticism of “Bitch, Don’t Kill My Vibe” — which was biblical in its containment — to sample the Isley Brothers, and this song, and in this way. Stay inside yourself and you can’t lose, seems to be Kendrick’s ethos. Unless you need to announce your new album. In which case, there’s no “i” in “buzz.”

Amos Barshad: A. Almond milk is delicious, a great here-and-there alternative to soy.

B. Where is A$AP Rocky? Rocky was supposed to be the Hov of this new era, and Kendrick the Nas, with the former flashier and so forever destined to be a few commercial paces ahead. But both dropped their proper major-label debuts around the crack of 2013, and it’s Kendrick who’s back first with the melodramatic megastar return. The simplicity was killer: nothing but that lovely cover art (GOOD CALL, DANNY), with the clamor ratcheting up all on its own.

And now here’s the perfectly divisive track for everyone to fight about. More than anything to date, this feels like Kendrick’s official induction into the upper upper tier, where the album campaigns are long and massively anticipated and perfectly manicured. This’ll be a hit most likely? And maybe that’s the point? Cynically get that out of the way and get back to the hard stuff later? If anything, I’d have thought that’d be the path of Mr. Pretty Motherfucka.

How Smart Are the Quirky Geniuses of ‘Scorpion’? Let's Just Ask Them, They Can't Shut Up About It