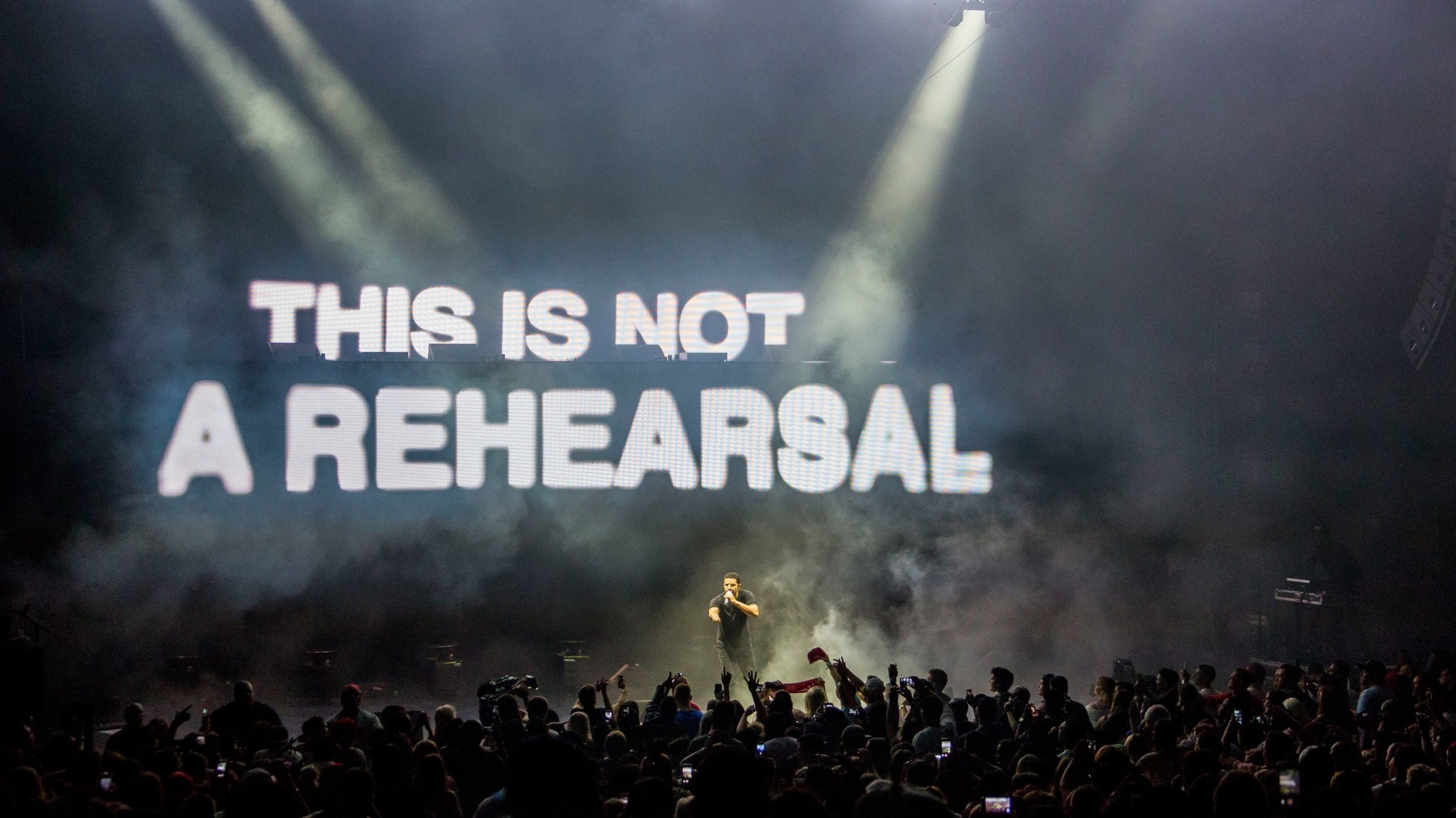 Drake vs. Lil Wayne vs. The Backstory

Last night the Drake vs. Lil Wayne tour came to the Hollywood Bowl for a sold-out show. The pair has been hitting amphitheatres through August and September, but the Bowl is a historic spot, and not just because it’s the setting for “The Rabbit of Seville.” These days it’s best known as the outdoor home of the Los Angeles Philharmonic, the Playboy Jazz Festival, and the summer-long KCRW World Festival.

Onstage, Drake and Wayne said that this was the first rap show at the Hollywood Bowl, which isn’t exactly true. Jay Z co-headlined it in 2012 with Mary J. Blige, and other hip-hop artists have also appeared there, including Public Enemy, who were part of “The Academy Celebrates the Black Movie Soundtrack” just earlier this month. Even Wayne didn’t seem sure of their claim, telling the crowd, “I’m hip-hop, but I still haven’t figured out what this motherfucker is,” as he pointed to Drake.

Drake vs. Lil Wayne vs. The Passage of Time

The last time I saw Drake and Lil Wayne share the same stage was at the Gibson Amphitheatre in 2009, when Lil Wayne was headlining a tour with T-Pain, Gym Class Heroes, and Keri Hilson. When Wayne brought the pre–So Far Gone Drake out that night, he exclusively (and derisively) referred to him as “Jimmy!,” the character he played on Degrassi.

That was only five years ago, which can feel like forever in modern music, and predates Young Money’s current pop and hip-hop omnipresence. Back then the collaborative T-Wayne album seemed like a good idea from both a creative and commercial perspective, Shanell got more time on the mic than the basically unknown Nicki Minaj, and there was no such thing as a Drake meme. Now even the Gibson Amphitheatre is gone, as Universal Studios Hollywood has decided to replace it with the forthcoming Wizarding World of Harry Potter attraction.

Drake vs. Lil Wayne vs. Rumors

Drake vs. Lil Wayne vs. An Unfortunate Interlude With Rae Sremmurd

Young brother duo Rae Sremmurd were the unannounced openers. Not ready for a stage or show this big, their two-song set was brief and terrible. After finishing “No Type” and “No Flex Zone,” they told the crowd to scream “Sremm Life” on the count of three, but it sounded an awful lot like they said “Suge Knight,” which isn’t a good look in Los Angeles in 2014. The response was unenthusiastic.

Drake vs. Lil Wayne vs. The More Things Change …

The concept of the Drake vs. Lil Wayne tour is that the pair alternates mini-sets, pulling from their thick discographies and guest appearances. They try to one-up each other and win over the crowd, who then vote on a special app to determine each night’s winner. At the start of last night’s show, Wayne was up 16 to 15. He took the stage first and soon the Degrassi jokes came flying, and they didn’t really stop all night. “I’ve been doing this shit since he was in the wheelchair,” he told the crowd.

Drake vs. Lil Wayne vs. Messages Projected Behind Drake As He Performed

Drake vs. Lil Wayne vs. Playing the Part

The Drake vs. Lil Wayne tour will end this weekend after shows in Phoenix and Houston. Over the past 30-plus dates they’ve honed a great shtick that pulls from each of their personas. Onstage, Drake is gracious (to the fans, to especially the women, to his mentor Lil Wayne) and turns his insecurity into self-deprecation, laughing the hardest at the Degrassi jokes. In a shortened version of a segment he developed during his solo tour earlier this year, Drake flew over the crowd (“on a stripper pole,” as Wayne called it) as his song “Marvin’s Room” played, pointing out people he saw in the crowd.” “I see you, girl with the peach crop top,” he said to screams. “I see you, girl with the green hair standing next to her man. I see you, girl with the ‘Grandma Loves Drake’ poster. I see you, grandma.”

Wayne, meanwhile, has eased into the role of a lackadaisical comedian with an ever-present blunt in his hand. Strolling onto the stage, he zinged his protégé with one-liners delivered with expert timing. “Give it up one more time for Drake,” he said, before cutting the crowd short with a quiet, “That’s enough.”

Five years ago, Lil Wayne seemed like a raging upstart who might not make it out of the decade alive. Now he has comfortably settled into his role as a veteran, knowing that a guy he put on might get more love now, but he can still strap on a guitar to play a song as ridiculous as “How to Love” and not get called out when he calls it a classic.

Drake vs. Lil Wayne vs. Celebrities Possibly in Attendance Who Were Shouted Out Onstage

Bonus: Going to get my car at the Hollywood and Highland shopping complex after the show, I saw Nick Young and Iggy Azalea coming the other way. It looked like date night, and based on the stuffed green parrot that Young was carrying, it was at Dave & Buster’s.

Drake vs. Lil Wayne vs. Victory Is Declared

In the end, maybe because of audience voting or maybe just to keep things even, Drake won, tying things up. I wasn’t surprised, but Wayne legitimately seemed like he was. “I’m selling my house in L.A.,” he told the crowd. “I’m going to rent my house in L.A. to Justin Bieber.”

Drake vs. Lil Wayne vs. The Final Word

As the crowd poured out of the Hollywood Bowl and down Highland Avenue, amid the guys selling $10 bootleg T-shirts (but before the bacon-wrapped hot dog vendors), there was a young woman in a black crop top over a gray body-stocking. “Hand-drawn portraits,” she called out, holding two framed pencil illustrations in her hands.