How Smart Are the Quirky Geniuses of ‘Scorpion’? Let’s Just Ask Them, They Can’t Shut Up About It 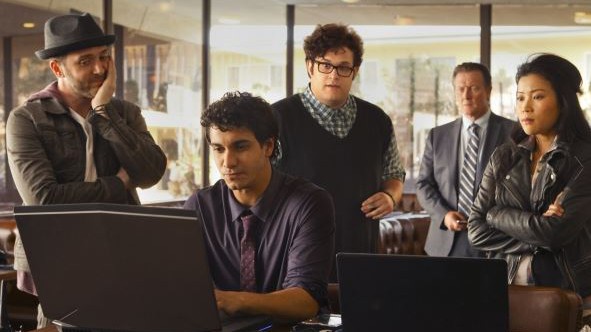 Scorpion, the relentlessly publicized new drama that debuted last night on CBS,1 is a show about a ragtag team of misfit geniuses who solve problems that the Government (played with trademark craggy resolve by Robert Patrick) can’t handle on its feeble-minded own. We know that this ragtag team is composed entirely of misfit geniuses because they remind us of this roughly every five seconds of their 44-minute screen time. Even making allowances for the often-awkward stage-setting of pilot episode exposition, these geniuses do a lot of talking about their brilliance. Did you forget this is a show about geniuses? Don’t worry, they’ll drop that in three more times before the next Big Bang Theory promo.

The Scorpion team — excuse us, </Scorpion>, because if you don’t close the markup tag, their bursting-at-the-seam brains will leak out of your television set and onto your rug — runs the TV-supernerd gamut: There’s the handsome-but-socially-maladjusted leader genius, the overweight-and-awkward-OCD genius, the mechanical-engineer-who-seems-like-the-tough-one genius, and the behavior-reading-hustler-in-a-fedora-and-hoodie-underneath-a-leather-jacket genius. Also: There is a waitress (Kat McPhee) whose average-at-best emotional intelligence makes her the Stephen Hawking of empathy by comparison. She has a genius child whose massive intellect she’s ostensibly ill-equipped to nurture, because how is somebody who’s busy refilling that bottomless coffee cup supposed to realize her Lil Scorp is playing an intense game of crypto-chess with salt shakers and napkin dispensers?

So: Would you like to know more about how smart they are? Of course you would. Let’s run down all the genius-talk from last night’s episode, so you’re better prepared to appreciate the dazzling spectrum of quirky savants you’ll encounter next week.2 We’ll ask some questions about them, and let the Scorpions answer in their own words. Sound fun? No? Well, it is. Dummy.

What is the combined IQ of the Scorpions, and how does that number impact their earning power before they might luck into a lucrative government contract?

Using measurements from the (admittedly flawed) imperial system, how far is one of our heroes from baseline normality?

“I’m a million miles from normal.”

Can a Homeland Security agent fool a genius more than once, even if the genius is willing to temporarily drain 50 percent of his intelligence into a nearby brain-receptacle (such as an overturned fedora) to somewhat level the intellectual playing field?

“Even with half my IQ, I wouldn’t be dumb enough to believe you twice.”

Is it even possible for a genius with a photographic memory to let go of past trauma?

“‘Forget about it and move on’ is not an option for people with photographic memories.”

If you anger a hacking genius, how much time do you have before he eradicates you from the Internet?

“If you cross me on this, I will go online and in less than an hour I will erase you.”

Does our leader-genius crack the top 10 of worldwide geniuses?

“Walter O’Brien is one of the five smartest people alive.”

How smart is our leader-genius in relation to perhaps the greatest genius of all time?

Is that waitress’s suspiciously quiet kid just very shy, or a secret genius?

“He’s playing chess with a grandmaster who’s about to lose.”

But would that be good news or bad news, genius-wise, for the waitress?

“I’m sorry to be the bearer of bad news, but your son is a genius.” 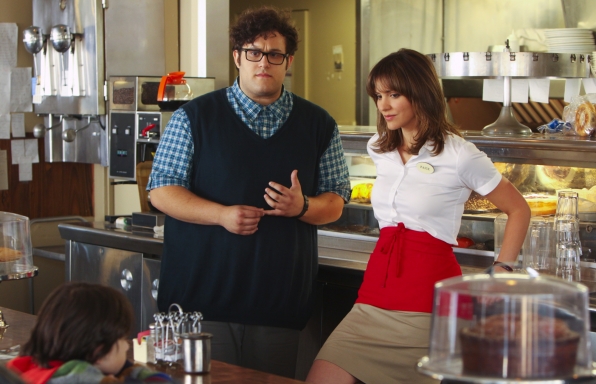 Did a gambling problem prevent a teenage genius of modest means from completing his doctoral studies?

“Toby grew up penniless, gambled his way through school. Even then, he got his doctorate at the age of 17.”

Is our brash leader-genius lacking in some humanizing-but-frustrating way related to his high intelligence?

“For all practical purposes, I have no right brain. People with high IQ tend to have low EQ. That’s emotional quotient.”

How good is one of our geniuses with computers?

Do geniuses have any special mind-DVR powers, like a mental dream-TiVo unavailable to the “normal” population?

“You ever pause your dreams, Ralph? You ever rewind them? Yeah, me too.” 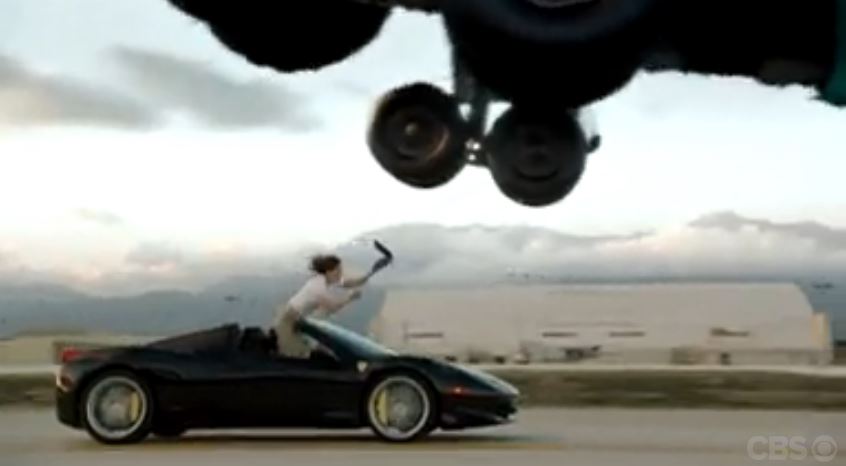 Is our leader-genius smart enough that, at a very young age, he could be tricked by a government agent into developing a seemingly benign technology that might be co-opted for a destructive military use, thus scarring him for life and making him skeptical of all future interactions with said agent? But not so scarred that he wouldn’t work with the agent again should he need a genius to race a sports car at ludicrously high speed underneath a landing jet so he could attach an ethernet cable directly to the plane’s navigation system to manually override some buggy software and avert mass air-travel catastrophe?

“When I was 16, Cabe asked me to develop tracking software. To drop military aid packages. So months later I turned on the TV and I saw bombs falling on Baghdad. They were using my system, and I designed it for speed over accuracy.”

In number of unintended deaths, what was the tragic price of the speed-for-accuracy tradeoff?

Is that such a huge backstory bummer that we should stop now?