Callin' Out Names: Kendrick Lamar's 'Control' Verse and the Evolution of the Rap Name-drop 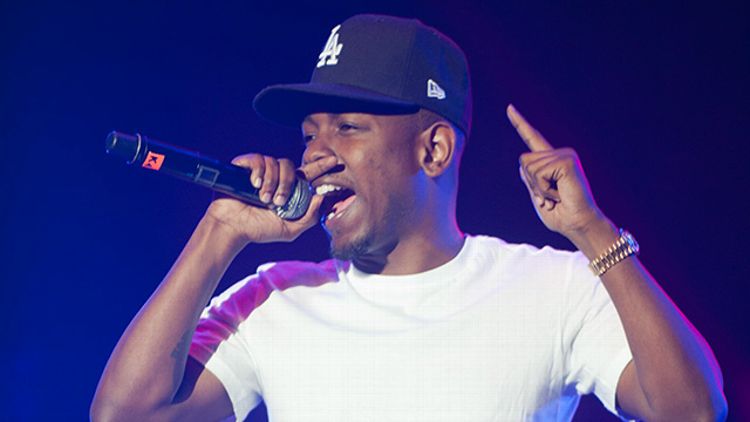 A moment like this requires context. Fourteen years ago, Kurupt talked some shit. Over a lazy Zapp-lite funk track produced by Fredwreck, the Dogg Pound member got reckless.

Mothafuck D
Mothafuck M
Only X I know is Xzibit or RBX
Extraordinary, tryna snatch my bitch
You can have the bitch, two bitches gettin’ rich
Just to come to the West Coast and get stripped down
Beat to death and stripped, all over a bitch
Now it’s 50 MCs that ain’t worth shit
Get ya ass kicked 50 times, beat to 10 cent
I love New York, but the n----s that represent, ya’ll ain’t shit New York
They actin’ like a bitch New York
Buckshot, Noreaga, Jigga — cool
Canibus, Wu-Tang, my n----s — cool
Def Squad and Def Jam, but fuck Ja Rule
Irv Gotti, I can’t wait for Raekwon to break fool
Tryna sign Daz, n---- Daz ’ll sign you
And when you hit the West, this is what we gon’ do

It was a petty moment, largely inspired by rumors that DMX, then a rap alpha dog, had been wooing Kurupt’s ex-fiancée, Foxy Brown. Kurupt has never been one to keep his opinion to himself, but “Callin’ Out Names,” which ultimately appeared as the final track on 1999’s Tha Streetz Iz a Mutha, was particularly flagrant. The laundry list of artists on the song — friends and enemies, listed rapidly and definitively — may seem random now (Canibus? Buckshot?), but at the time they represented a stronghold in New York, rappers both relevant and rising. Kurupt, then an outlier on a coast whose sound was slowly fading from a period of major influence, was flailing in this moment, even if his venom still stung.

Kendrick Lamar has just begun to bite. How much poison lies in those fangs is still in question. But last night, with his teeth bared, he took a chunk out of modern-day rap, and in the process made a choice that illuminates the lack of tension in the genre. A song featuring Big Sean, Kendrick, and Jay Electronica that was first identified as “No I.D. Freestyle” and later clarified as “Control (HOF)” leaked. Now Big Sean is a dreadfully boring MC — a honking dweeb draping himself in assumed importance — and the frenetic buildup to his forthcoming album, Hall of Fame, has reeked of the kind of faux-event that plagues so many rappers reaching for a stardom beyond their grasp. (For example, here is the video for his terrible new single, “Fire,” which strictly features Miley Cyrus posing, throwing flowers, and sitting on a giant cube for some reason.) But “Control” is an event. Of course, it has nothing to do with Big Sean. Kendrick’s verse is typically impressive — precise and yet off-kilter, heated and yet logical. There’s so much to love: the subtle allusion to Chuck D, the bold proclamation by a Compton-born MC that he’s the King of New York, the elegant and vivid wordplay (I can’t shake “church pews and funeral faces”). But it’s not the normal stuff that makes this a moment; it’s the decision to invoke the same visions Kurupt conjured 14 years ago. It’s this snatch of the verse that sets things off.

I heard the barbershops be in great debates all the time
About who’s the best MC — Kendrick, Jigga, and Nas
Eminem, Andre 3000, the rest of y’all
New n----s just new n----s, don’t get involved
And I ain’t rockin’ no more designer shit
White Ts and Nike Cortez, this is red Corvettes anonymous
I’m usually homeboys with the same n----s I’m rhymin’ wit
But this is hip-hop and them n----s should know what time it is
And that goes for Jermaine Cole, Big KRIT, Wale
Pusha T, Meek Mill, A$AP Rocky, Drake
Big Sean, Jay Electron’, Tyler, Mac Miller
I got love for you all but I’m tryna murder you n----s
Tryna make sure your core fans never heard of you n----s
They don’t wanna hear not one more noun or verb from you n----s

That’s a lot of rapper names. The opening salvo, “About who’s the best MC — Kendrick, Jigga, and Nas” is an overt reference to Jay Z’s 1997 song, “Where I’m From,” where he rhymed, “I’m from where n----s pull your card, and argue all day about / Who’s the best MC, Biggie, Jay Z, or Nas?” It’s a moment of acknowledgment. Kendrick is a polite student of history; he respects his elders, to a point. And so Jay, Nas, Eminem, and Andre — a relatively holy quartet among rap’s peddlers of conventional wisdom — are spared his wrath. (Notably absent: Lil Wayne.) That Kendrick then drops the following names is fascinating: J. Cole, Big K.R.I.T., Wale, Pusha T, Meek Mill, A$AP Rocky, Drake, Big Sean, Jay Electronica, Tyler, The Creator, and Mac Miller.

Does that mean Kendrick has beef with any of those artists? No. Obviously. They’re “homies,” but “this is hip-hop.” Still, this is essentially a break from contemporary rap’s make-nice fish bowl of the past decade. MCs swim past each other, nodding and sharing the food floating near the bottom of the bowl. There’s no fish-on-fish crime these days. This isn’t a bad thing. And there are likely several factors for why rap beef qua beef is no longer a sincere pursuit: personal safety; financial desire; tragic history; the genre’s waning cultural influence. Who can say? Every war is different. And friendships are more valuable these days. But in the wake of the end of beef as we know it, the rap name-drop has transformed into something altogether different. In recent times, a rapper using another rapper’s name has typically meant one of two things: acknowledgment of a friend (see: any rapper citing his crew), or shameless adulatory flag-waving (see: The Game’s career).

What Kendrick Lamar has done is sui generis. It’s a sort of in-game shit-talking session. This is what Kevin Durant does when he shows up for the Drew League — I really am this good. Try and stop me. Only Kendrick sounds angry. I’m on the record about Kendrick. He’s already more talented and more accomplished than everyone on that list of his, save Drake depending on how you feel about the commingling of luxury, sensitivity, and ignorance. But it doesn’t make the verse any less jarring. Would it have been a braver act to actually rustle Jay Z from his Keith Haring sheets or awaken the slumbering Eminem in his Detroit bunker? Probably. That he even uttered their names in the first place indicates some ambition. But this is much more about a complacent rap landscape, one where the very mention of an at-best mid-card contender like Big K.R.I.T. or Meek Mill can turn Twitter into a sewing circle. And what to make of the poor souls who failed to warrant a mention? Whither 2 Chainz? R.I.P., Macklemore. Get Rozay fitted for a body bag.

That Kurupt, the only rapper who could not be described as an icon or a contemporary, gets name-checked by Kendrick on “Control” is not a mistake. Kurupt is a tenacious MC and unsparing. His voice is an embodiment of distaste. Kendrick is too millennial for that disposition. Or at least, he was. When Jay Z hijacked his “Bitch, Don’t Kill My Vibe” earlier this year, I cringed as the young MC lapped it up. He was honored — too honored. I wanted him to take the song, maybe his most important song, back from that 40-year-old. I suspect in the coming days we’ll hear a few of the names Kendrick dropped try to take “Control” into their own hands. Pusha T certainly is. I’ll bet Drake has a friendly volley in him. A$AP Rocky has always seemed disinterested in this kind of frippery, but I love the idea of Big Sean responding to Kendrick on his own song, again. How embarrassing, how Big Sean. J. Cole is probably still transcribing exactly how the verse made him feel. Tyler, The Creator is almost certainly making fun of Kendrick’s haircut while sitting in an empty swimming pool. I’m sure Kendrick’s already plotted his own response to these responses: deeper, smarter, better songs. He’ll be ready. Imagine that, a competitive spirit.