Let’s All Say Good-bye to John Oliver and Cry 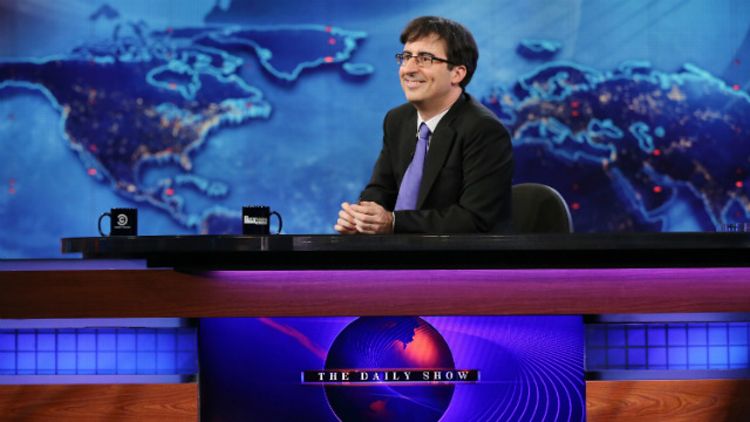 Jon Stewart’s summer sabbatical is the gift that keeps on giving. When he first split (to knock out his directorial debut, the Iranian drama Rosewater), general consensus was that we’d have to grin and bear it as John Oliver flailed around in the host chair for three months. Then, our first pleasant surprise: Johnny O. was fantastic. He was so good, in fact, that it seemed like his poaching was inevitable. And so it was. Quoth HBO’s Michael Lombardo, in announcing Oliver’s upcoming Sunday talk show: “We weren’t otherwise searching for another weekly talk show, but when we saw John Oliver handling host duties on ‘The Daily Show,’ we knew that his singular perspective and distinct voice belonged on HBO.” (Latest word on that: Daily Show head writer Tim Carvell is coming, too!) So now we’ve gotten Oliver’s fill-in triumph and his possibly great new HBO show. How’s one more treat? Here’s Oliver’s good-bye, from last night’s episode. Sweet, sudden, and totally taking the piss: perfect.

OK, and just a little more Oliver before we go?

Filed Under: The Daily Show, TV

See all The Daily Show

My Comic Book Blockbuster of the Year: Saga

The Year in Insanity: Kanye, Sinead, Gaga, and the Looming Specter of Amanda Bynes