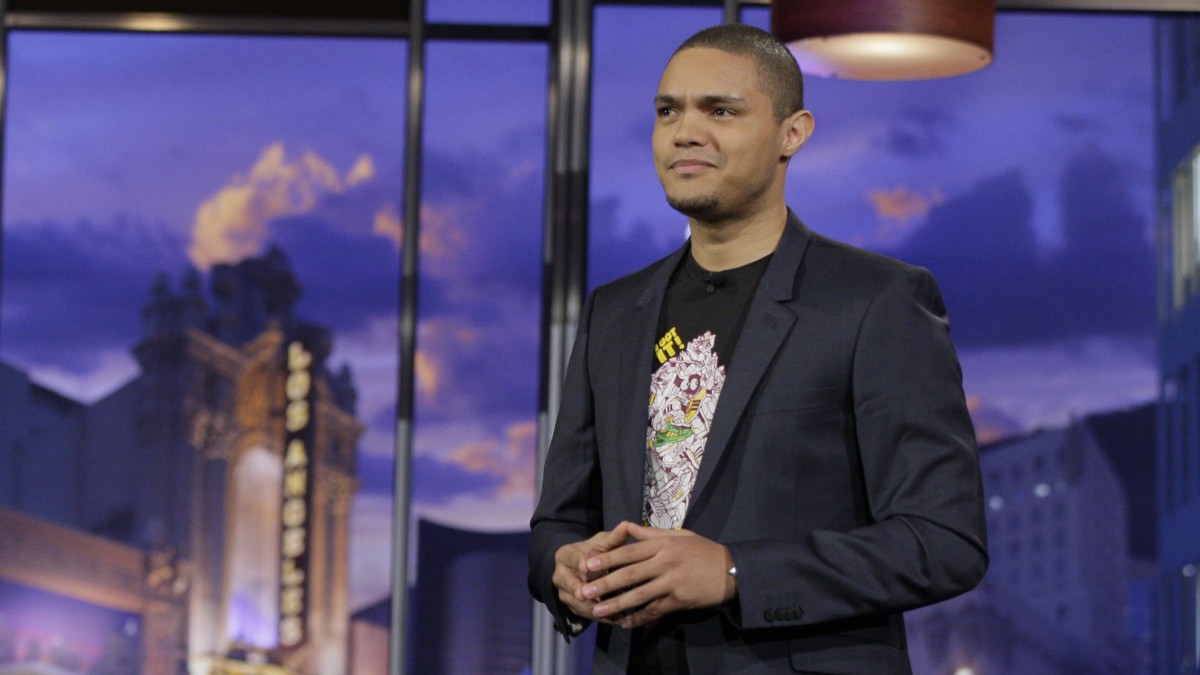 1. At 8 a.m. this morning, Dave Itzkoff of the New York Times broke the news that Comedy Central has chosen a new host for The Daily Show. It is Trevor Noah, a genial, 31-year-old South African comic who made his debut as a correspondent on the show less than four months ago and has totaled just three appearances.

2. The Comedy Central brain trust — network boss Michele Ganeless, head of content development Kent Alterman, and Doug Herzog, the president of Viacom’s entertainment group — made this decision swiftly and decisively. Despite real signals of restlessness from Jon Stewart going as far back as the summer of 2013, when he took a leave of absence to direct Rosewater (thus rocketing John Oliver into fame and HBO’s good graces), the official decision to leave The Daily Show was made late last year. (Sources tell me Stewart wanted to break the news right away — once he was done, he was done — but he felt strongly about letting Larry Wilmore launch The Nightly Show in January without extra distractions.) This means that despite Ganeless’s assertion that she and her team combed through numerous possibilities (“We talked to women. We talked to men”), the truth is that Noah must have been settled on rather quickly. With the news being announced today, negotiations must have been under way for weeks. A Daily Show host is now officially easier to replace than an attorney general.

3. No official transfer of power has been announced, but I feel extremely confident saying it will happen just as briskly as the talent search. Stewart is done and ready to be retired. If I had to guess, I would predict a final show sometime in the late summer — think July/August — and a return with Noah at the helm sometime in September or very early October. This will allow Noah a sliver of a head start before the silly season of the 2016 election begins in earnest.

4. Everyone’s dream predictions for Stewart’s replacement were exactly that. For as much as I would have loved to have seen an Amy Poehler or a Tina Fey behind the Comedy Central news desk, both were nonstarters from the jump. Poehler lives in Los Angeles with her two kids. While the profile of hosting The Daily Show would be huge, she’s at a place in her life and career where that sort of profile boost simply isn’t necessary. With Parks and Recreation in the can, she’s taking time to figure out her next move. As for Fey, her lack of interest in returning to an 80-hour workweek has been well chronicled. She’s perfectly happy writing and producing Unbreakable Kimmy Schmidt and writing and starring in films. Though it’s easy to overlook, having a real life really matters, even to funny people. It’s why Stewart is leaving and why his replacement was always going to be someone a few rungs lower on the professional ladder.

Contrary to what seems to be rapidly metastasizing popular opinion, I think it’s a good thing that obvious successors Stephen Colbert, Oliver, and Larry Wilmore are all safely ensconced in other gigs. The Daily Show doesn’t need someone stepping out from Jon Stewart’s shadow. It needs someone parachuting in from a hundred miles away.

A dressing room down the hall isn’t exactly a hundred miles away, but once you scrub those scant three appearances from Noah’s résumé, the distance really starts to pile up. Noah is 21 years younger than Stewart. He was raised in Soweto, the once infamous municipality outside Johannesburg, the product of a then-illegal union between a Swiss father and a Xhosa mother. He began his career in 2002 on a South African soap opera before transitioning to radio and reality show hosting. He appears not to have taken up comedy full-time until 2008.

I bring this up not as a knock but as a credit. What’s most encouraging to me about this appointment, greater than any focus on Noah’s skin color or outsider perspective, is his age. The more I’ve checked in on The Daily Show these past few months, both immediately before and after Stewart’s announcement, the more struck I’ve been by its creakiness. Yes, there’s still no one better at surgically eviscerating the cacophonous hypocrisy of the media. For those of us in the reality-based community, nothing in this young century has been more reassuring than the knowledge that every bubble of noxious sanctimony floated by Fox News would be quickly and expertly punctured by Stewart and his needle-sharp wit.

But I have to admit to a burgeoning feeling of righteousness fatigue. Like the worst of the Internet, seeing Stewart continue to engage gasbags like Glenn Beck and Sean Hannity from the cocoon of his Manhattan studio feels like a tired combination of preaching to the choir and feeding the trolls. The softness of intentionally ridiculous targets like Fox has only been highlighted by the sight of Oliver directing his fresh cache of exasperation at subtler and more worthy foes, from predatory lenders to the opponents of net neutrality. It’s not just that Oliver has the spark Stewart has slowly ceded since the highs of 2008; he also knows where the gasoline is stashed. The Daily Show is still often brilliant, but it is also increasingly predictable. Something epic happens? The Daily Show is there with an “epic takedown.” And around and around we go. More and more, Stewart has been reduced to an email arrow in the quiver of your ornery, lefty uncle. More and more, Stewart has been reduced to your ornery, lefty uncle. He’s the best there is at what he does. But what he does doesn’t feel quite so vital anymore.

At 31, Noah is from a completely different generation. His attitude about politics, about government, about community, and, most crucially, about media are radically different than his predecessor’s. I have no idea what sort of Daily Show Trevor Noah intends to host — and the odds are we won’t know until months after his debut. But in choosing someone so young, Comedy Central has made a strong bet on the future of fake news. Noah isn’t replacing Stewart — which, come on, would basically be impossible. He’s tasked with creating an entirely new version of The Daily Show. This has got to be daunting, but, in a perverse way, it could also be quite liberating.

The hope is that The Daily Show With Trevor Noah will be as perceptive and impactful on its moment as The Daily Show With Jon Stewart was on its own. This will require a serious rethink of what is worthy of satire and what younger people — burned out on hope and change, inflamed by income equality and civil unrest — think and feel. Will this demand more wonkiness (à la Oliver) and more cultural critique (à la Wilmore)? I would imagine so. Will this involve more integration with social media? (Stewart was famously dismissive of Twitter.) The aging crank in me hopes not, but at the same time, an aging crank is exactly the sort of person who ought to be ignored. Right now, there is simply no way of knowing whether Trevor Noah is the right man for the job. But he’s definitely not the wrong one. And that’s a very good start.