Lightning Round: Who Will Replace Jon Stewart As Host of ‘The Daily Show’? 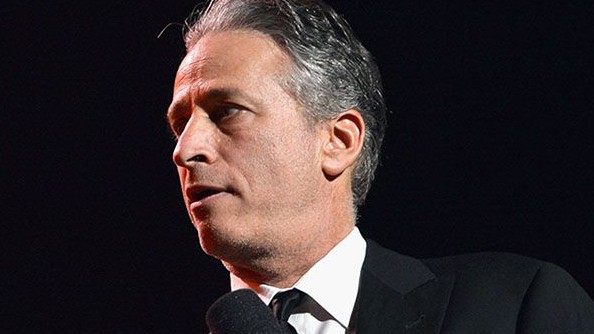 After 16 years as the host of The Daily Show, Jon Stewart announced yesterday that he’s calling it quits on an as-yet-undetermined date in 2015.  During his hosting tenure, Stewart has grown from a snarky Gen X comic into one of the most influential voices in American cultural discourse. The Daily Show is a program that existed before Jon Stewart and will likely exist for many years after him. We stopped crying long enough to discuss the most important succession plan since Robert Baratheon was killed by that boar.

Mark Lisanti: If I go first on this, can I stake my claim to the obvious choice for heir to the throne: Jason Jones? (He recently guest-hosted for Stewart during a mid-October “illness” — or was he just sick of doing the job? — and filled the anchor chair admirably.) And if I keep typing right now before anyone can jump in and interrupt me, can I stake my claim to the much-less-obvious, perhaps even RADICAL (unless you’re “Weekend Update”) choice of a Jason Jones–Samantha Bee husband-wife co-hosting team? The Daily Show Empire has always promoted from within, and both Jones and Bee have done more than their share of time in the correspondent trenches. Why not shake up the format a little as long as they have this opportunity? Why not allow them to stage a Canadian coup of America’s most-trusted fake news institution? Did I just talk us out of it with the Canadian part? We were all ready to install a perfectly seasoned British usurper in the throne before he bolted for the once-a-week majesty of HBO, where he instantly established his own viral breakaway nation mere moments before — hahaha, funny story — BOTH coveted, but seemingly blocked, Comedy Central gigs opened up.

So maybe we shouldn’t be so resistant to the idea of allowing our neighbors to the north to establish this colony inside our cherished basic cable kingdoms.

So … yes? Should we vote Jones-Bee in 2015, in defiance of all the awkward mixed monarchy metaphors above? No? John Oliver’s on the phone with his agents already, trying to stage a triumphant return home, isn’t he? Sorry, Canadians. It was a fun idea while it lasted.

Dan Fierman: It has to be Tina.

Let’s leave aside for a moment the “will she do it?” question — because, yes, obviously, of course not. The money is amazing, but the hours are terrible. And if watching Jon Stewart age (not that beautifully, let’s be totally honest here) before our eyes over the last 16 years has taught anything, it’s that this is neither an easy nor a particularly forgiving job. Tina has two little kids. She seems to enjoy them. There are any number of easier ways for someone as beloved and brilliant as Tina Fey to make a buck and keep some skin in the comedy game.

But still … it has to be Tina. The key to a great Daily Show host, the thing that Stewart brought and Kilborn never could, is something more than searing wit and a deep sense of personal justice. It’s raw, megawatt intelligence.1 That’s what elevated the show to such a level of importance — and not during elections, but every time something major, something seismic, something terrible or wonderful happened that led us all to look for someone to, hilariously, cut through the shit and get right to the heart of the matter.

Jon Stewart’s greatest legacy will be acting as the conscience of the media during the prolonged, horrible post-9/11 era. There are many, many people with the timing, the chops, the anger to lead The Daily Show and make it entertaining every night. There are only a handful that I know of with the ability to do all of that and enlighten during our very worst collective moments.

We need you, Fey. It’s our darkest hour. It’s time.

Chris Ryan: I think Dan has pretty clearly outlined what made Stewart great, and what would make a great Stewart replacement. And Mark is also right: The best choice(s) is/are already in-house. But the more I think about it, the more I wonder whether, precisely because of the extent of the influence of The Daily Show, both through alumni working on their own shows, as well as the way The Daily Show has influenced “actual” news/analysis programs like The Rachel Maddow Show and All In With Chris Hayes (cue Fox News clip, cue “That’s absurd!” commentary), maybe it’s time for a change — not just of host, but of format.

The Daily Show changed late-night once; maybe try to do it again? I know it’s too valuable a name and concept to abandon. And, sure, if it ain’t broke, don’t fix it, even if the mechanic who kept it running has retired. But hear me out: Hire Adam Pally and Ben Schwartz and tell them to go nuts. Hit up Zach Galifianakis, who has mentioned more than once on the Birdman press tour his disaffection with playing Hollywood games, and see if he wants to revive Late World, maybe with Maria Bamford in tow. Maybe you just CTC to Eric Andre and Hannibal Buress, and see if they want to bring the weird over to a bigger network than Adult Swim.

The next 18 months are going to be so loud, in terms of comic election coverage. I wonder if the move here is to quiet down, opt out, and build something totally new.

Dave Schilling: Thank you for injecting John Oliver into this conversation, Mark. His departure for HBO is officially the Kevin Love–Andrew Wiggins trade of late-night comedy. Yeah, at the time, it seemed like a good idea for Comedy Central to let him walk to pay cable, but now that decision just looks incredibly short-sighted, because John Oliver is flourishing and has wrested quite a bit of the satirical zeitgeist from The Daily Show. It could be argued that Last Week Tonight has been better than The Daily Show for most of its run on HBO, just like Andrew Wiggins is playing out of his mind in the frozen lottery hellscape of Minnesota while Kevin Love fits out in Cleveland. Hosting The Daily Show is John Oliver’s job — he just doesn’t have it yet. Unless we find out this week that Comedy Central saved a strand of John Oliver’s hair and used it to create a Nuclear Man clone-monster like in Superman IV: The Quest for Peace to host The Daily Show, this will go down as an all-time blunder in hindsight.

The kind of television personality who can be didactic and wag their finger while remaining charming just doesn’t come around very often. James Adomian would be incredible because he’s such a versatile, likable performer. Letterman favorite Andy Kindler obviously deserves his own talk show — I mean, the man has suffered long enough! Jessica Williams is already on the show and would be fantastic because she wouldn’t have to learn the grind from scratch.

My no. 1 choice, though, is someone that I doubt anyone is seriously considering but would be the ultimate rival for John Oliver: Black Mirror creator Charlie Brooker. There’s no way he’d pick up and move from his native England to New York — abandoning his numerous creative pursuits — so he could host a nightly talk show. More importantly, America would surely bristle at his rather bleak version of satire. Still, he’s got the hosting experience and clear comedic vision to comfortably exist outside of Jon Stewart’s prodigious shadow. The Daily Show with Charlie Brooker would be so searing and uncompromising that American television would be forever changed, and isn’t that the only way to follow Jon Stewart’s act?

Alex Pappademas: As someone who once wrote to, and recieved an autographed postcard back from, Jon Stewart and Patty Rosborough when they were hosting the proto-YouTube Short Attention Span Theater together in the early ’90s, I am too close to this to have a take; as someone who leaned on The Daily Show as a televisual anxiolytic throughout four elections, fell out of the habit after 2012 was over, and never really picked it up again, I’m also too far from it. For what it’s worth: I’ll never forget Stewart, during a Jerry Seinfeld visit almost a decade ago, asking Jerry, “When should I get out?” and Jerry replying, “You can’t. You’ll have one of those shows you’ll do till you’re dead … It’s like the paper. Can the New York Times go, ‘That’s it, we’re going off’?” Can’t confirm anything about the look on Jon’s face when Seinfeld said it, but I’m picturing a thin veil of funny pretend terror almost concealing actual, mortal terror — sort of like what I suddenly feel about the prospect of enduring next year’s likely Hillary Clinton/Jeb Bush blood feud (“Indecision 2016: America Poops in Its Own Mouth”) without Stewart pulling the occasional moment of Zen out of the abyss.

Being Real Black for You: Who Kendrick Lamar Is Rapping to on ‘The Blacker the Berry’