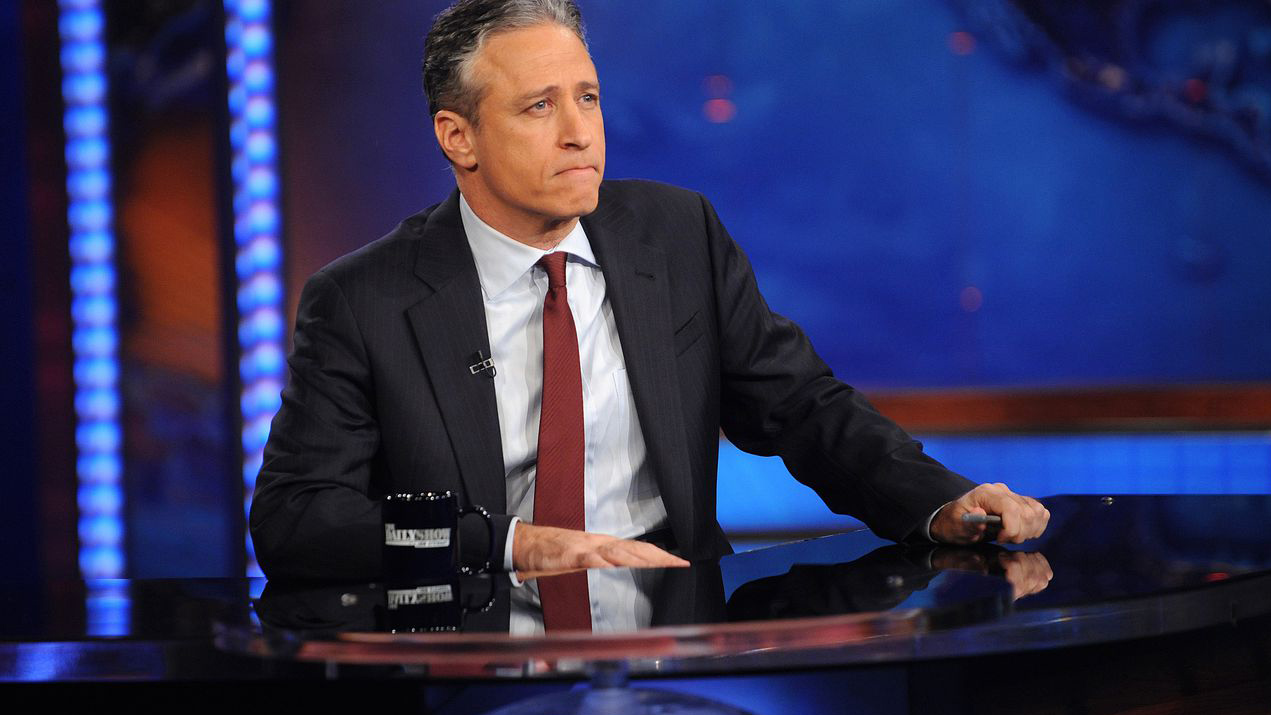 In his more than 16 years at the helm of America’s most celebrated fake news show, Jon Stewart had never broken an actual story. Until last night, that is. At the end of Daily Show episode no. 2597, Stewart looked into the camera and reported, truthfully, on himself. “It might be December, it might be July,” he said. “We’re still working out details. … But this show doesn’t deserve an even slightly restless host. And neither do you.” And just like that, the unthinkable had become the inevitable. Jon Stewart had broken an enormous story. And, along with it, the hearts of millions.

Of course, breaking news was never the point of The Daily Show. What it excelled at was fixing the news, taking the vicious, noisy shards of a fragmented culture and a fractured world and gluing them together with righteous indignation, good humor, and better insight. It may be challenging to remember it now, when The Daily Show has become as much of an institution as the fossils it mocks and its lusty hypocrisy-puncturing has become an easily exportable brand. (You can find it in high-minded television broadcasts, like Daily Show alum John Oliver’s Last Week Tonight, and in the lowest-hanging-fruit style of Internet fisking.) But in the first decade of Stewart’s tenure, what he was doing on The Daily Show was more than novel. It was essential.

Beginning with Bush v. Gore in the Supreme Court — not coincidentally, the time The Daily Show finally sloughed off the slick cynicism of the Craig Kilborn era — and all through the Orwellian morass that followed, Jon Stewart was a stalwart champion of reason over volume, of humor over fear. He’d never admit it, of course — self-deprecation is his default setting — but for many of us who felt bushwhacked and voiceless during the first years of the 21st century, Jon Stewart was more than an anchor, he was a constant.1 He was there when lies led us into war, when “reality” became a slur, and when entire cities were subsumed by water and neglect. Thanks to his wit and poise, we were able to laugh through tears, through anger, and even through hope and all the inevitable disappointments that followed. When things felt impossible, when frustration boiled over, The Daily Show With Jon Stewart was as much a tonic as an entertainment. Every night, just before bedtime, The Daily Show restored logic and silliness to a universe in desperate need of both. It was itself a moment of Zen. 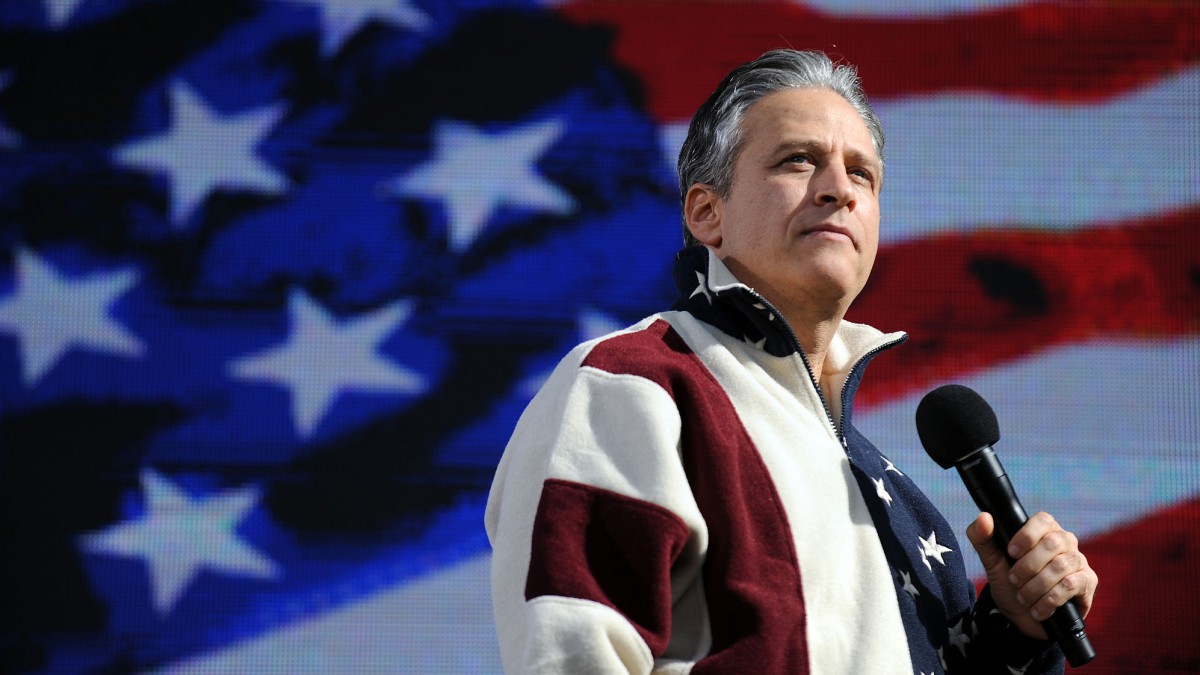 Last week, when preparing for a podcast with Bob Odenkirk, I came across an article suggesting that the Better Call Saul star was responsible for the sensibility of the entire Internet. (Odenkirk, by the way, was a guest on The Daily Show the other day. He was great just like nearly every guest on The Daily Show is great.) I like the argument, but I’d counter by saying it’s Jon Stewart, more than anyone else, who has influenced the way we click now. There’s a tribalness to the way we filter information. It’s far more common to seek out sources that echo and flatter our preexisting views than those that challenge them. This isn’t an aspect of his legacy of which Stewart would be proud, but it’s undeniable, especially over the past few years, as The Daily Show’s mission has morphed from shouting jokes at the powerful to tossing rocks at the pompous. For someone of my political leanings, it certainly feels good to see Stewart repeatedly strafing the buffoons at Fox News with their own petards. But, increasingly, it’s also felt a little easy. Fox’s fearmongering is awful, sure; it’s also kind of irrelevant. One thing we’ve all learned over the past few years is that the best way to silence a troll is to stop feeding it attention. I can’t help but wonder if this thinking contributed to Stewart’s decision. He’s the best there is at preaching to the choir. But I have to wonder if he’s grown tired of always talking to the same people.

Of course, The Daily Show can still bring it with the best of them when given the right material or the wrong kind of outrage. (Two local events, the Eric Garner decision and the blizzard that wasn’t, put Stewart back in peak form.) But I think the most important legacy to consider this morning isn’t what Jon Stewart was talking about for the last 16 years, but rather the great humanity and professionalism with which he talked about it. All late-night shows come to reflect the personality of their hosts, from David Letterman’s chilly absurdism to Jimmy Fallon’s shameless charm. The Daily Show is notable for its abundance of decency, the way Stewart — one of the best stand-ups alive, by the way — happily transformed himself into a selfless straight man for correspondents old and new. Over the last decade, it’s been The Daily Show, not Saturday Night Live, that’s been a more reliable incubator of talent. (Think Carell, Colbert, Oliver, Mandvi, Bee … heck, even Olivia Munn did her time in front of a green screen.) Perhaps the most impressive accomplishment of Stewart’s reign was the way he took the boilerplate interview segment and gently nudged it into something more resonant and profound. The Daily Show regularly booked thinkers and policy makers and authors, instead of vapid, self-promoting celebs. (For proof of how well the latter went with Stewart, check him out staring into the gaping maw of oblivion, a.k.a. chatting with the Spice Girls in 2000.) Yet I believe Daily Show creator Lizz Winstead when she says that the best work Jon Stewart did wasn’t visible to us at all. It was behind the scenes, where he sacrificed untold hours to construct and nurture a dedicated, brilliant crew that would be able not only to function without him, but even to fly.

It’s that last point that helps lessen the flood of sadness and nostalgia brought on by such a major change. Jon Stewart has always demonstrated a remarkably canny sense of his own strengths and limitations. (At various points he could have had the 11:30 p.m. gig on any of the three broadcast networks, but he was wise and humble enough to realize he was perfectly content where he was.) If he says he’s done with The Daily Show, we have every reason to believe him2 — and, more than that, to believe in his notion that it might be time for someone else to take the wheel and drive the show into the next era of America’s political, cultural, and comedic life. Contrary to what seems to be rapidly metastasizing popular opinion, I think it’s a good thing that obvious successors Stephen Colbert, Oliver, and Larry Wilmore are all safely ensconced in other gigs. The Daily Show doesn’t need someone stepping out from Jon Stewart’s shadow. It needs someone parachuting in from a hundred miles away. Who that will be, I couldn’t begin to speculate, at least not yet. Tina Fey or Amy Poehler would be amazing, but I can’t imagine either wanting the hours or the workload. I like the idea of Eric André or Charlie Brooker in equal proportion to its lack of plausibility. Odds are, the Hot Take Machine hasn’t identified the future host yet, and neither have the suits at Comedy Central.

To me, that uncertainty is a very good thing. As details and rumors begin to emerge and listicles continue to be published, it’s important to remember that The Daily Show With Jon Stewart is impossible to replace, and that only a fool would try. What comes next will be a different Daily Show with a different person’s name in the title and, likely, a different sensibility. This is for the best. For the last 16 years, Jon Stewart has brought uncommon dignity to the role of fake newsman. He’s influenced the way we think, the way we laugh, and, quite possibly, the way we vote. Other than our gratitude, what he deserves most in this moment is a send-off worthy of another anchor who refused to be cowed by groupthink or false appeals to patriotism: Good night, Jon Stewart. And good luck.