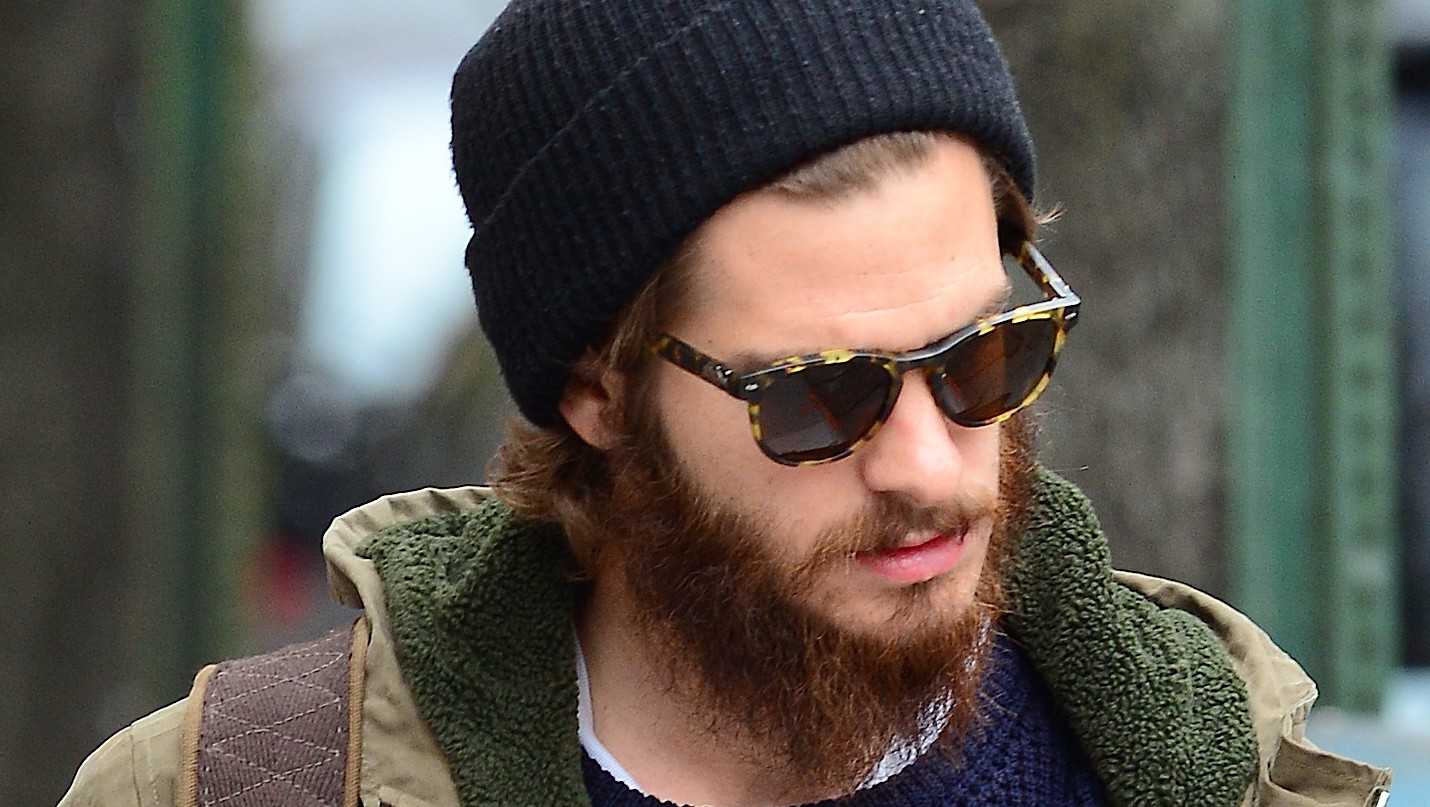 So Spider-Man’s teaming up with Marvel, and everyone wants to talk about what’s next for Peter Parker. But let’s not forget that the fate of another charming nerd is tied up in the blockbuster deal. What’s this mean for our man Andrew Garfield?!

The Brit now has to forcefully vacate the Spidey suit, and that, on its face, is a drag for the young fella. When he got the part, he won Hall H hearts and minds by popping up unexpected at Comic-Con disguised in a bootleg outfit and gushing about how much the character meant to him growing up. “I needed Spidey in my life when I was a kid,” he said, between deep breaths. “And he gave me hope. In every comic I read, he was living out mine and every skinny boy’s fantasy. Of being stronger, of being free of the body I was born into.”

It all augured such great things to come. And now his dream of Jewish Spider-Man has come suddenly crashing down. Sigh.

But, like — come ooooon. Dude got to make two Spider-Man movies — that’s almost the Full Tobey! And while no. 2 didn’t exactly flatline at the box office, it also didn’t make enough money to sandpaper over all the cries of “Yo, that made no sense.” Impending Marvel deal or not, Garfield should have known not all was well in Forest Hills.

But, see, here’s the thing: This is the best possible outcome for Andrew. This is like a dude who gets fired from the job he was barely holding on to and goes to bed crying every night for a month because he worries he won’t be able to make rent, and then he goes and gets in his garage and invents the new Scrub Daddy.

Let’s take a quick step back. In 2010, Garfield broke out in The Social Network. His Eduardo Saverin may have been invented whole cloth, but my goodness was that performance persuasive. He could stammer like young Hugh, he could ramble like young Cusack, he could get teary like young Hanks. Must we remind you? OK, we’ll remind you!

“Fish eat other fish! The marlins and the trout!”

“That shut everybody up.”

“HOW ABOUT NOW? YOU STILL WIRED IN??”

Now: Did you realize the only time Garfield has appeared onscreen since The Social Network were in those two Spider-Man movies? It was almost a case of overly good fortune. He popped, he got his superhero money, and then he got trapped in his Lycra. And it wasn’t fair! At the very least, the guy seemed destined for a string of winning dramedies enjoyed with muted temperament by responsible adults!!! And it’s not too late to get him back on the path.

The truth is, he’s got one foot on that path already. Later this year, he’s appearing in the foreclosure drama 99 Homes, the latest from Iranian American director Ramin Bahrani. Bahrani started his career making nanobudget dramas about the kind of things people don’t make movies about. In 2005’s Man Push Cart, it was a Pakistani bagel-cart vendor; in Chop Shop, it was a 12-year-old Queens street kid.

In 2013, Bahrani made a bigger play with At Any Price, a family/death-of-farming/race-car flick starring Dennis Quaid and Zac Efron. That didn’t quite make him into the indie household name the adoring movie critics believe he should be. But teaming up with Garfield just might. 99 Homes has been a festival hit, most recently at Sundance. Says MTV, “It’s incredible to get to see Garfield truly stretch himself as an actor again.”

And that’s not all! Slated to hit theaters next year is Martin Scorsese’s Silence, in which “two Jesuit priests face violent persecution when they travel to Japan to seek out their mentor and spread the teachings of Christianity.” The mentor? Liam Neeson. The priests? Adam Driver and our man Garfield. UM. I’M IN ON THAT. I’M ALL IN ON THAT.

Starring in a franchise like Spider-Man doesn’t just mean an on-set commitment; it means the intensive international press tour, too. Now Garfield’s got some time on his hands, along with some more-than-promising projects already in the can. Forget the heartbreak of the unfulfilled promise of his Spider-Man run. It’s time to get back to business. OK, now someone get Noah Baumbach on the phone.