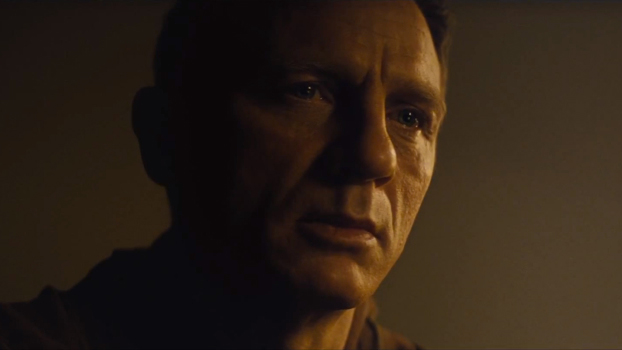 The first shot of the first trailer for the 24th James Bond film is of a blast site. It isn’t a beautiful woman, or an umbrella that’s actually a sword. Daniel Craig doesn’t throw a hat that perfectly lands on a stand, and he doesn’t say “Bond, James Bond.” Spectre is just the latest film in a decades-long franchise, but the most important thing the filmmakers want you to know is that this is not just another James Bond movie. It’s a sequel.

One of the reasons the Bond series has run as long as it has is regeneration. Every now and then it sheds its skin and starts out fresh — new villains, new love interests, even a new Bond. You can watch all the Bond films, or none of them, or some of them, even out of order, and still enjoy the most recent one. You can lose yourself trying to prove the Codename Theory — that each actor playing Bond was portraying a different man, with a different history, given the alias “James Bond” — or you can pour yourself a martini — shaken, not stirred — and simply enjoy the ride in the Aston Martin.

But ever since Craig slipped into the Bond tuxedo for 2006’s Casino Royale, something has changed. There is no reset button for Craig’s Bond. There’s continuity.

The Spectre trailer starts with the smoldering MI6 headquarters that was blown up by Javier Bardem’s Silva in 2012’s Skyfall, and goes on to reference the events that take place at the end of that film. Bond visits Mr. White, played by Jesper Christensen, the villain featured in Casino Royale and Quantum of Solace. White was there when Bond’s girlfriend, Vesper, died in Casino Royale, he was a part of Quantum, the antagonists in Quantum of Solace, and here he is again, attached to the titular SPECTRE organization from which the film takes his name.

By reprising his role as White, Christensen has now played the same villain in three Bond films, passing Richard Kiel’s Jaws. Ernst Stavro Blofelds, Moneypennys, Ms, Qs, and Felix Leiters have come and gone, but they’ve been played by different actors and have, at times, been basically different characters. That’s not the case for White. For almost a decade, he has acted as Bond’s tormenter, torture victim, and the series’ vehicle for exposition. His job in these films is to give Bond a sense that he is in over his head. And he is very good at his job.

Nearly all of the Spectre trailer is made up of material that really only makes sense if you’ve seen the last several Bond films. This is no longer a series of disconnected films, united only by its hero’s name, and its setting in the world of espionage. It’s now an epic — if at times incomprehensible — story told over the course of four films, with Spectre functioning as an explicit sequel to Skyfall.

This is the comic book–ization of James Bond. Believe it or not, that’s a judgment-free sentence. The Bond films now work in much the same way comics do — you have an A-plot, in which Bond is pitted against a supervillain and paired with a love interest. Then there is a B-plot, an overarching narrative that draws on events from past installments. This is basically how an issue of a comic book works. Hero X fights Villain Y, but throughout the story, references are made to characters and moments from issues past. In the hands of the right — or self-serious enough — filmmaker, these backstories become more than B-plots. They become the girding for an epic.

What’s interesting is how our blockbuster franchises are increasingly pushing those B-plots to the foreground. In Furious 7, the sins of London have followed the characters home. In the Mission: Impossible — Rogue Nation trailer, Rebecca Ferguson is holding a rabbit’s foot — that mythical MacGuffin from the third Mission film. Iron Man has PTSD over what happened in New York, even if what happened in New York doesn’t seem particularly better or worse than what happened anywhere else in any other Marvel movie.

In the end, I wonder who benefits from this emphasis on continuity. Is it the audience? Perhaps. Watching a story unfold over the course of several films certainly has its charms. But it has started to feel like going to see a blockbuster film in 2015 is like going on one long Easter egg hunt.

Maybe the sequelization of franchises is really for the people behind the camera. Think about it: With the disappearance of the studio drama, there’s not a lot of work left for serious mainstream filmmakers; at least not work that pays this well and will be seen by this many people. If Joss Whedon can’t make his own Godfather II, he is damn sure going to try to make the Godfather II of superhero movies.

Maybe that’s what eventually convinced Sam Mendes to come back to the Bond franchise. He wasn’t going to leave the Royal National Theatre to film a drunken spy throw his bowler onto a hatstand from across the office. To keep top-tier talent involved in your mainstream blockbusters, you have to at least give them the illusion that the story they are telling is somehow important, that the story they told before isn’t disposable, and that there is always a promise to deepen the narrative in the future. Otherwise, directors, writers, and actors become disposable. Just like James Bond.