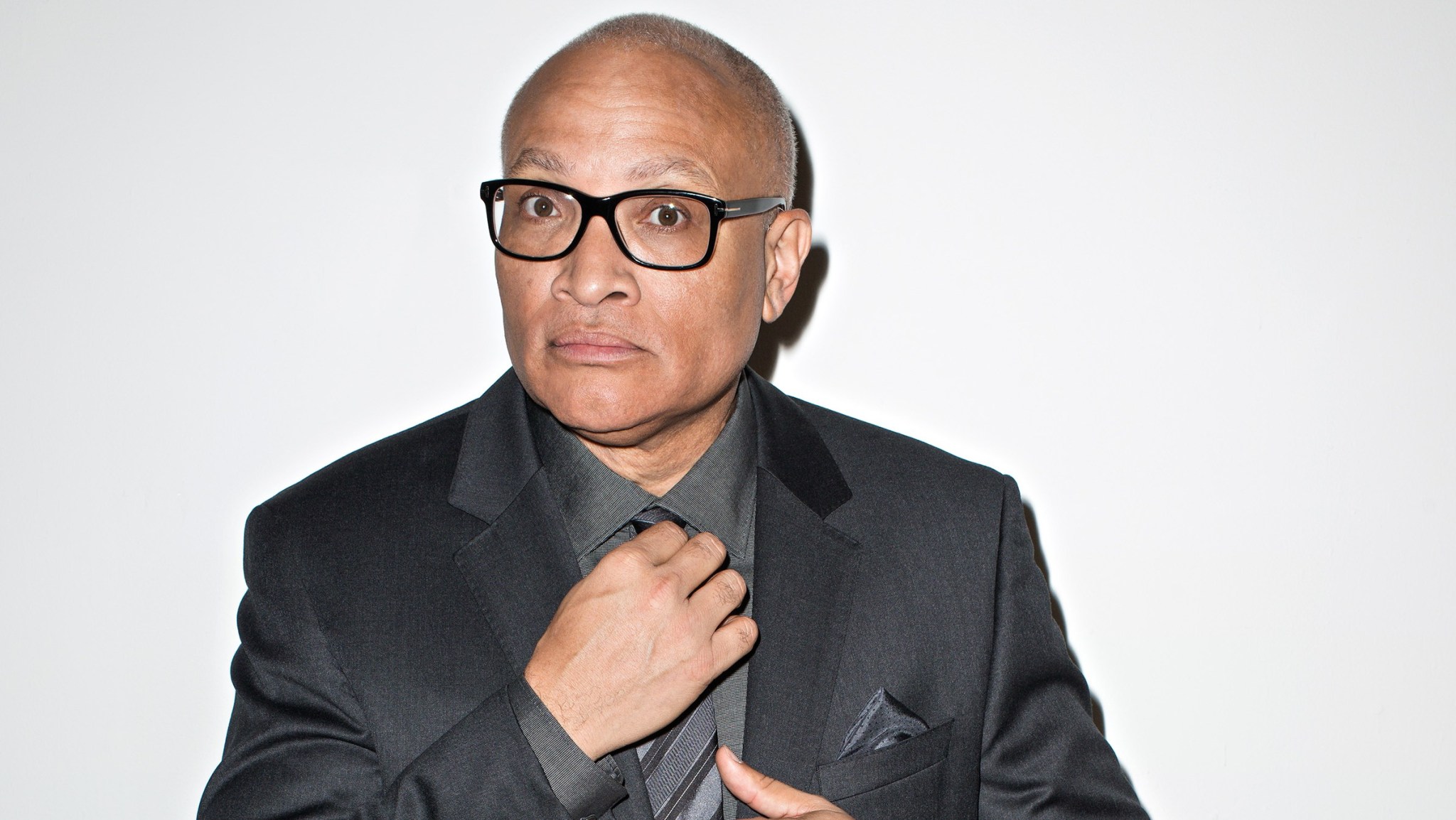 In May, when Jon Stewart handpicked Wilmore to succeed Stephen Colbert in the coveted post–Daily Show time slot, it was more than a little surprising. As The Daily Show’s Senior Black Correspondent, Wilmore was familiar to the Comedy Central audience. But he was also something of a journeyman funnyman. He’d written — for The Fresh Prince of Bel-Air, In Living Color, and (deep breath) Sister, Sister. He’d produced — for The Bernie Mac Show, The PJs, and, most recently, ABC’s new hit Black-ish. And he’d cameoed, like a fiend, playing characters from cops and doctors to principals and professors and, just once, a “Thug in Congressman’s Office.” By Wilmore’s own admission, getting his own show, for the first time, at the age of 53, wasn’t exactly part of the master plan.

Now, all these months later, it’s going down: Tonight at 11:30 on Comedy Central, The Nightly Show premieres. Last week, in his last gasps of preshow freedom, Wilmore spoke with Grantland about panic dreams, cake (in the conceptual sense of the word), and the kind of things you don’t tell the network.

Can you go back to the first conversation you had with Jon Stewart, when you first discussed doing this? What was that like?

Um, it was great. Jon looked at audition tapes all the time; he was viewing possible talent [to replace Colbert] all the time. And he came to the realization that there are a lot of diverse voices that aren’t on television, and not being heard from, and he thought it’d be a good idea to have a show where those voices were being heard from. And he told me that, and I agreed. And then he said, “And I think you should host that show.” And I agreed with that, too!

What was your initial reaction? Something like a little bit of fear and a whole lot of excitement?

Click here for all of our interviews with fascinating people from the worlds of sports and pop culture.
I didn’t have time for fear. I was just being overwhelmed. It was like, “Okaaaay, I guess I have a show!?” It was a kind of disbelief. At the time, I was finishing production on the pilot for Black-ish. I was excited about that — I was excited I might get a show on a network. And I was focused on that. The thought that I would be doing my own show? That was a huge universe left curve. [Pauses.] I don’t know if that’s the right term. Left curve? I think I’m mixing metaphors.

How are you sleeping? Have you had any strange dreams?

Barely. Panic dreams. Or panic wake-ups, as I call them. When I wake up and go, “Ah! Ah! Do I have a show? Oh. OK. OK.” Whenever you’re making something, there’s a nervous anticipation. But every day you feel better. You’ll have the reality of the show — once it’s on. Once it’s on, it’s on. And we’re almost there. Monday will be there before you know it.

We have the conversation all the time …

Ha, yes, I see your point! So, for the writers’ room, what kind of people did you want?

I wanted to find diverse, interesting people. And by “diverse,” I mean everything that that means. People from different backgrounds, different skill sets, different points of view. And interesting people, too. And also funny people. With a strong point of view. We only have a couple of people that have extensive experience in TV.

The original name, The Minority Report, had to be changed because of a rights issue.1 Was that a particularly tough early blow? It was a pretty great name.

You get all kinds of blows when you’re making a show. That happened to be a public one. But that stuff happens all the time, to be honest with you. You just roll with it. I tell people I’d be fine with us being called We’re On Now, Please Watch. I would make that work. The title isn’t what defines the show; the show is what defines the show. It doesn’t get more generic than The Daily Show, and it doesn’t get more specific than the show itself.

You know what it is? A title like The Minority Report — it sounds great before you actually have a show. Because it gives you something to hang on to. I get it. I get why people got excited. But once you have a show, it becomes less important. It’s at its most important before you can see anything.

Was there a moment — maybe in the writers’ room, or maybe just for you personally — when you felt like the show was clicking into itself? Where you understood what the show was, or will be?

It’s a good question. And that happens all the time. You get a series of clicks that keep helping you to define it more clearly and more clearly. We’ve had three or four of those in a major way. They let you get even narrower, even more clear. You start with something very simple, and you keep making it more specific. Some of that will happen on the air. But by the time you get on the air, you need to be very clearly defined.

You wrote for The Fresh Prince, which is a very important show for a lot of people.

It’s amazing. I was only there for a short period of time, during the end of the run. But it was great working with Will. I just remember the love the audience had for him and that cast. That was such a great bond there. And he’s still the same person. Every story you hear about how nice a guy he is is true.

You also had a stint in the writers’ room for In Living Color.

The audience went crazy for those characters when they came out. I still have not heard those sounds — the sound of an audience screaming and stomping their feet — I still haven’t heard that level of response [anywhere else]. The “Men on Film,” we’d have to hide them behind a black blanket before they went on. And then it’d be five minutes of the audience going crazy, and then we’d start the sketch. It’s hard to relay how crazy people went for those characters.

It was hip-hop culture on television for the first time. There was excitement about things people had not seen. More than the jokes or the characters, it was the vibe that made people excited.

Back to The Nightly Show — are there any challenges that you hadn’t particularly anticipated?

It’s challenging all the time; that’s the best way I can say it. You’re trying to create something that doesn’t exist. After it’s done and people see it, they’ll go, “Oh yeah, of course.” But what if cake had never existed? And you start with, “I would like something that tastes good, but I don’t know what it is.” Then you just start putting stuff in a pan, and afterward you get cake, and it’s like, “Oh, of course. Cake.”

Is there anything you’d want people to keep in mind when watching the show, maybe to better understand what they’re getting into?

I would keep in mind that it’s after The Daily Show, and that they should watch it.

In the run-up to the show, people have continuously commented on your naturally calm demeanor …

… does that make you want to yell and throw stuff? Just to prove you can do it?

[Laughs.] I have a lot of passion for a lot of different things. But I do have that outward demeanor. I’m understated in my approach. But I think it’s [more effective] for when I do get really engaged and outwardly upset about things.

Absolutely. Like your recent bit on The Daily Show, where you told Giuliani to go fuck himself. That was great.