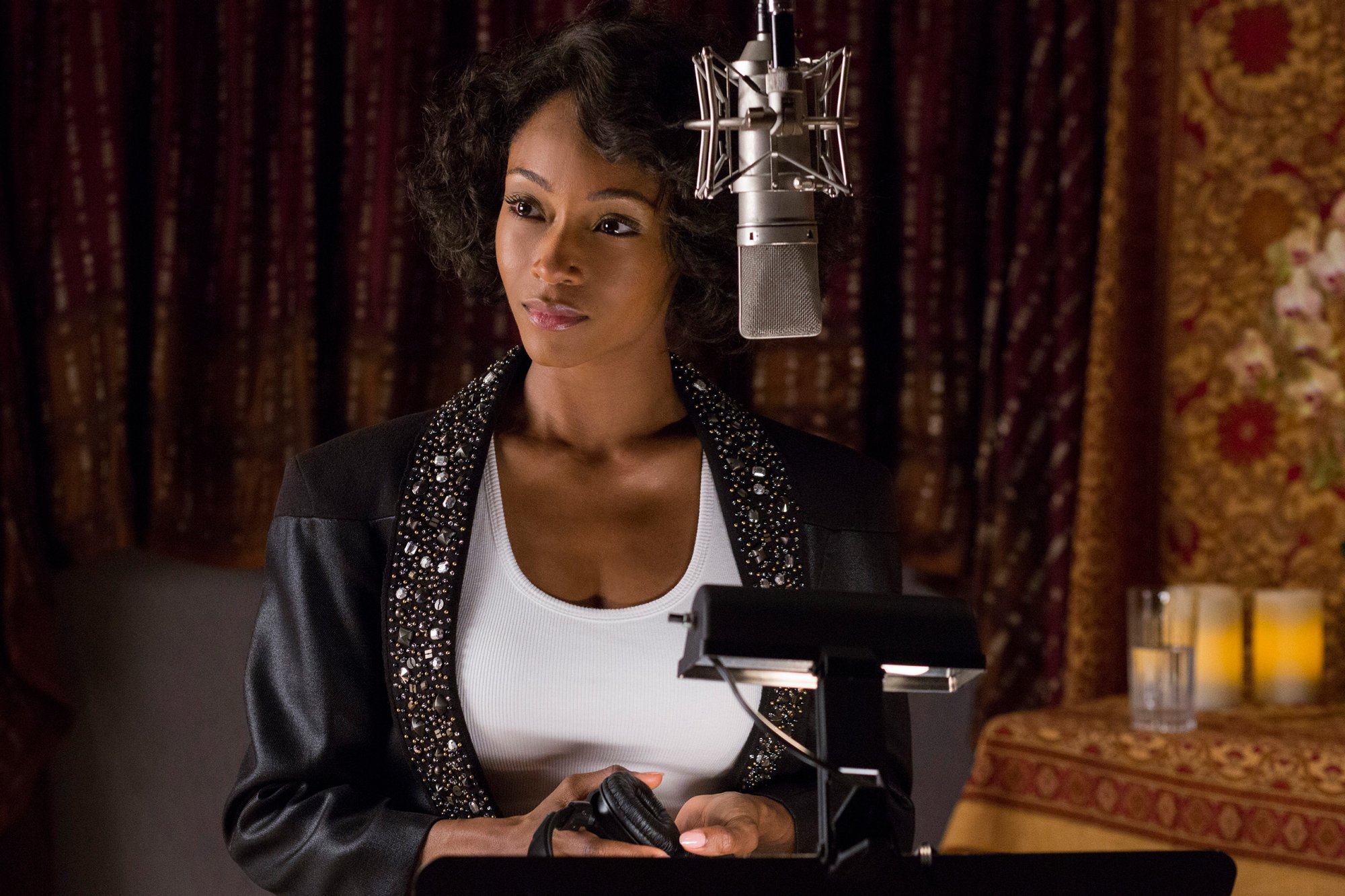 I don’t understand why Lifetime keeps making these movies.

Actually, I do understand: It makes them because we watch them. Best I can tell that TV networks don’t care if ratings come sincerely or ironically, in the same way you didn’t care in middle school that a girl at the Halloween dance was dancing with you only because she was secretly making fun of you to her friends; you only cared that she did, and then you just tried real hard to keep your erection from bumping up against her.

But so Lifetime is just going to keep making these movies, and we’re all just going to keep watching them to see how bad they can be. I understand. But I don’t appreciate it.1 Aaliyah (probably) doesn’t appreciate it. Whitney Houston (probably) doesn’t appreciate it. You know who’s very happy right now? Ray Charles. “Thank goodness for Jamie Foxx,” I’m sure he said Saturday night while Whitney played. “I know, right?” God said back. “Jamie won an Oscar for that, right?” And Charles was like, “Yep. He was great. Oh, hey, but God, since I got you: What’s up on my eyes? I thought I’d be able to see in heaven.” And God was like, “Well, yeah, but it’s better this way.” And Charles was like, “I disagree.” And God was like, “You’re kind of being a bummer right now.” And Charles was exasperated. “I’m being the bummer?”

Here is the plot for Whitney, which was more tumultuous than some people were expecting, though only slightly: Whitney meets Bobby at an awards show. They like each other, and they’re pretty sweet about it (Yaya DaCosta, the woman who played Whitney, was actually very good and very likable and very convincing). Then there’s this big hurricane that comes tearing through the Pacific Ocean. It floods Los Angeles, and it also creates these waterspouts (basically tornadoes made of water), and as the waterspouts are created they pull up a bunch of Whitney Houstons that were swimming around in the water up into the sky. All of a sudden, there are Whitneys FUCKING EVERYWHERE. They’re swimming around city streets that are underwater. They’re swimming around stores. They’re swimming around people’s homes. They’re flying through the air as part of the waterspouts, if you can even believe that. “Oh no, it’s a Whitnado!” someone shouts.

Whitney ends up getting addicted to cocaine, but that’s never explained — the only thing that’s explained is that it wasn’t Bobby’s fault. Bobby’s a goddamn hero in this movie. Bobby tries to keep her off cocaine by saying things like, “Don’t do cocaine.” It doesn’t work. But Bobby’s got bigger things on his mind. Bobby has to stop the Whitnado. He’ll fix Whitney’s cocaine addiction later. Bobby’s like, “We have to stop the Whitnado. We have to throw a bomb inside them because the hot air from the bomb will cause the Whitnado to disperse,” or something. Some people go up in a helicopter and start throwing bombs into the Whitnadoes. I should mention here that Bobby and Whitney have a daughter.

But as the Whitnadoes are dispersing (the bomb thing worked!), all of these Whitneys are falling from the sky and they’re just eating up everything and everyone. Bobby notices that this one super big Whitney is heading right toward his and Whitney Houston’s daughter. He’s like, “Noooooooo!” and he starts running toward her. He picks up a chain saw as he’s running. The Whitney draws nearer. He runs faster. The Whitney is nearly there. He’s running as fast as he can and the Whitney is falling as fast it can. It’s total terror. Bobby screams as he runs, then, right as the Whitney is about to gobble up his daughter, Bobby shoves her out of the way, revs up the chain saw, THEN JUMPS INTO THE MOUTH OF THE WHITNEY WITH THE CHAIN SAW!!!

Bobby’s dead. Only, guess what? He’s not. We hear this humming noise coming from inside the Whitney, then there’s some vibration inside the Whitney, THEN BOBBY CHAINSAWS HIS WAY OUT OF THE WHITNEY! Were that enough, once he gets out, he takes a second, then turns around, dives back inside the Whitney’s stomach, wrestles around a bit, then pulls out Whitney Houston, too. She’s alive. He’s saved her from cocaine.

The movie ends. Sadly, a title card appears. We read that Bobby never actually did save her from cocaine. Bobby and Whitney got divorced, and Whitney drowned in a bathtub surrounded by drug paraphernalia just a few years later. Then Lifetime made a terrible movie about her life.

[Editor’s note: To our knowledge, Shea Serrano has not been experimenting with psychedelics, despite evidence to the contrary.]