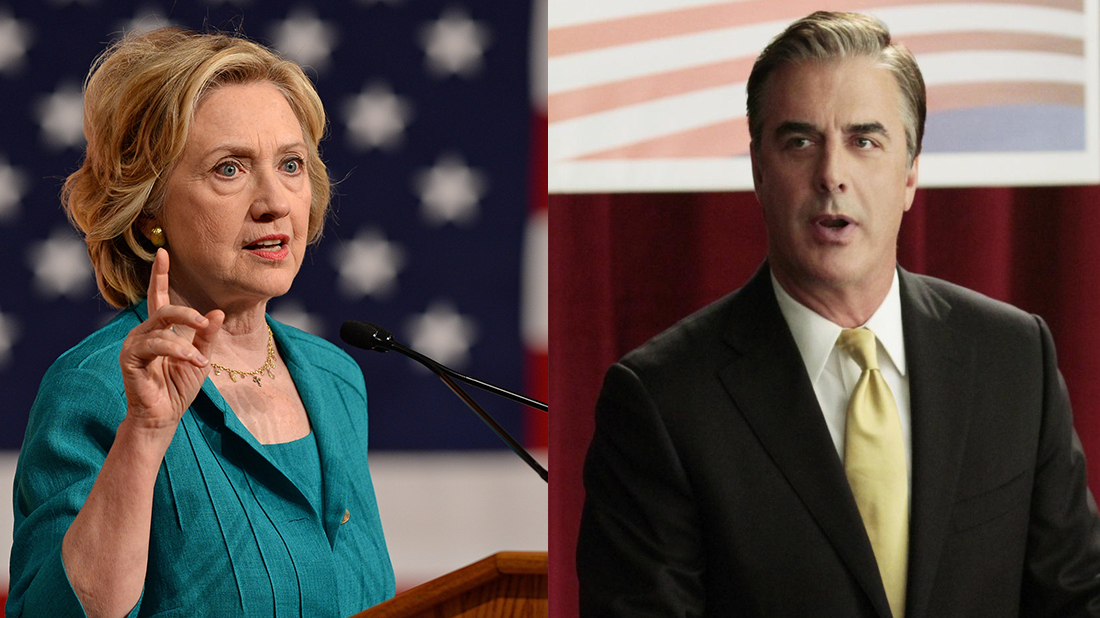 Hillary Clinton has a big election coming up. But it’s not against Ted Cruz or Bernie Sanders. She’s squaring off against Peter Florrick. In a turn of events tailor-made for our Summer of Trump, The Good Wife has reportedly hired an actress to play Clinton — not a character based on Hillary, but actually Hillary — to run against Chris Noth this season.

This almost perverse connection between pop culture and politics is certainly nothing new — Richard Nixon appeared on Laugh-In, Ronald Reagan hosted Michael Jackson at the White House, and Bill Clinton famously told America he preferred briefs over boxers on MTV — but it has changed. Pop culture now profoundly influences politics. The migration of young Americans away from traditional news sources means that comedians like Jon Stewart and John Oliver have power to shape public opinion that was previously reserved for anchors like Walter Cronkite and Tom Brokaw. The proliferation of social media and the seemingly bottomless appetite for short-form video online amplifies Saturday Night Live impressions and late-night monologues, ensuring that caricatures and critiques of politicians penetrate the public consciousness like never before. Streaming services like Hulu and Netflix and Internet shows like Funny or Die have given a megaphone to an army of satirists and comedic critics who feast on political foibles.

The growing power of pop culture to affect elections is uncomfortable for politicians used to conveying their message on the Sunday shows and the front pages of the New York Times and Wall Street Journal. And it makes many of them ill-equipped to handle that moment when all of Hollywood seems to pounce at once. Handle it incorrectly and the voters will believe the Tina Fey, Amy Poehler, or Key and Peele version of reality. Just ask Sarah Palin.

President Barack Obama was forced to confront this new reality. During my time as a senior adviser in the White House, he took on Stewart, slow jammed the news, visited SNL, and survived Between Two Ferns in order to communicate with the American people. Based on those experiences, here are some strategies for politicians who want to survive — and even thrive in — the modern politics of pop culture. 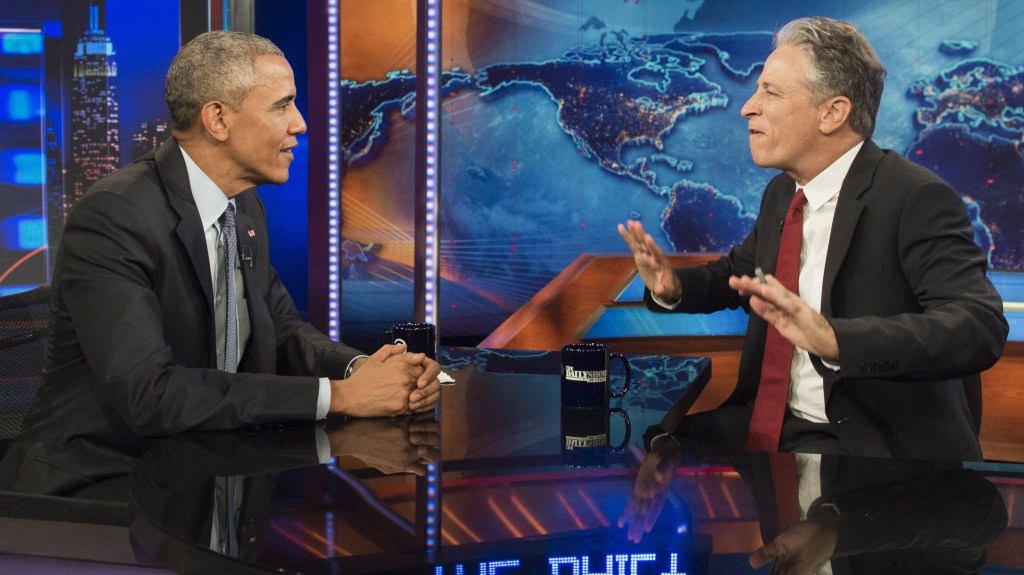 Knowing Is Half the Battle: In the White House, a (very) small army of (very) underpaid and (very) overqualified young staffers track the news. They make sure the staff knows what’s in the newspapers, on Twitter, on the nightly news, the morning shows, and local outlets. But starting in 2011, White House aides started receiving a new daily update — one that included a daily synopsis of The Daily Show, Colbert, Leno, Letterman, and the rest. People’s opinions are being shaped on these platforms, so you better know what is being said about you. Trust me, your interns are not going to complain if you ask them to watch Jimmy Kimmel instead of making copies.

Court the Jesters: Co-opting comedians is a strategy that dates back (at least) to Nixon, but it can be argued that modern presidents have struggled to do enough. For example: Tradition still holds that on the day of the State of the Union, the president invites all the national network anchors to lunch in the White House for a preview of the speech — and to butter them up before they speak to their biggest audience of the year. That’s a good strategy, but news anchors aren’t the only — and maybe not even the best — vehicles for shaping the opinions of Americans. During some political rough patches (like a small website glitch you may have heard about), Obama even went so far as to invite Stewart to the White House for private meetings to make his case and give Stewart the sort of attention normally reserved for anchors and White House correspondents. The comedians — like their mainstream media brethren — aren’t going to automatically give you an easier ride because they got a little face time, but giving them your perspective never hurts. I highly recommend the next president find out what John Oliver likes for lunch and have it handy.

Late Night Is the New Sunday Morning: When Obama became the first sitting president to appear on a late-night show in 2009, the collective heads of the Washington punditocracy exploded, because they (seriously) believed Obama was demeaning the office by deigning to talk to Leno. Now, the late-night shows are as much a part of the political circuit as Meet the Press — and they may be more important given the number of viewers and the potential to have a particularly funny moment go viral.

Politicians are usually more Tracy Flick than Tracy Morgan. So start practicing your one-liners and sharpening your barbs, and recognize that the road to the White House goes straight through Seth Meyers, Jimmy Fallon, and the rest.

If You Can’t Beat ’Em, Join ’Em: In the Internet age, narratives take hold faster with greater force than ever before. If you can’t change the narrative, co-opt it. Play along, be willing to make fun of yourself. Obama took this strategy to the next level when he actually appeared at the White House Correspondents’ Dinner with “Luther the Anger Translator” of Key and Peele fame. Self-deprecating humor either in an interview or an Internet video can soften the edges and show a human side. The American people too often assume their politicians are either corrupt megalomaniacs like Frank Underwood or totally self-absorbed like Selina Meyer. A little laughter at your own expense can show you are human and not some vote-getting, speech-giving robot, which will surprise more people than you think.

The fake Hillary Clinton on The Good Wife won’t determine whether the real Hillary Clinton wins or loses, but how Hillary is portrayed on the show will affect how some view her — and that’s something her campaign will have to deal with in the coming months. While Hillary will rightfully be focused on the upcoming primaries, hopefully she has some Good Wife fans on her staff who can keep an eye on the Florrick race. And if the real Hillary were to make a cameo — well, let’s just say that would probably break the Internet.

And sure, the marriage of pop and politics may lead some to scream that the republic is falling, that we have become a country that deserves a reality-show star as president. But that’s the wrong way to look at it. Politics can be messy and maddening, but it’s vitally important and we need people to pay attention, get involved, and vote. And if we have to make it more fun to accomplish that, we sure as hell should.

‘Do You Like Prince Movies?’ Podcast: ‘Mistress America,’ ‘American Ultra,’ and More