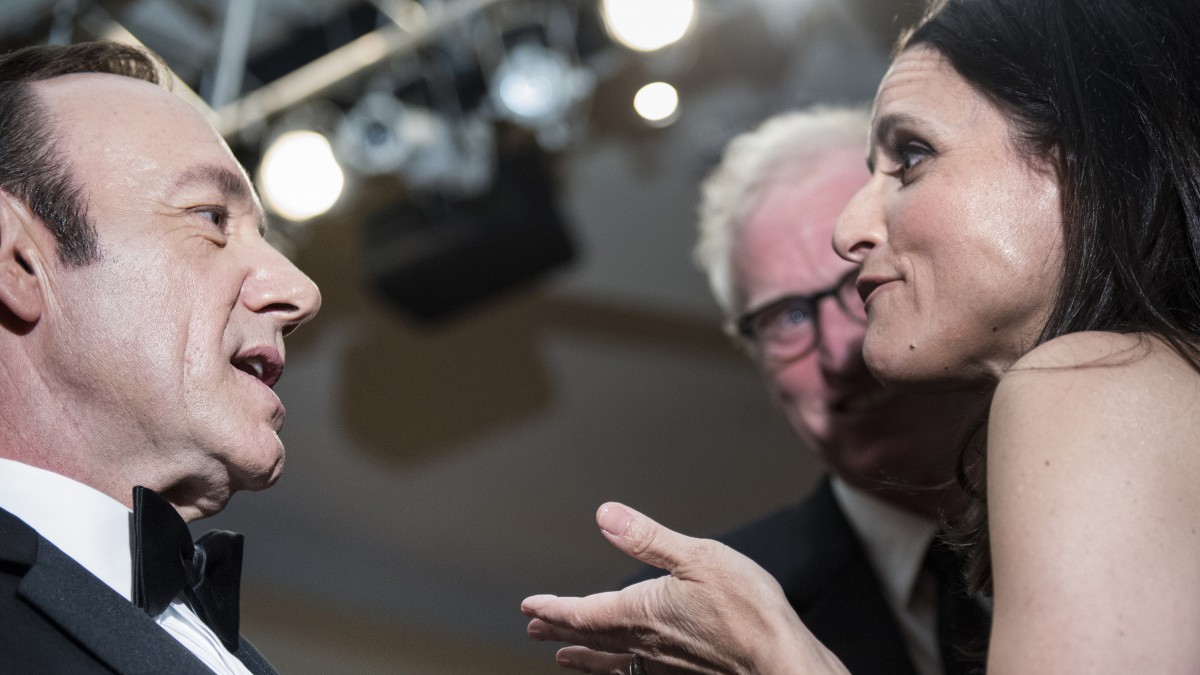 “Which gets Washington better: The West Wing or House of Cards?”

That’s the question most frequently asked of White House staffers when they meet people from outside the nation’s capital. And yes, our civic life would be better off if people were more worried about how a bill becomes a law or how their tax dollars are spent — but the truth is, the conversation inevitably turns to how D.C. feels about Hollywood and the way it is portrayed.

There has long been a symbiotic relationship between Los Angeles and Washington, two industry towns filled with insecure and ambitious people who love to see their names in lights. Hollywood bigwigs flock to political fundraisers to offer dollars and lots of advice. Politicians show up to get their campaigns funded and their pictures taken with stars and starlets. And if a generation of reporters signed up for journalism aspiring to be Robert Redford’s character in All the President’s Men, then the Obama White House is staffed with younger aides (myself included) who entered politics hoping to serve a future President Bartlet. That’s why, despite Americans repeatedly telling pollsters that they hate politics, our airwaves and DVRs are filled with shows set in the nation’s capital. House of Cards, Scandal, State of Affairs, and Madam Secretary all tell stories about Washington. But only one show gets it right — and its season finale is this Sunday.

Veep is the most authentic because it understands the three most important things about life in Washington: the humanity, the banality, and the absurdity. On its face it’s just another workplace comedy — the White House as Dunder Mifflin — but it dissects D.C. with a finely honed satirical scalpel. The characters stand out for their raw humanity. Painfully ambitious staffers like Dan and Jonah, the shallow members of Congress being courted to vote for (and against) the Families First bill, and the cynical and starstruck reporters questioning Press Secretary Mike McLintock all ring true to anyone who has spent time in Washington. In fact, identifying real denizens of the nation’s capital as Jonahs and Garys has become an embarrassing parlor game. The characters are all recognizable not because they are modeled on real people, but because they are real people: human beings filled with insecurities, ambitions, and flaws — oh so many flaws! — just like the folks on the Hill. No one I have come across in my years in politics in either party is as hapless as Mike McLintock, as needy as Gary, as self-absorbed as Jonah, or as ambitious as Dan (actually, there are lots of people just like Dan). They’re regular people dedicated to something important, with all the same flaws as everyone else.

Veep also nails the rhythms of Washington life: Moments of great excitement — like President Meyer’s Middle East peace deal — punctuate days and weeks of important but mundane work that keeps the government running. In The West Wing, every arc seems to end with President Bartlet and his band of fast-talking staffers making America better by solving some intractable problem. House of Cards spins out countless masterful plots of manipulation ending in more power for the Underwoods. Working in the White House is one of the most interesting and exciting jobs in the world, but compared to what you see on TV it’s like watching paint dry — which, now that I think about it, actually makes it a lot like Season 3 of House of Cards.

Lastly, and most importantly, Veep gets the absurdity of our current politics exactly right. In last Sunday’s episode, we heard the White House chief of staff respond incredulously to a member of Congress, “You make it sound as if there’s a correlation between what should happen and what actually happens.” That’s our discourse in 2015 in a nutshell. In a time of great challenge, our politics is too often pulled by some sort of tractor beam to the realm of the absurd. The episode in which the Meyer administration becomes embroiled in a political firestorm because they removed the only painting by a Native American from the White House seems ridiculous on its face. It isn’t. The Obama White House has spent much of the last six years being attacked for removing a bust of Winston Churchill — yes, a statue of a world leader from another country. President George W. Bush’s White House had to answer questions about whether the president was wearing a secret transmitter to help him in a debate. And let’s never forget the time when, in the middle of a discussion about the unrest in Iraq and Syria, Washington decided to focus on President Obama’s decision to wear a tan suit. All of these could have been Veep plotlines. Sadly, they are not. Shining a light on this makes for great comedy, but it is also a great public service.

Yes, sadly we have reached the point where absurdity is the new normal. America has seemingly grown immune to it, which is maybe why it took a foreigner to shove it in our faces. Veep showrunner Armando Iannucci, a Scottish satirist who also created the utterly brilliant British political comedy In the Loop, clearly understands the American political system better than most, including — and perhaps especially — those that work in, comment on, and profit from the system. The fact that real-life Washington loves the show but often doesn’t seem to truly get the joke may be the show’s most devastating critique of all.1

At the end of the day, Veep is just an HBO comedy. We (obviously) shouldn’t take it too seriously. We can, however, learn a little bit about what is right and what is wrong in American politics from watching it. So on Sunday night, as the fictional voters head to the polls, let us hope that the suits at HBO pull the right lever and decide to bring the show back for years to come.

'The Right Reasons' Podcast: 'The Bachelorette,' 'Married at First Sight,' and Why You Should Watch 'unREAL'