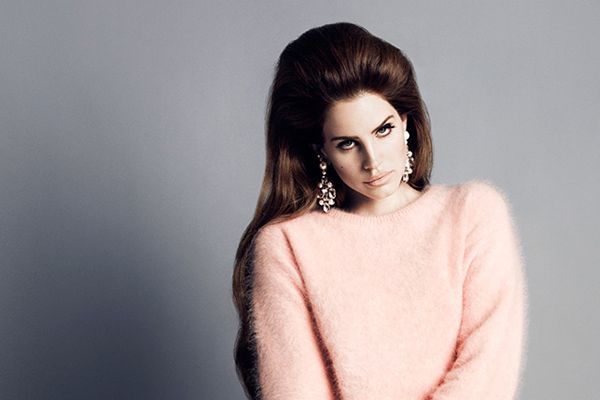 It’s unclear if songwriters Bernie Wayne and Lee Morris were aware they were penning such a subvertible ditty when they wrote the textile-fixated 1950 ballad “Blue Velvet,” which was first performed at a fashion show in Boston. On the surface, it’s a somewhat bland, syrupy torch song, but plenty of other artists have picked up on its ineffably troubling undercurrents, and since Bobby Vinton’s chart-topping 1963 recording, the song’s more notable appearances have been in decidedly dark contexts — Kenneth Anger’s 1963 experimental film Scorpio Rising, and of course, David Lynch’s Blue Velvet in 1987.

Now, Lana Del Rey, whose ’60s fetish is well documented, and whose vaguely derivative Lynchian femme fatale persona is about 53rd on the list of Things Bloggers Can’t Stand About Her, is throwing her particular brand of Ambien haze over the track. A predictably sleepwalky cover that will serve as the soundtrack for her H&M campaign this fall, was just released today, and the TV spots are already airing in Poland.

The cover itself is so on the perfectly sculpted nose that it’s practically ignorable — save for the somewhat amusing fact that Lana sounds just about as vacant and noncommittal as Isabella Rossellini’s sweetly inept Dorothy Vallens. It’s expected to appear on the artist’s forthcoming Born To Die: Paradise Edition (which sounds like a particularly macabre Extreme Makeover spinoff). But as for the ad? I suppose some folks are going to be a little peeved at H&M’s enabling of Lana’s shtick, and if Lynch wasn’t busy hosting topless BBQs (and if he ever appeared to care about these kinds of things) he might be justified in writing a strongly worded tweet or two. But I wouldn’t be surprised if the TV spot ends up being re-edited for the states — I don’t know how they roll in Poland, but I’m not sure that a little person and Del Rey’s ever-expanding bouffant are going to convince the tweens at the Glendale Galleria to drop 59,90 on a Bluzce.

Let's Have a Chat About Breaking Amish Season 1, Episode 2