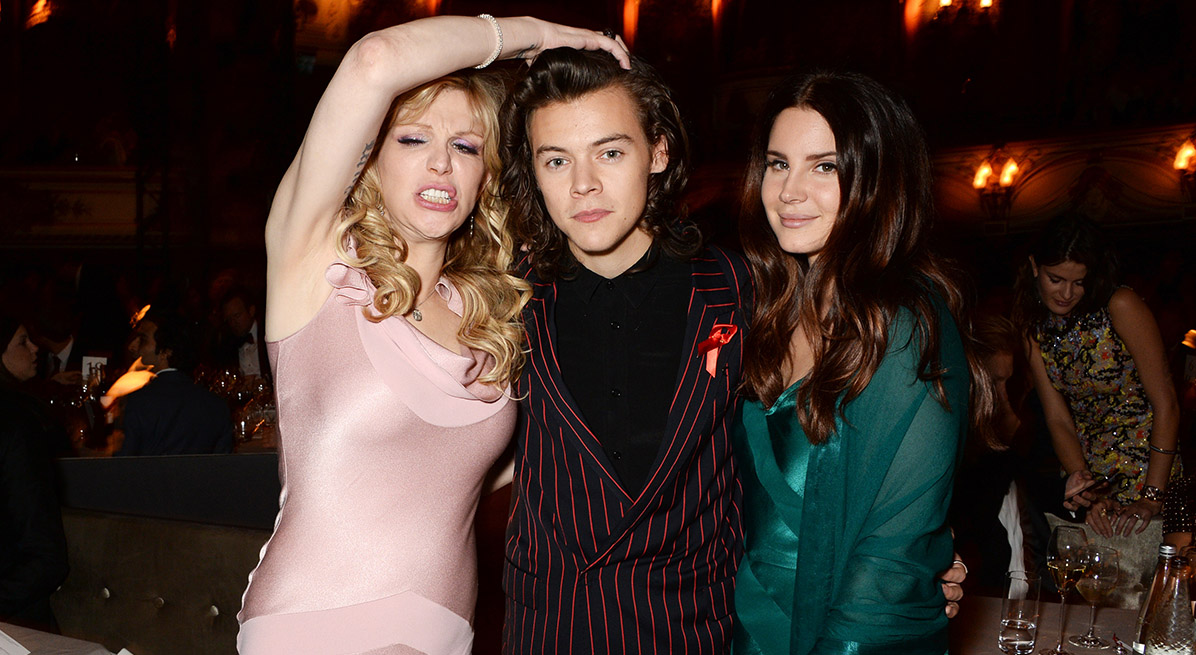 LDR dropped two songs this week, both of which are featured in the new Tim Burton movie, Big Eyes, both of which sound pretty much the same, both of which sound like they could’ve been on Ultraviolence, both of which make me wish she was doing the next James Bond theme (rather than Sam Smith). One of the Burton songs will likely get a big Oscar push — I vote this one, because it has a definitive Lana lyric: “I had a dream that I was fine / I wasn’t crazy, I was divine.”

Most reunion records typically exist only so the reunion tour won’t be denounced as a mere cash-in. But Sleater-Kinney’s upcoming No Cities to Love seems like an exception to the rule, so long as the great “Surface Envy” is indicative of the fireworks on the horizon.

Royal Blood, “You Can Be So Cruel”

This two-piece red-meat rock band is huge in England — NME readers just voted Royal Blood’s self-titled debut the best album of the year. Lately, Royal Blood has been huge in my office, too, because I like to think of Eagles of Death Metal as its own music genre.

Along with the new LP from Ohio band the Sidekicks due in January, Title Fight’s forthcoming Hyperview transcends the emo or punk label and aspires to something grander and possibly more commercial. The first single, “Chlorine,” is a gorgeous amalgam of clanking, jet-stream guitars and numbed-out vocals. (It sounds like Swervedriver, which is not a comparison I’d expect to make for a record due for release in 2015.) It’s a big, sweeping, emotional, and totally captivating sound. Look out for these guys.

My no. 1 band to write to is and always will be Air, because I like to imagine that I’m inside a Stanley Kubrick film when I’m working. For the new side project Starwalker, one half of Air, Jean-Benoît Dunckel, has teamed up with Bardi Johannsson of the Icelandic band Bang Gang for similarly sleek, electro-pop jams, only this time it feels more like Michael Mann.

I really like this song, though the band name is redundant.

Pratt writes songs that sound like they’re 50 years old, and she sings them like they’re 100 years old. I’m not sure if she’s real or a ghost that’s been haunting me for the past few weeks. Can you guys hear how pretty this is, too?

Joseph O’Connell, who has recorded a wealth of independently released music under the name Elephant Micah since 2000, spends his spare time as a folklorist researching local music around where he lives in southern Indiana. He must be doing his job well, because I had no idea there was music in southern Indiana until now. “Slow Time Vultures,” which comes from O’Connell’s upcoming record, Where in Our Woods, is a slow-moving dirge that perfectly captures the omnipresent melancholy of living through a gray Midwestern winter. I expect it to resonate for many, many (sigh) months ahead.

No-Man’s-Land: Reese Witherspoon’s ‘Wild’ and the Best Indie Horror of the Year