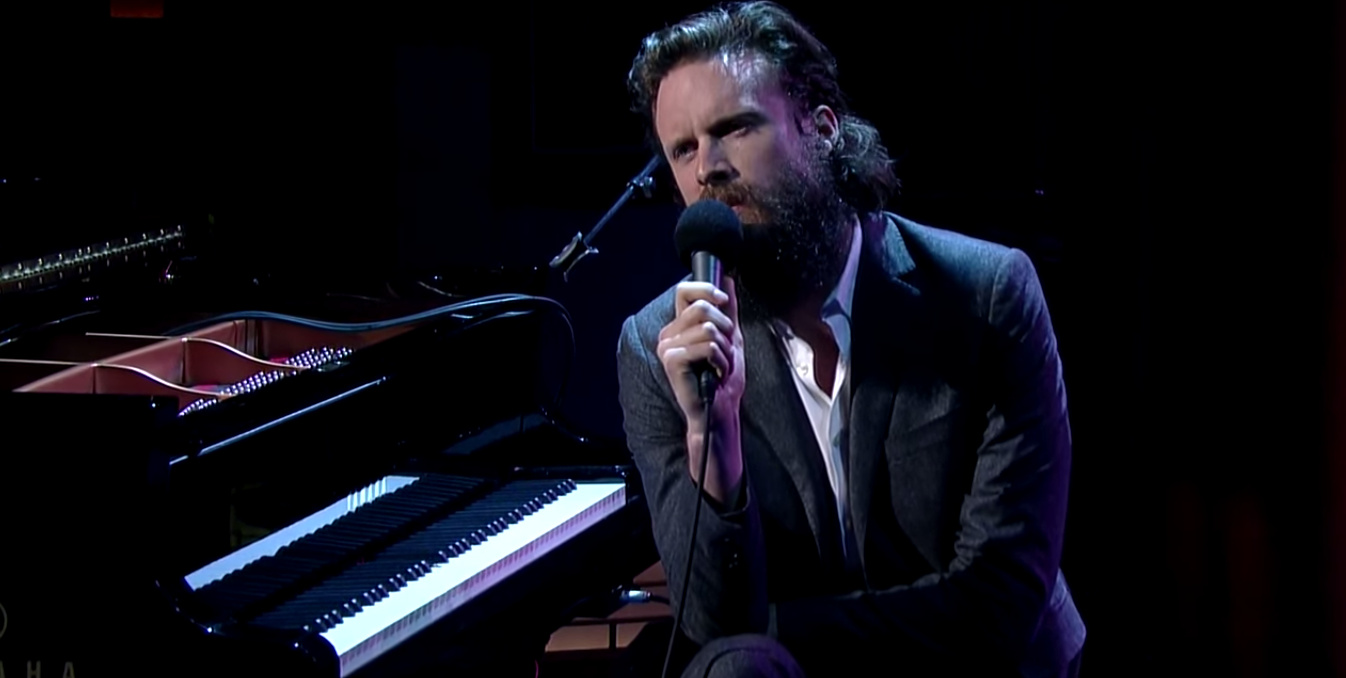 Father John Misty, “Bored in the U.S.A.” (Live on The Late Show With David Letterman)

My favorite part occurs at the 3:55 mark, when the song ends and just sort of hangs there for a split second before the audience realizes they’re supposed to applaud. Or maybe they’re not supposed to applaud. This is what you might call a “multilayered” performance, with irony stacked upon sincerity stacked upon beauty stacked upon “I might be laughing at you, with you, or not laughing at all but secretly weeping.” Not even Josh Tillman himself seems to know what to make of this performance — every time his honeyed tenor hits an emotional nerve, he shrugs it off, like he’s turning down a plate of chicken wings. But I can’t shrug it off. This song makes me want to climb on the nearest piano and empty a bottle of sherry into my face. Save me, President Jesus.

With her debut album, LP1, FKA twigs produced one of the year’s most singular records. LP1 creates a vibe all its own, though it occasionally breaks the magnetic spell by lapsing into sleepiness. It’s not a surprise that her music benefits greatly from a smartly presented visual accompaniment, as demonstrated by this week’s stunning Tonight Show appearance, which I’m guessing sold a lot of tickets for her first U.S. tour.

Along with writing and directing some of the best action and horror films of the ’70s and ’80s, John Carpenter is responsible for some of the most memorable movie scores of the period. On his upcoming album, Lost Themes, Carpenter the musician takes center stage on a set of evocative instrumentals that sound like outtakes from the Halloween and Escape From New York soundtracks. I quote Jack Burton: “The check is in the mail.”

This has been a big year for soundtracks, and the Lorde-curated The Hunger Games: Mockingjay Part 1 ranks among the most anticipated. I’m not sure what this new track by the anthemic Scottish synth-pop group Chvrches has to do with Katniss Everdeen beyond the rousing lift-off of its chorus, which is presumably inspiring for rebellious young people striking against evil bearded despots. But I suspect that the Hunger Games soundtrack will make the dystopian hellscape known as the record industry seem a little less barren.

Smashing Pumpkins, “One and All”

When Billy Corgan announced he was making a record with Tommy Lee, and then teased that record with a song called “Being Beige,” he found yet another way to disappoint a long-suffering fan base. C’mon Billy, “Being Beige”? Liking your music is already embarrassing enough. Fortunately, “One and All” is more in line with the buzzing throwback jams of Smashing Pumpkins’ solid 2012 comeback, Oceania.

Skeptics will choke on the privilege of “Cop Car,” in which our handsome protagonist falls in love in the back of a squad vehicle. (People who don’t look like Sam Hunt aren’t always so lucky.) But the low-key storytelling of Hunt’s addictive debut, Montevallo, won me over. A country singer who sounds like Drake? What a country.

Will 2015 be the year of the Sidekicks? I’ve already played the Ohio emo band’s upcoming album, Runners in the Nerved World (due January 20), more times than most 2014 releases. Producer Phil Ek has tamed the punkier instincts of the band’s great 2012 LP, Awkward Breeds, and guided it to a mid-’00s indie sound that’s all soft-focus guitars and big choruses. “Deer” could almost pass for a Band of Horses song, back when Band of Horses was great.

The Amazing, “Picture You”

This Swedish psych-rock band is described as a supergroup among people who are really into Swedish psych bands. (It features members of Dungen and Granada.) “Picture You,” the title track of the Amazing’s forthcoming album (due February 17), is indicative of its beautiful, pastoral, come-down-gently-from-that-acid-trip sound.

This song is definitely wordier than the Beatles, except for maybe “Revolution 9.”

The Maester Learns Dothraki, Week 4: ‘The Rains of Castamere’ and Translating ‘Love Is a Battlefield’