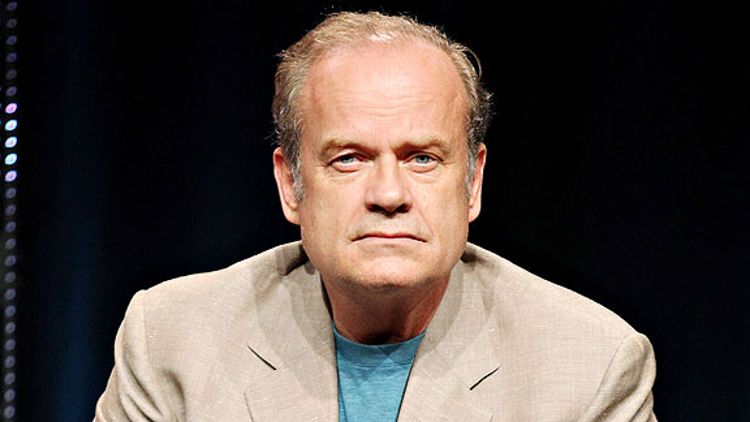 Starz has renewed Boss — a political drama starring Kelsey Grammer as a powerful Chicago mayor with a troublesome secret that could bring him down — for a second season even before its October 10 debut. In explaining the bold move, Starz president Chris Albrecht said, “With each episode, the story grew richer, and the cast continued to turn in breakthrough performances … For our viewers, we felt it important to start working on the next season as soon as possible.” “Also, nobody really watches Starz, so we’re pretty confident the ratings bump from people mistakenly thinking they’re watching a Frasier rerun will be significant,” he did not add. Grade: B+ [HR]

Andy Rooney is quitting 60 Minutes! The indefatigable curmudgeon has been with the show since 1968, has been delivering his trademark rant-essays since 1978, and has appeared in over 1,000 broadcasts. The 92-year-old will officially announce his departure himself on this Sunday’s 60 Minutes, probably with a rant about people who make too big of a deal about Andy Rooney leaving 60 Minutes. We’ll miss you, buddy. Grade: A [HR]

Brittany Snow has joined Anna Kendrick and Rebel Wilson in the cast of Pitch Perfect, a musical comedy about an all-girls college a cappella group who take on the all-guys champion squad. That sounds like a traditionally inspiring underdog tale and everything, but it’ll take a lot more than classic storytelling to make audiences not throw a brick through a window at the mention of “college a cappella group.” Grade: B [HR]

Wanted 2 has been in development more or less since its 2008 precursor did big box office numbers, and has had a carousel of screenwriters attached to it over the years. Well, here come two more! Original co-writers Derek Haas and Michael Brandt, who have thrillers The Courier and The Double coming up, have been hired to take a whack at the most recent draft, from Evan Spiliotopoulos. When reached for comment, Evan Spiliotopoulos shook his head ruefully and mumbled, “I never should have added that unicorn-hunt B-plot.” Grade: C+ [HR]

Antonine Fuqua (Training Day) has been hired by Showtime to make a feature-length documentary about Suge Knight and the era of Death Row Records. If Fuqua dug up some fresh information on the deaths of Biggie and Tupac, that’d be commendable. Failing that, maybe just some vintage Lady of Rage footage? Grade: A- [Deadline]

James D’Arcy has joined Tom Hanks, Hugh Grant, and Halle Berry in Cloud Atlas, the adaptation of David Mitchell’s 2004 novel that interconnects six stories told across the world and throughout time. When reached for comment on the hiring, co-director Tom Tykwer explained that he’s always wanted to work with someone who had an apostrophe in their name. Grade: B [Showblitz]

Ben Folds Five is heading back into the studio with plans to record a comeback album. Ben Folds had been operating as a solo artist for a while there, but now that he’s got his crew back he plans on making the most of it, mainly by bullying small children. Grade: B+ [Billboard]