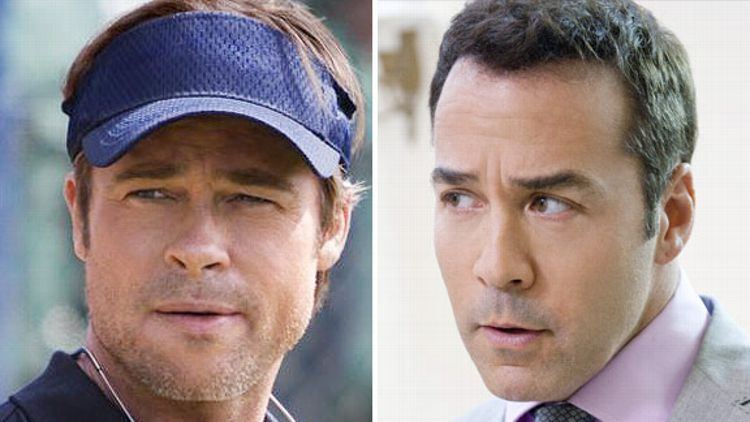 It’s a tough time for screen villains these days. Russians are out, unless they’re billionaire tycoons hiding their motives behind basketballs. Terrorists? Sharks? Alan Rickman? Passé, passé, passé. That’s why we’re thrilled to note the recent emergence of a new and nefarious threat to Hollywood heroes everywhere: the dreaded daughter.

Of course, it’s not as if fictional female offspring are running around hijacking planes, robbing banks, or threatening genocide via throwing a magic alien crystal in the ocean. Rather, they are serving as roadblocks to their respective fathers’ right to the American dream: life, liberty, and the pursuit of seven-figure contracts. Their weapon of choice? The mixtape.

Earlier this month the finale of Entourage turned on Ari’s precocious eldest daughter chastising her midlife crisis-ing dad for ignoring her. Well, not her exactly, more the demo she gave him of a “pop opera” combo she had discovered. One play on the office soundsystem — and one gaggle of normal, professional facial expressions — later, Ari has quit the business he’d spent years building, reconciled with his cook-olding wife, and moved his entire family to Italy. Wait, what? Radical upheaval of work, marriage, and home all because a mouthy high-schooler thinks she found the next Il Divo in the wilds of Brentwood? Imagine if she had discovered Texas Is the Reason!

The trend continued at the multiplex last weekend with the deus ex machina of Moneyball, already among the best-reviewed movies of the autumn. For years, Michael Lewis’ book was considered unfilmable — a statistics-driven story with an affable hero but no real conflict or villain. And then screenwriters Steven Zaillian and Aaron Sorkin got their Oscar-stained hands on it, transforming Billy Beane’s life into a twisted familial struggle so sinister even Oedipus would blush. As anyone who has paid a passing attention to “facts” can tell you, in 2003 the real-life Beane passed up the chance to take on his dream job as general manager of the Boston Red Sox, a year before the team was transformed once and for all from lovable losers into insufferable champions. But to hear Zaillian and Sorkin tell it, it wasn’t a fondness for the NoCal way of life that caused Beane to renege, or even an uncharacteristic loss of faith in his own abilities. No, what derailed Beane’s career — exiling him to another decade racking up losses in a decrepit football stadium — was his daughter’s demo tape. It wasn’t increased pressure, Bambino curses, or lack of year-round farmer’s markets that kept Beane from Beantown: It was the sound of his eldest crooning a twee-folk jam that wouldn’t be recorded for five more years. There’s no crying in baseball, of course — but after this vicious twist, maybe there should be.

So be careful, movie dads! The engine for your own personal destruction may be lurking in the next bedroom, burning with resentment or just burning CDs. They grow up so fast.