Nobody Shuffles: ‘The Walking Dead’ Spinoff Is Coming to Los Angeles, Lock Up Your Soon-to-Be Undead Celebrities 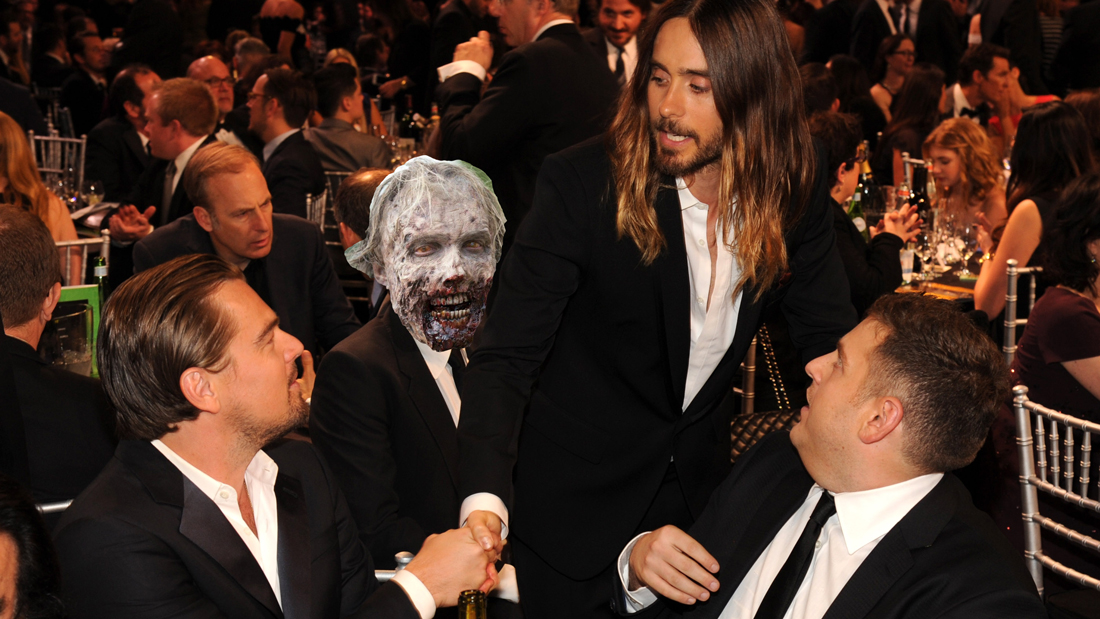 Have you heard about The Walking Dead spinoff? Of course you have, The Walking Dead is merely the biggest show on TV, and we all watch it, and we all love it so much we hang around after it’s over to see whoever was bitten to death in that week’s episode sit on a couch inside of our televisions, typically in the company of famous people who have not lost a lucrative job that night, to talk about their still-weeping bite marks, both physical and emotional. The existence of The Walking Dead spinoff — technically just a soon-to-be-shot pilot named Cobalt at this stage, though there is a roughly 100 percent chance it will be ordered to series — recognizes the terrifying insatiability of our appetite for The Walking Dead–related programming, and promises to explore some other zombie-overrun location besides our beloved greater Atlanta area.

And now we know the identity of that location. Cue the biter marching band chained to the back of a very slow-moving tractor, please:

The Walking Dead is coming to Los Angeles!

Perhaps we’re biased because we live in L.A., but this is the best possible setting AMC could have chosen. You could perhaps argue — incorrectly, but we’d kill a medium-size horde of walkers with a rotting mandible to protect your right to be so incredibly wrong — that they could go to New York (I Am Legend already weakly sarged it out), or to Washington, D.C. (assuming the flagship show’s survivors never complete their already fraught journey there), or even to Chicago, because of an obscure legislative provision rammed through by Big Improv that a suspiciously large number of television shows must be set there.

Los Angeles, however, is the correct choice.1 A Walking Dead companion series is uniquely positioned to take full advantage of the city’s trademark postapocalyptic feel, the forbidding, provincial disconnectedness of its many beautiful neighborhoods, and its perpetually abandoned sidewalks — nobody shuffles anywhere, the old saw holds. And could there be a better temporary bulwark against the collapse of society than the walls of a studio lot? No, there could not. Even though there’s no indication in the early intel that the show will have a particular Hollywood bent — there’s a lot of stuff about teachers and guidance counselors and drug-dealing high school kids, boring, unless you’re talking Harvard-Westlake — there’s only so long it could go before a lack of celebrity cameos beggared belief, given the city’s demographic makeup.2

Throw away any petty logistical or scheduling concerns and let yourself imagine the undead boldfaced names for a moment:

• Leonardo DiCaprio, emerging from a stretch Prius at the debut of his latest Scorsese project, trailing a shackled line of armless, de-jawed supermodel zombies, Michonne-style.

• Elder statesman George Clooney, initially misjudging the viral end times consuming the world, delivering an impassioned speech for zombie tolerance in which he recounts the unfortunate machete-delivered deaths of pals Matt Damon and Richard Kind by a hair-triggered Brad Pitt at a home poker game.

• The unflappable Jennifer Lawrence delightfully riffing her way through an Entertainment Tonight interview, all like, “Whatever, there are probably some zoms on this red carpet, I’m not gonna worry about it, you know? My life is great!” before an infected publicist sinks her teeth into an exposed, shrugging shoulder.

• Jared Leto, too distracted to notice his hairdresser has been turned, is yanked out of the stylist’s chair by his own ombré locks and eaten by the entire salon’s clientele.

• The entire Kardashian clan, running out of food as they bunker down in their Calabasas stronghold to wait out the plague, make the tough but strategically essential decision to devour Kim’s ass once they realize it’s far more valuable as a series of meals instead of a meal ticket. (Rob, handcuffed to a moldering StairMaster beside an unopened crate of designer socks in the basement just in case, misses out on the carving ceremony.)

• A snarling pack of agents greedily draping themselves in the freshly harvested intestines of the still-red-hot Channing Tatum. (It turns out the agents are not zombies.)

• Bill Murray, because Hollywood loves nothing better than a pre-proven idea.

We’ll stop there, because we could do this forever. (In fact, a large part of our day is already consumed by daydreams of such scenarios while stuck in traffic, so it’s nice to have this outlet.) Before too long, The Walking Dead: Cobalt: Los Angeles will be an actual thing we can watch. We hope they let Leo have a samurai sword. He’d be super into that.