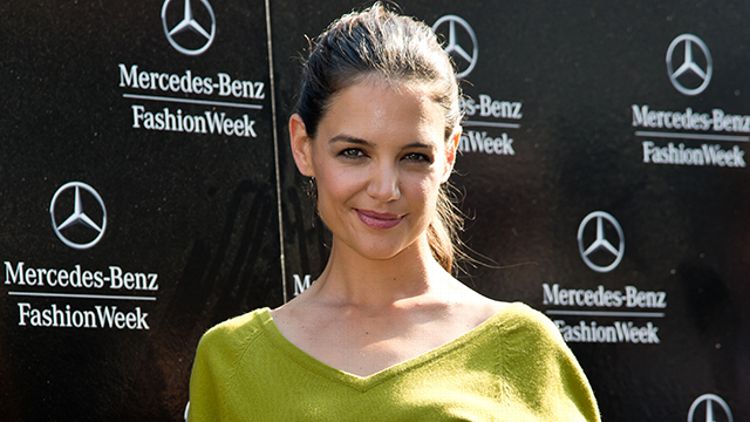 Suri Cruise will eventually be old enough to read The Giver, and there’s no way any kind mom would want to purposely ruin that seminal reading experience by joining a film that craps all over the book. So let’s go ahead and assume that Katie Holmes signing on for the adaptation of Lois Lowry’s 1993 gem is the final piece of the puzzle — The Giver is gonna be good and/or great. Jeff Bridges, who is a dead ringer for the story’s titular mystic, has been trying to adapt this thing for two decades, giving him plenty of time to perfect his role. Plus there’s Meryl Streep as the dystopia’s chief elder. Holmes will play the protagonist’s mother, “a strict obeyer of the laws that govern what is described as an antiseptic society.” That’ll make for a fun exercise, watching the movie while scanning Holmes for signs of Scientology memories.

Thus does not conclude the Katie Holmes update, however. Because, as magically stated by Metro, she “might have distanced herself from the Church of Scientology, but few could doubt her dedication to egg-based sauces, as was shown this week with her becoming the face of Hellmann’s Mayonnaise.” Yep: Holmes got in the mix with a Newbery Medal winner and a Good Egg Award winner all in one week. And she ate a cronut.