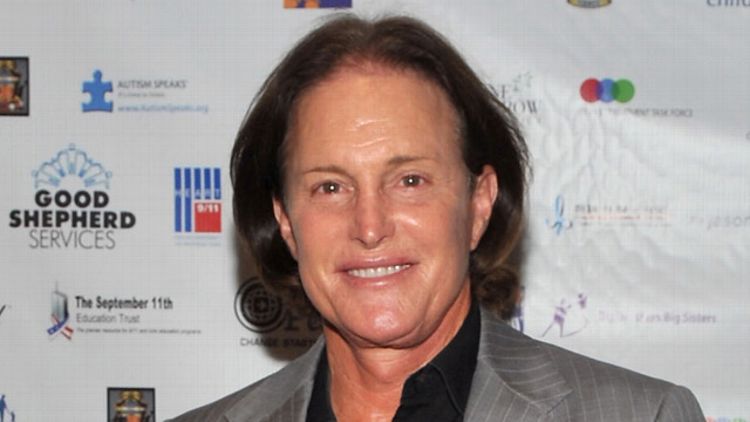 Bruce Jenner Wants to Be a Woman: Take this story with a few cups of salt. According to Star, the real reason for Kris and Bruce Jenner splitting? He wants to transition genders. “There were other clues that Bruce, 63, and Kris, 57, had been drifting apart for years. Most notably: Bruce’s transformation from a manly athlete to an effeminate metrosexual with a reported penchant for cross-dressing.” I mean, Kim is with Kanye. You think the Kardashians kare about traditional gender roles? They kare about fame and money. “Bruce has a feminine side. He likes growing his hair out, loves getting manicures and pedicures and won’t leave home without his diamond earrings.” There’s nothing wrong or deviant about any of those things. Fuck this article so much. “Bruce is more emotional than all the Kardashians combined! Kris even says that Bruce is more of a woman than she is! All the kids constantly tell Bruce that he needs to stop being so dramatic and act like more of a man, but that’s just not him.” Again, Kanye. And again, fuck this article. Men are emotional, duh. “Kim went in Bruce’s closet and found tons of expensive lingerie that was all stretched out!” Kris denied the lingerie was Bruce’s. WHO CARES, HE CAN WEAR WHAT HE WANTS. “He also thought that Kris cheated on him and was OK with it. Maybe the reason he was OK with Kris’s secret flings was because he had a secret of his own — the cross-dressing.” Or maybe they had an open marriage and Kris doesn’t kare about his kross-dressing.

Is Joe Jonas on Hard Drugs? “When the Jonas Brothers suddenly canceled their fall tour,” rumors began to fly about what had happened. Bad ticket sales? A creative rift? “The real reason behind the band’s unexpected delay: Joe Jonas’ drug habit, which has become increasingly worrisome in recent months. He’s been dealing with substance abuse issues for quite some time.” Despite their virginal image, in March “rumors surfaced about a sex tape featuring Joe and girlfriend Blanda Eggenschwiler, 29. The tape purportedly featured Joe and Blanda engaging in kinky sex, as well as footage of Joe using drugs.” The tape never surfaced, but that doesn’t mean it didn’t exist! “At this point, Nick and Kevin don’t care what is going on with the band, they just want to see their brother healthy.” Word.

Robert Pattinson’s Coke Bender: At L.A.’s Viper Room, site of River Phoenix’s drug overdose, Robert Pattinson and Dylan Penn were on a date. Pattinson must not know about Phoenix, because he “spent the whole of a recent Mickey Avalon show in the club’s VIP room, snorting bump after bump of cocaine.” A witness says “Rob was doing coke all night. Rob tried to be subtle by scooping the coke out of a baggie with a key, but he was still in plain view of others in the room.” Sounds like cokehead behavior. “Dylan frequents Mickey Avalon’s shows, as he’s a friend of her father, Sean Penn.” Hmmm, I wonder what Mickey Avalon and Sean Penn do for fun together. “Rob continued to party excessively at their next stop, the Chateau Marmont. Rob went to the bathroom alone multiple times with the bag of cocaine. He got nervous, anxious and defensive toward the end of the night, which seemed in keeping with all the coke he’d been doing. He was paranoid that people were watching him.” He’s also a movie star. They probably were. Rob invited a coke dealer back to his house. “Rob quickly suggested that the guy with the coke break out the drug again. He was craving more and wanted the party to continue. After Rob finished off an eight ball, he and Dylan, 22, started getting intimate, kissing in front of everyone.” Around that time, Rob told the other partygoers to bounce.

Fifty Shades of Grey Is Dead: “The whole movie has turned into an embarrassing mess.” What do you mean “turned”? Dakota Johnson might now follow Charlie Hunnam’s lead and also jump ship on what is becoming a troubled production.

Misc/Etc: “HOLLYWOOD’S BOSSIEST WIVES AND GIRLFRIENDS!” “Once known for her beauty, poise, and upper-crust air” “shockingly bloated and disheveled appearance” “turn into a witch at the drop of a hat” “He doesn’t want to share his mama” “Honey, too little, too late!” “Cruel Candy” “Channing Tatum tooled around Tulane University” “a portrait session aboard a yacht with photographer Terry Richardson” “THE BOYS OF FALL” “ghoulish gourds” “looked less than in love” “SHE’S GOT WIENER ON THE BRAIN!” “next to an undead friend” “proved that she’s not stuffed full of Botox” “She treats him like another child”

Katy Perry & John Mayer: “The singer notorious for breaking famous hearts (sorry, Taylor Swift!) is ready to settle down.” Man, Taylor can’t catch a break. “Everyone knows it’s just a question of when John will propose” according to their friends. Mayer, 36, and Perry, 28, have been together for 15 months. “The two got close to the altar — actually, the Jewish chuppah — at his brother Carl’s Old Hollywood–style nuptials at New York’s Mamaroneck Beach & Yacht Club October 13.” Perry danced with Mayer’s 86-year-old father, Richard. Perry and Mayer split up for a few months, but have finally “realized they must be together.”

Vanessa Hudgens: “If there’s a problem, a bottle of wine goes a long way.” She should start a line of Spring Breakers wine. Actually, it’d probably have to be wine coolers.

Daniel Radcliffe Crushing on Katy Perry: “I was like, I should go up and say hi … Then I thought … What if she just thinks you are some teenage fanboy?” She would probably still be very nice and sweet?

Kate Hudson: “I eat everything. I love food.” OK.

Twelve Stars Who Believe in Aliens

Misc/Etc: “Kanye walked out of the studio pushing the stroller” “Battle in the ballroom!” “Surprise Six-Packs!” “It burns and I love it!” “Maybe she should have texted?” “she was bursting (out of her shirt!) with love for him” “Hercules, like, busting out of his pajamas” “You can just wear dirty stuff” “I would have to grow out my nails so I could scratch her” “visibly gaunt” “I’m not quite waddling” “Better With Beard?” “Older Boyfriends!” “I mean, he’s a boy. He’s just happy to be fed.” “Forget the haters. Just remember the bikini wax.”

Katie Holmes & Jamie Foxx: Supposedly “the tall brunette slinking out of Jamie Foxx’s hotel, the Trump Soho New York, at 5 in the morning” was none other than Katie Holmes. Is this the sequel to Collateral? “They’ve been seeing each other for a while. They’re very Mission: Impossible about their romance.” I really want this to be true so I’ll just pretend it is.

More About Alicia Keys & Aliens: “Yeah, I do. I’ve met some serious aliens in my life. I think they’re here right now.”

Scarlett Johansson Shades Ryan Reynolds: “I didn’t think I was a jealous person until I started dating my current, my one-and-only,” referring to fiancé Romain Dauriac. “In the past, I didn’t have the same kind of investment … I just wasn’t capable of caring that much.” HI SERENA! XOXO.

Real Housewife Ramona Singer’s Husband Is Cheating: “Ramona Singer’s husband of 27 years, Mario, 60, has allegedly been having an affair with a 20-something blonde socialite he met this summer in New York’s Hamptons. According to a report, a source claims the unnamed woman — who has been showing off naked cellphone snaps of Mario as ‘proof’ of the fling — even got pregnant and had an abortion, paid for by the wealthy jeweler. Mario also reportedly had the younger woman spend time at Ramona’s Hamptons home while his unsuspecting wife was out of town.” Ramona denies everything.

Misc/Etc: “Christina’s trying too hard to be sexy” “joining the Miley movement?” “narrow eyes, dark blonde bangs, and high cheekbones” “they share a secret passion for baking!” “gets his kicks bouncing on a lion” “rocks a hot dog hat” “Pig-tailing it!” “up close and personal with some serpents” “She’s losing her world-famous figure” “Finally, her fairy-tale ending!” “IT’S PAYBACK TIME!” “His resentments have been piling up for decades” “I think the pink Doc Martens and parachute pants in eighth grade probably did that!”

No 'Hey!': The Head and the Heart and the Way Forward for Folk