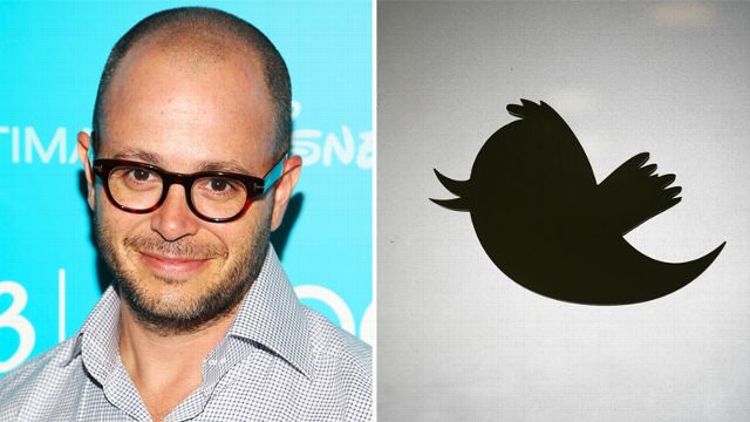 Damon Lindelof no longer exists! Not on Twitter, anyway. On Monday afternoon, the Lost co-showrunner, screenwriter, and longtime social-media gadfly/punching bag tweeted one last joke — the cut-to-black-on-Tony-eating-onion-rings-ish sentence fragment “After much thought and deliberation, I’ve decided t” — and then deactivated his Twitter account. So far he’s been declining interview requests, but according to my sources he has spent the last 48 hours spooning with his new IRL BFF Jonathan Franzen in an off-the-grid yurt outside Santa Fe. What are you going to do, Damon Lindelof, go on Twitter and call me a liar?

Deleting yourself from the national tweetversation in 2013 is both a bold no-FoMO statement and an empty gesture. Alec Baldwin, Kanye West, and John Mayer have all dramatically broken it off with Twitter and then slunk back; unless Lindelof pulled a @tree_bro, there’s always a chance that he will, too. And while his sudden unfollowing of the world after years of robust social-media presence is surprising, it also feels totally inevitable.

Lindelof and his Lost partner, Carlton Cuse, were among the first TV showrunners who accepted being visible and accountable as requirements of the job. For six seasons, through interviews and clip-show appearances and podcasts and eventually social media, they teased and explained and defended the work they’d done, managing (and occasionally mismanaging) their audience’s expectations all the way to the Finale That Broke The Internet’s Heart, in 2010. Residual Lost-based resentment has colored fan reaction to everything Lindelof has touched since then, from 2012’s Prometheus (which he rewrote but didn’t direct) to this summer’s Star Trek: Into Darkness (on which he was one of three credited screenwriters).

When you’re one of the most divisive figures in modern geek culture, making yourself accessible on Twitter is basically the online equivalent of sitting on the sidewalk with an upturned hat and a TELL ME OFF FOR $1.00 sign, except you don’t get paid. The morning after the last episode of Breaking Bad aired, Lindelof retweeted a bunch of @-messages of the “now THAT’S how you do a finale, Damon Lindelof!” variety; it was somehow both good-humored and passive-aggressive, as ironic hateration-RTing usually tends to be.

The end of Breaking Bad seems to have been cathartic for Lindelof, who also wrote a guest column for The Hollywood Reporter earlier this month in which he admitted (as if anyone didn’t know this already) that he’s “deeply and unhealthily obsessed with finding ways to revisit the Lost finale and the maddening hurricane of shit that has followed it,” compared his arrogance and naïve hunger for redemption to Walter White’s, and vowed to finally stop talking about the Lost ending. So maybe staying out of the public forum where he was most frequently called to account for that ending is just common sense. “Alcoholics are smart enough to not walk into a bar,” Lindelof wrote, in what now seems like foreshadowing. “My bar is Twitter.”

When I interviewed Lindelof in May, he said he planned to take a different approach to discussing his next TV project, a possible HBO series based on Tom Perrotta’s Rapture novel The Leftovers. Here’s the most historic-in-retrospect section of that interview, with some mood music to remember @DamonLindelof by. See you in purgatory, bro.

You’re pretty active on Twitter.
It’s kind of a lose-lose situation for me to be out there saying what I am and am not going to do on the show. Carlton and I were talking compulsively about Lost while it was on — we needed to have that ongoing dialogue with the audience. But the show ultimately kind of has to speak for itself, and The Leftovers is potentially, you know, the beginning of a new era for me, which is, “Just shut the fuck up, Damon. Like, “Get off Twitter; make the show; put your head down. The slings and arrows will come your way: that’s your job, to take them, but hopefully people will still watch it. But you have to get out of the explaining business, because it’s not doing anybody any good.”

It seems like Twitter is this pain-box that you can’t stop sticking your hand in.
Yeah. I mean, right now, I can’t resist sticking my hand in the pain box, and it’s driven either by complete and total narcissism or, you know, just like, “Oh, people are talking about me. That’s cool. I finally feel popular.”…But it’s a bottomless pit of need that can never be filled, and it’s more toxic than it is good, because the voices that are the loudest and most hurtful are the ones that stay with you, and the ones that are supportive — it’s nice to have people say nice things, but it’s very transient. But the guy who says, “You’re a hack and you’re a fraud, and I can see you for what you are,” you basically go, “He knows me.” But I kind of feel like I need to seek it out. I don’t know. I tell my therapist that it’s because if I don’t do it, then I feel like I’ll get a big head and think that I’m awesome all the time, and I don’t want to be that guy…I’m too much of a pussy to like, whip myself on the back like Paul Bettany in the Da Vinci Code, so Twitter is my—

Your cat-o-nine-tails?
Yeah, my little self-flagellation. I feel like I deserve it; it’s my penance for getting this incredible life that I have, that I feel like I have to take my medicine, and there it is for me whenever I want, sitting in my pocket. All I have to do is tap my iPhone twice to get pain, you know? It’s masochistic, but I keep going back for more, so it’s doing something for me.

You know, look — no offense to you, people who I’m about to single out, because I am jealous of your ability to do it, but when people say like, “I’m quitting Twitter,” I want to be like, “You fucking — you don’t have the stomach for it? Boo-hoo for you.” As Artie Lang on the Howard Stern show would say: “Wah.” If you can’t take the heat, get out of the kitchen, and guess what? If you are in show business, your job is to fucking stand out there on the stage and see what the audience has to say. So now Twitter exists, and there you are. You can’t just use it to crack jokes and make fun of Fancy Feast; it has to be a two-way street. That’s a very long-winded way of saying I know it’s bad for me, but there’s gotta be something good in it; there’s gotta be vitamins and nutrients in there somewhere, or else I wouldn’t keep going back for more.

Yeah. I mean, maybe it’s like an antibiotic, where you’re taking a small dose of the poison to immunize you to the poison.
Interesting. But then the antibiotic has no efficacy after a while, so you should just stop taking it. So if we’re going to use your metaphor, it’s probably time for me to stop.