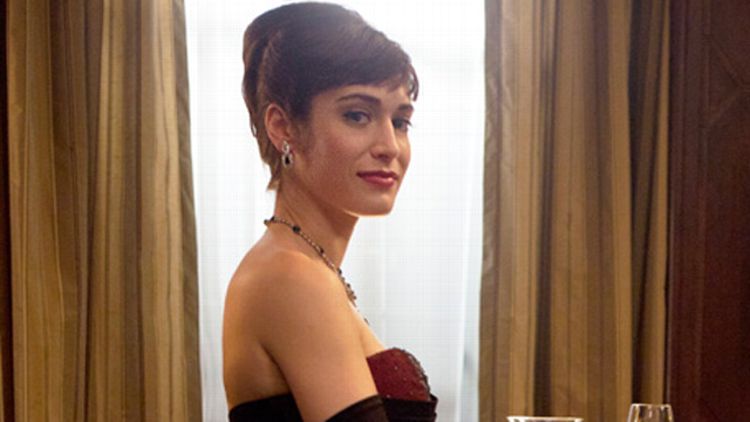 Lizzy Caplan is so good at playing a certain type of role — think strong, sarcastic singletons like Casey on Party Down or Gena in last year’s raunchy Bachelorette — that she’s chosen to actively avoid it for her most high-profile part to date. Beginning this Sunday night, Caplan will be starring as one half of the groundbreaking, real-life research team Masters and Johnson on Showtime’s promising new period drama, Masters of Sex. Caplan brings an enormous subtlety and an appealing openness to Virginia Johnson, playing the forward-thinking nightclub singer turned sex researcher as a modern woman chafing against the societal bonds of late-’50s America.

Though the double entendres flowed freely, there was no chafing in our nearly hour-long chat. Caplan was funny and forthcoming about her early career jitters (including feeling more or less terrified on the set of her first job, Freaks and Geeks), the amount of strong female roles on television, and the strange feeling of talking to male talk show hosts about nudity. Other topics include disappointing her Jewish family by not going to college, co-star Michael Sheen’s nipples, and the likelihood of there ever actually being a Party Down movie. (Despite real interest from all involved, the short answer is this: Don’t hold your breath.) No matter what you may see in the upturned “e” on the Masters of Sex poster — butt? Bathing suit area? Ninja throwing star? — there’s something for everyone in this podcast.