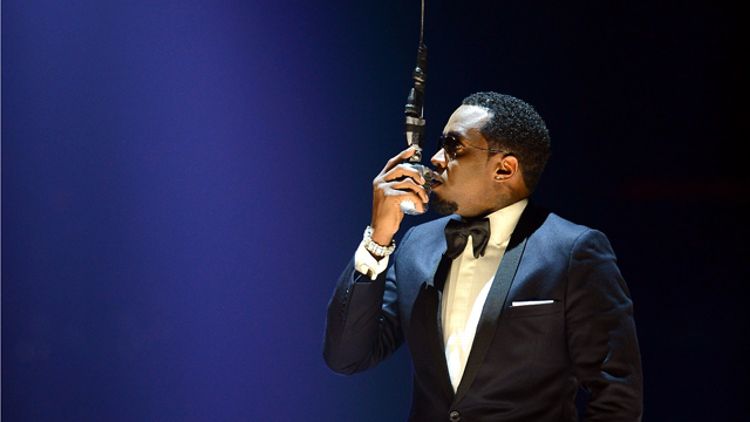 Every year, Forbes puts out a ton of pop culture wealth lists and they’re among my favorite things to read and write about. One of the best is annually curated by the champion of hip-hop wealth journalism, Forbes’s Zack O’Malley Greenburg. The 2013 version of the Hip-Hop Cash Kings list was released earlier this week, filled with a good deal of predictable selections, as well as a few surprises.

The following are his very well-put blurbs explaining how the top 20 have made their money, supplemented by my reactions to seeing how much money these people are making.

Diddy made $50 million in 2012, which means Earth is truly a planet of clear-liquored-up alcoholics. ICYMI, I released an album on Bad Boy last year, all while wearing my Sean John sweatsuit from 2002. And guess what? No one cared. Because, #BadBoy. Revolt could take off, though, especially if a majority of its content involves pouring vodka on one another, after either drinking vodka or buying vodka or talking about buying and then drinking vodka and then pouring it on one another.

Humans will pay so much money to see this rich man perform his rich man songs, and I think he’s earned it. I don’t know who Armand de Brignac is, but I’m sure it’s someone he shares a yacht with off the coast of D’Ussé. I can’t wait until Blue Ivy is on this list, testing pops, after purchasing Rooms To Go Kids at age 5.

“Last year’s Cash King slips two spots, no longer boosted by a nine-figure payout for selling part of Beats by Dr. Dre in 2011. But he’s still cashing in on the ubiquitous headphones, expanding the company he founded with Interscope chief Jimmy Iovine to include a long-awaited streaming music service.”

Dr. Dre is only a year away from having teenagers say “Oh, Dre of ‘Beats By’? He was a rapper?” But that’s OK. Because as I look around the room I’m sitting in, there are six people wearing Beats headphones, listening to the music of people much poorer than Dr. Dre.

“Two years after becoming the first female artist to make the Hip-Hop Cash Kings list, Minaj is nearing the top thanks to income from touring, steady music sales, a lucrative American Idol gig and endorsements with Pepsi and others.”

I cannot wait until she’s on the top of this list, for she is the King of New York and the Queen of the Universe. A few endorsements that may help her get there, if I may suggest: Arby’s, SmartWool, Delta, and the New York Metropolitan Transportation Authority, seeing as that 90 percent of my money goes to those four places and I’d like to have the “Nicki Voice” screaming at me while I make these purchases.

“The Cash Money chief continues to live up to the name of his record label, whose lineup boasts three other artists on this list: Nicki Minaj, Lil Wayne and Drake. Birdman’s empire also includes clothing, vodka and publishing.”

FOR CASH MONEY CONTENT A.K.A. THE HANDRUB BOOK FAIR, CLICK HERE AND NEVER LEAVE, FOR THERE WILL BE A TIME WHEN MUSIC IS OBSOLETE AND ALL WE HAVE LEFT ARE BOOKS LIKE HONOR THY THUG AND VARIOUS BASKETBALL WIFE MEMOIRS.

“He may be one of rap’s biggest names, but he falls just short of the top five this year. New album Yeezus was released shortly after the end of our scoring period, though, and a lucrative tour this fall should vault him back toward the top of next year’s list.”

One can only assume Yeezus isn’t atop this list because he’s given all his money to the poor. Yeah, that’s probably it.

“The diminutive rapper played only a handful of shows this year and made headlines for health scares, but still cashed in on his new album I Am Not A Human Being II, clothing line Trukfit and his Young Money label.”

Don’t overlook that three Young Money Cash Money Billionaires artists are in the top seven. That’s incredible. But also don’t ignore that Wayne is third in that group and, if I had to make a prediction, next year fourth. That is, unless he finally lands that Indy Nosebone, in which case, he’s making $500 million by year’s end.

“The Pittsburgh native has been raking in cash ever since bursting onto the mainstream scene with his hometown ode ‘Black and Yellow,’ the top single from his album Rolling Papers. His follow-up, O.N.I.F.C. — and more than 75 shows over the past year — keep him on the list.”

His most recent album, O.N.I.F.C., stands for “Only N---- in First Class.” This shows financial growth, but also leaves room for a brighter future. Maybe, in a few years, he’ll be O.N.I.Private.Plane. Or, if things go really well, O.N.I.Space.Ship.

“Though his new album Ludaversal was delayed once again, the self proclaimed ‘Mouth of the South’ continues to cash in on live shows, Soul by Ludacris headphones, Conjure cognac and roles in films like Fast & Furious 6.”

As much as Ludacris the rapper is adored, he really gains nothing by making music anymore. Him making music is like me playing intramural sports. I’m just doing it to feel like I “still got it.” But I “don’t got it.” Not even “close.” I have a “little belly” that’s “not going away” as quickly as I “thought it would.”

And that, my friends, is how you make a 2013 Ludacris analogy.

“Not even a brief exile to Alaska — the result of a fan vote to send Pitbull to any Wal-Mart in the U.S. — could stop Mr. International from earning double-digit millions. He cashed in on new album Global Warming, constant touring and endorsements with the likes of Kodak and Dr. Pepper.”

That fan vote to send Pitbull to Alaska narrowly beat out Bill Simmons’s “I want Pitbull to play a concert at my house every day forever because he is truly Mr. International” campaign, which is a damn shame.

As long as there is a fist-pumping Bill Simmons, there is a moneymaking Pitbull. Just know that.

“With relatively little touring and no new album last year, the former Degrassi star falls from the top ten — but with his third studio album Nothing Was the Same out this month, Drake looks poised to move up on next year’s list.”

Drake has made $10.5 million, only shops at Marshalls, and has no student loans. He’s going to be rich forever. This isn’t fair.

“The artist formerly known as Snoop Dogg has been cashing in on his rebirth as a reggae artist, playing over 85 shows during our scoring period to go with a handful of endorsements and healthy back catalogue sales.”

Snoop Lion cashes in on Snoop Dogg? That doesn’t seem fair. I wonder if 2 Chainz cashes in on Tity Boi, or if he’s like, “Naw, those aren’t my bank loans. I’m 2 Chainz now.”

“Though he rarely tours and doesn’t have an entrepreneurial résumé that stacks up with most of his peers, Eminem continues to earn big from his lengthy list of hits — he sold more albums last decade than any artist in any genre.”

Enimem makes money by just continuing to live. He’s figured it out. He’s like ’05 Paris Hilton.

Seriously, though. I feel bad for Kendrick, because you know every single 310 phone call he gets is “Hey Kendrick, remember sixth grade? Yeah, me, too, so like I’ve been needing to get my carburetor fixed for a while now, and …”

“The singer-producer returned to the top of the charts on ‘Get Lucky,’ his smash collaboration with electronic duo Daft Punk; he also boasts clothing lines, a YouTube show and an extensive production catalogue.”

So far, Pharrell is the only one who deserves all this money. Between “Get Lucky” and “Blurred Lines,” I’m convinced he’s the only reason the weather warmed up for summer. Also, this image: 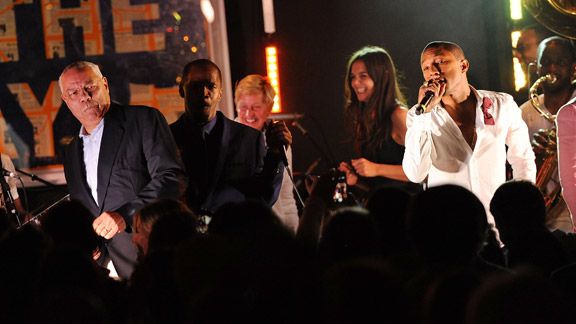 He deserves all of the money.

“The Seattle rapper-producer combo appears on the Cash Kings list for the first time thanks to The Heist, which has sold over 1 million copies in the U.S. and spawned hit singles including frugality anthem ‘Thrift Shop’ and marriage equality ode ‘Same Love.'”

Not impressed. I don’t even answer the phone for people who have to split their earnings. Have you ever spent time with someone who only makes $4.5 million? Of course you have, and as you know, it’s just the worst.

“The superproducer may not be quite as well known as his wife, Alicia Keys, but the Cash Kings mainstay returns to the list on the strength of a hefty production catalogue and deals with Reebok, Monster and Lotus.”

“Kansas City isn’t known for hip-hop, but Tech N9ne is putting the Midwest on the rap map. His empire includes label Strange Music as well as his own recording studio, merch company and touring infrastructure.”

It doesn’t make any sense, but just accept it as fact. Tech N9ne makes more money than your favorite rapper and that’s the bottom line. The end.

“The sale of his VitaminWater stake made him hip-hop’s top earner in 2008, along with proceeds from clothing, video games, books and records. These days, his entrepreneurial focus is on his SMS headphone line and SK Energy beverage.”

At this rate, 50 Cent will be worth his namesake in 11 years, at which point he’ll put out another classic album and then smartly invest in zero-gravity grape juice and then make $100 million and then start his decline cycle again. Excited for that.

“Though he may never match the viral success that came with his work on Usher’s smash single ‘Yeah!’ in 2004, the rapper-producer has reinvented himself as a DJ, playing over 100 shows in the past year alone.”

Fun fact about Lil Jon: He’s 153 years old. I don’t know how long he can keep up this feverish pace of playing shows, yelling at college co-eds, and intravenously intaking energy drinks, but I wish him the best for another 200 years.

“The rotund rapper didn’t tour quite as much over the past year as he did in others, but still makes the list thanks to his Maybach Music Group and recent album God Forgives, I Don’t, which earned a gold certification from the RIAA.”

Rick might actually be “rich forever,” as his mixtape once announced. Wealthy, I don’t know, but he’s getting pretty good at this moneymaking thing.

When you’re wealthy, you don’t do that. But rich? Absolutely. Because there’s always a reason to celebrate by way of moonwalking while you rap about bricks of cocaine.

“Though the 21-year old rapper’s new album, Watching Movies With the Sound Off, came out after the end of this year’s scoring period, Miller makes the list on the strength of ticket and merchandise sales from more than 50 live shows.”

If Mac’s going to spend THE REST OF HIS LIFE GOING AFTER ARIANA GRANDE, WHICH HE SHOULD, I’m glad that he’s making a good deal of money.

Because once he gets his 40 to 50 Christmas sweaters, you know where the rest is going.

All day, every day — wooing.

“The Atlanta-bred rapper hasn’t released an album since 2011’s TM:103 Hustlerz Ambition, but his clothing line and a handful of tour dates were enough to secure his spot on this year’s list.”

This figure is inaccurate; street profits have not been included. I’m certain Jeezy made $100 million last year, like he does every year. Jeezy is and will always be the cash king, the end.

“The venerable Roots frontman makes his Cash Kings debut, boosted by his roles as a drummer, producer, professor, author, and — most of all — about 200 DJ gigs from Vegas to New York.”

The hardest-working man in the business. I barely went out last year and still accidentally caught 17 Questlove DJ sets. Even a simple walk to Olive Garden can turn into dancing to Chaka Khan while Questo picks his hair with a breadstick.